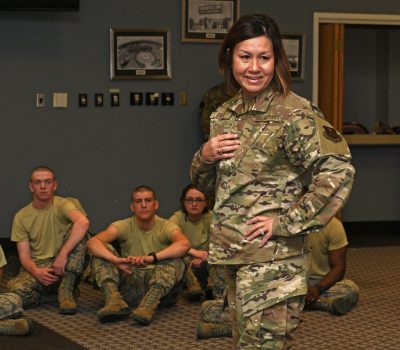 By Rachel S. Cohen
Chief Master Sgt. JoAnne Bass will become the 19th Chief Master Sergeant of the Air Force, and the first woman to serve as the highest ranking non-commissioned officer of any U.S. military service. Gen. Charles Q. Brown Jr., who will take over as Chief of Staff later this summer, picked Bass to follow outgoing CMSAF Kaleth Wright. Bass’s selection sets up a historic leadership slate for the Air Force: It will become the first military branch run by a Black Chief of Staff and a female enlisted Chief. Bass currently serves as command chief master sergeant for Second Air Force at Keesler Air Force Base, Miss. She is the top enlisted adviser for Air Force-run training courses that graduate 150,000 military personnel each year. 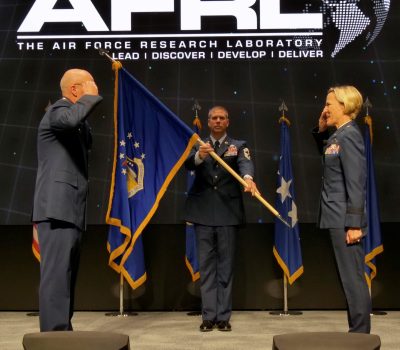 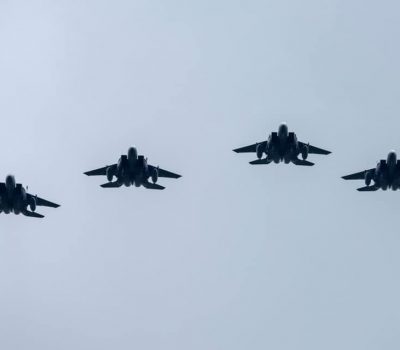 By Jennifer-Leigh Oprihory
As members of RAF Lakenheath’s 493rd Fighter Squadron gathered on the RAF Mildenhall flightline on June 18 to pay their final respects to their deceased colleague, 1st Lt. Kenneth “Kage” Allen—who died in a June 15 F-15C crash in the North Sea—F-15Es from the 494th Fighter Squadron flew a Missing Man formation to honor him. 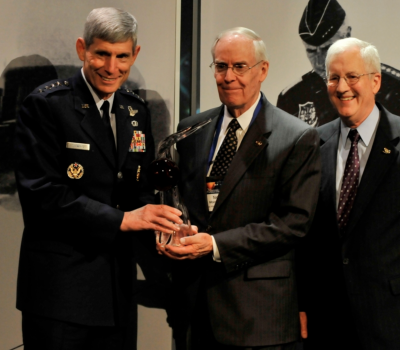 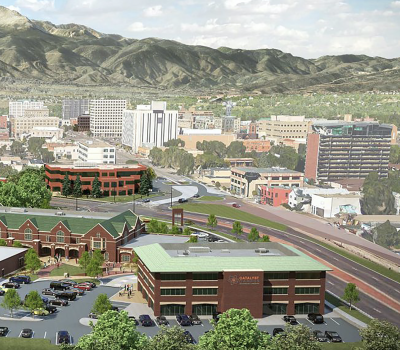 By Shaun Waterman
The competition is open for the next cohort of small and innovative companies vying to benefit from a three-month residency at the Colorado Springs campus of the Catalyst Space Accelerator. As many as 40 startups are expected to apply for the eight slots available, developing technology that can secure increasingly software-driven spacecraft against foreign hackers and cyberspies. The contest comes as the program is being moved to the new Space Force.

The two senior commanders on a coronavirus-stricken aircraft carrier didn’t “do enough, soon enough,” to stem the outbreak, the top U.S. Navy officer said Friday, a stunning reversal that upheld the firing of the ship’s captain who had pleaded for faster action to protect the crew.

Keep Modernization of the Ground Based Strategic Deterrent Program on Track

TRICARE Prescriptions Would Be Free During Pandemic Under New Proposal

The Navy now understands what has been causing physiological events in aviators—which spiked so sharply in 2017 that flight instructors refused to get into their jets to train new student pilots—with a recently completed root cause analysis pointing to a complex relationship between aircrew, their flight gear, and their aircraft.

The director of the Space Development Agency Derek Tournear again made the case that the agency needs at least two years to prove its business model before it is merged with the U.S. Space Force. “I would contend that we need enough runway to be able to demonstrate that military utility,” Tournear said June 18 during an online chat with Chuck Beames, chairman of the industry group SmallSat Alliance.

A wave of sophisticated cyber attacks against the NSW government and other critical Australian infrastructure spurred Prime Minister Scott Morrison's warning for the nation to be on guard against more attempted hacks. Australian security agencies believe China is behind the cyber raids on all levels of government, industry and critical infrastructure including hospitals, local councils and state-owned utilities.

As the Defense Department deliberates future missile warning plans, senior officials say the second iteration of the Next Generation Overhead Persistent Infrared constellation could include multiple satellites in low Earth orbit, a revolution in the traditional U.S. approach to early warning.

Airmen can participate in the challenge by submitting their ideas via the Airmen Powered by Innovation platform to solve problems related to automation or elimination of menial tasks. Additionally, peers can provide live input and vote for their favorite proposals.

The Texas Guard team, whose entry focused on development of 3D printer technology, beat out 110 submissions nationwide. Competitors pitched their ideas in rounds at the unit, state, and regional levels. The winners advanced to the final round, held June 12.

A female National Guard Soldier has successfully completed the final stage of the Army's Special Forces Qualification Course (Q Course), but she's not a Green Beret yet. The soldier finished the grueling three-week evaluation known as Robin Sage this week, but she is still in the final counseling phase, in which she and other students receive evaluations from course staff.

Turkey Now Has Swarming Suicide Drones It Could Export

The Turkish military reportedly plans to buy more than 500 quad-copter-type Kargu series loitering munitions, or suicide drones, in the near term. The Kargus, at present, can operate in semi-autonomous or manually controlled modes, but work is underway to give up to 20 of them the ability to carry out mass attacks as a swarm, which could give Turkey's troops a potentially game-changing new capability.

Several hundred "Dreamers" in the military received a conditional guarantee from the Supreme Court on June 18 that they could continue serving without fear of deportation by the Trump administration. In the second surprising ruling this week with major implications for the military, the Supreme Court barred the administration from ending protections for about 700,000 immigrants brought to the U.S. illegally as children.

Alaska Has Removed the "Into the Wild" Bus

More than 28 years after Chris McCandless took up residence there, an Army National Guard helicopter airlifted the abandoned vehicle out of the backcountry.