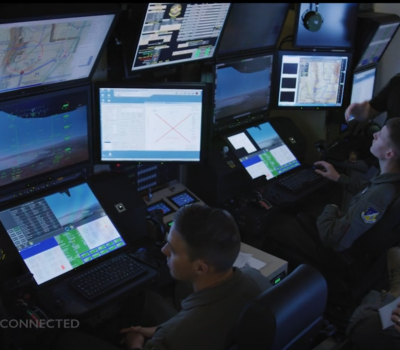 By Jennifer-Leigh Oprihory
Air Education and Training Command’s RPA Training Next effort wants to overhaul how the Air Force builds future RPA pilots and sensor operators. More specifically, it wants to give these Airmen more personalized journeys through the RPA training pipeline instead of making them adhere to a one-size-fits-all path to their careers. 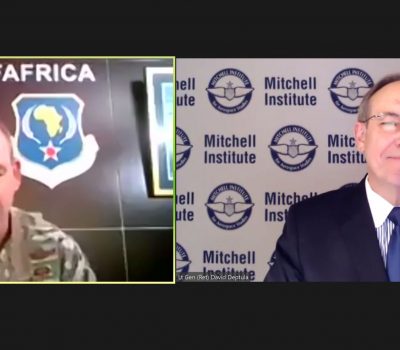 By Brian W. Everstine
U.S. Air Forces in Europe will host its own Advanced Battle Management System experiment next spring. The exercise will bring in allies and take advantage of new Joint All-Domain Command and Control capabilities to speed up intelligence, surveillance, and reconnaissance targeting, USAFE boss Gen. Jeffrey L. Harrigian said at a virtual June 29 Mitchell Institute for Aerospace Studies event. Harrigian said his goal with ABMS is to use “layered ISR capabilities” to “refine our timelines, to take data from different sensors, and provide those to shooters that would be available to us.” The Air Force has a series of the experiments planned, each hosted by different commands. 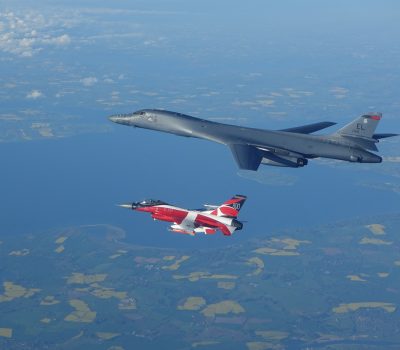 By Brian W. Everstine
The unprecedented pace of bomber task force deployments to Europe recently has allowed USAF's strategic forces to train with allies they haven’t flown alongside before in areas generally unfamiliar to the bombers, the head of U.S. Air Forces in Europe said. The task force flights, which recently have been flown direct from the continental U.S., have ventured into the Black Sea, the Baltics, and even the Arctic to demonstrate how well U.S. Strategic Command and Air Force Global Strike Command are able to integrate with allies, USAFE boss Gen. Jeffrey L. Harrigian said June 29 at a virtual Mitchell Institute event. “We were able to generate these sorties and coordinate them from across Europe to facilitate training opportunities, demonstrate interoperability, and, at the end of the day, ensure ... we continue to refine what I’ll call our muscle memory to operate across Europe,” Harrigian said. 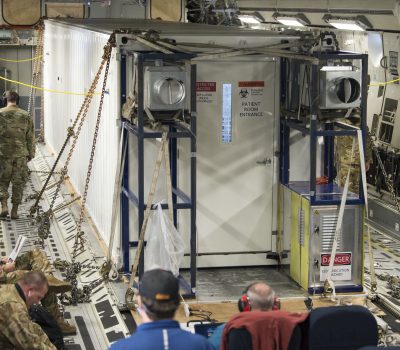 By Alyk Russell Kenlan
The first operationally ready Negatively Pressurized Conex arrived in Ramstein Air Force Base, Germany, on June 24. The adapted shipping container can fit onto C-17 and C-5M aircraft, and can safely transport up to 23 COVID-19 patients without risking contamination of the aircrew or aircraft, according to a USAF release. The NPC has been in development since early April, when Air Mobility Command and Air Force Materiel Command leaders called for a method to move large numbers of COVID-19 patients, should the need arise. “The NPC allows us to perform those life-saving movements in only hours,” said Col. Timothy Mach, Air Mobility Command Requirements Division chief. 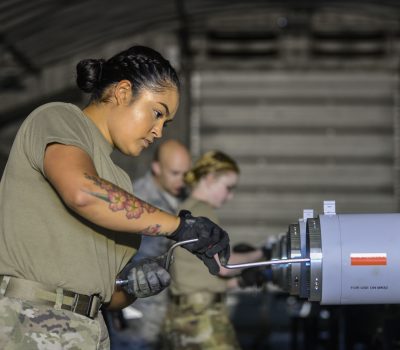 By Alyk Russell Kenlan
Airmen from Eielson Air Force Base in Alaska recently finished the first bombs for the 354th Fighter Wing’s F-35A strike fighters. Eielson, which received its first two F-35s on April 21, is the first Pacific Air Forces base to host F-35s. The fighter delivery and munitions manufacturing are part of a shift for the 354th Fighter Wing as they start a combat mission alongside ongoing Red Flag-Alaska training exercises.

The White House briefed eight House Republicans on intelligence that Russia offered bounties to Afghan militants who targeted U.S. troops for assassination, according to Trump administration officials and congressional sources. Noticeably absent from the briefing, which are traditionally bipartisan affairs, were any Democrats, despite controlling both House panels. House Majority Leader Steny Hoyer (D-Md.) is expected to bring a group of Democratic members to the White House for a briefing Tuesday at 8 a.m. EDT.

Testing More, the Air Force is Seeing a Coronavirus Spike Among Basic Trainees in San Antonio

Coronavirus cases have accelerated among Air Force recruits in San Antonio since the service ramped up testing five weeks ago, including a recent spike of 13 cases in one week.

Air Force Vice Chief of Staff Gen. Stephen W. Wilson and Vice Chief of Naval Operations Adm. William K. Lescher signed a Memorandum of Agreement June 24 transferring the lead responsibility of Joint Base Anacostia-Bolling, Washington, D.C., from the Navy to the Air Force. While the base will remain under Navy authority until the new fiscal year in October, the memorandum signature signifies the next milestone in the transfer process. “More than half of the mission sets on JBAB fall under the Air Force, so it made sense for us to assume the responsibility for prioritizing installation and mission-support resourcing at the base,” Wilson said.

So far, Iran says it officially limits the maximum range of its ballistic missiles to 2,000 km; sufficient to reach Israel and Saudi Arabia, the stated foes of the Iranian regime. The U.S. government maintains that Iran’s Satellite Launch Vehicle development is a cover for building long-range ballistic missiles and this analysis does not contradict that assertion.

The Surge Nobody’s Talking About: The U.S. War in Somalia

For the better part of two decades, U.S. military operations in Somalia have been shrouded in secrecy. In 2002 or 2003, President George W. Bush sent Special Forces and CIA officers to Somalia to capture or kill members of al-Qaeda believed to be responsible for the 1998 bombings of the U.S. embassies in Kenya and Tanzania. In January 2007, the Bush administration carried out its first airstrike against suspected members of al-Qaeda in Somalia using an AC-130 gunship. Four and a half years later, the United States, under President Obama, launched its first publicly acknowledged drone strike in Somalia. From 2012 to the end of the Obama administration, the U.S. Africa Command, which oversees operations in Somalia, publicly declared it had conducted a grand total of 33 airstrikes in Somalia (15 more strikes have also been alleged, though not confirmed).

From March 2014 to Sept. 2017, Johnson, a travel coordinator in the Office of the Air Force Secretary, allegedly used a government-issued Citibank card to obtain over $1.1 million in cash advances at Bank of America branches in Maryland, Virginia, and Washington, D.C., wrote U.S. Attorney Robert K. Hur.

A lucky Buddha figurine, a flight suit, several 3-cent stamps, a crumpled 1952 Mass schedule for St. Patrick’s Church in Washington, D.C., and 480 bags containing individual human remains. Those were among the items recovered this month from Alaska’s Colony Glacier, where an annual somber search continues for human remains and debris after a military plane crashed 67 years ago, officials said Friday.