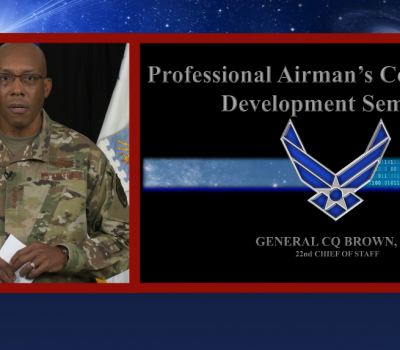 By Brian W. Everstine
The Air Force is on a path to match its 2019 suicide level, despite a service-wide tactical pause and efforts to curb the spread, as stresses related to COVID-19 have added to the problem, the service’s top officer said Aug. 26. “One of my concerns here is COVID adds stress and we are, from a suicide perspective, we are on a path to be as bad as last year,” Air Force Chief of Staff Gen. Charles Q. Brown Jr. said during an appearance at a virtual Air Force Sergeants Association's conference. “And it’s not just an Air Force problem, this is a national problem, because COVID actually adds some additional stressors.” Brown told the audience of Airmen, “I’ll be honest with the collective, we’re struggling to figure out how to deal with this.” 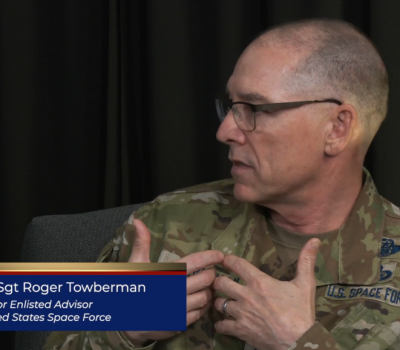 Space Force Waiting on Capitol Hill for its Ranks

By Brian W. Everstine
Space Force Senior Enlisted Adviser Chief Master Sgt. Roger A. Towberman said the new service wanted to announce the new enlisted ranks for the service, but a proposed amendment to the fiscal 2021 National Defense Authorization Act by former Sailor Rep. Dan Crenshaw (R-Texas), which calls on the Space Force to use U.S. Navy ranks, put that on hold. “We’ve got to let that law, that legal system, play out and so until it plays out, there’s really no point moving forward,” Towberman said during the Air Force Sergeants Association’s virtual conference Aug. 26. “We’re ready to execute. I’m ready to be a master chief if that’s what the law says I’ll be. We’re ready to pivot and do something else if we’re asked to do something else. 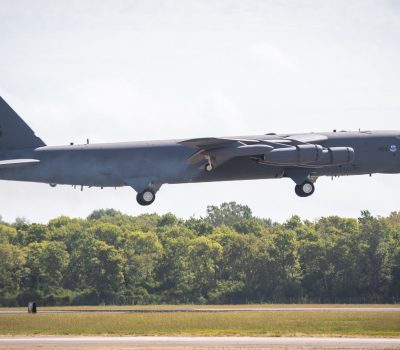 By John A. Tirpak
A strengthening Hurricane Laura has prompted 8th Air Force to move its B-52H bombers from Barksdale Air Force Base, La., to other locations, but the base is not planning to evacuate its personnel, a 2nd Bomb Wing spokesman said. Ellington Field Joint Reserve Base in Texas is keeping its MQ-9s and F-16s hangared to ride out the storm. Laura is expected to make landfall as a Category 4 storm with winds up to 156 mph, and is expected to retain Category 1 strength, with winds up to 95 mph, when it reaches the northern part of the state. 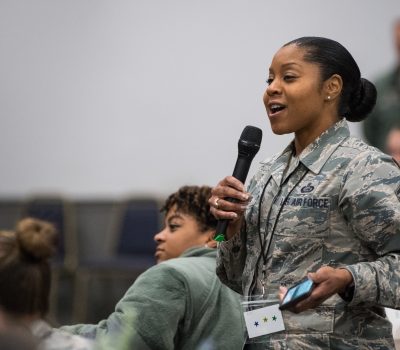 By Jennifer-Leigh Oprihory
Air Force Global Strike Command’s third Women’s Leadership Symposium—to be held virtually from Sept. 1-2—will tackle the promotion of diversity and inclusion within its ranks, the unique issues women Airmen face at work, and how all of that impacts retention. Women comprise 19 percent of Global Strike’s manpower and 20 percent of USAF’s Active-duty force, making them “the largest underrepresented group” in the service and major command alike said A3/6 Directorate Chief and 2020 event chair Maj. Kim C. Rigby in an Aug. 25 interview with Air Force Magazine. “When we really look at issues that impact them [and] what barriers we face to service, we start uncovering a lot of pieces,” she said. “We start peeling back that onion, and a lot of times, those policies that may be in place or those restrictions or barriers, when we're able to lift those for women, they oftentimes benefit everyone.”

Four troops have been diagnosed with mild concussion-like symptoms after the incident, according to a draft Pentagon statement reviewed by POLITICO. A second U.S. source briefed on the matter confirmed that multiple U.S. troops were injured.

For US Air Force Pilots, the Toughest Training Flights Are Going Virtual

A new simulator campus at Nellis Air Force Base, Nev., could be key for the U.S. Air Force as it grapples with the question of how it can train pilots against complex threats like Russia and China at a budget-friendly cost. On Aug. 17, the Air Force opened the doors of the Virtual Test and Training Center, or VTTC, a new, $38 million building where pilots will practice advanced tactics in a simulated environment that replicates war against a near-peer nation.

New START’s Demise Could Cost DOD $439B, or Nothing: CBO

The Congressional Budget Office study finds that one B-21, with 10 Long-Range Stand-Off (LRSO) cruise missiles and eight nuclear warheads, would cost $500 million, and $40 million a year (in 2020 dollars) to maintain.

The White House’s new initiative will fund a series of academic and private sector research and development hubs linked to federal agencies to work on foundational problems and “pursue transformational advances” across topics like quantum computing, machine learning, and computer vision.

Defense hawks in Congress are pushing a contentious plan to give the Pentagon a stronger hand in crafting nuclear weapons budgets, but the Trump administration has been sending mixed messaging over recent weeks about whether the change is needed.

Machine learning is transforming the way an Air Force office analyzes and certifies new flight configurations. The Air Force SEEK EAGLE Office sets standards for safe flight configurations by testing and looking at historical data to see how different stores—like a weapon system attached to an F-16—affect flight. A project AFSEO developed along with industry partners can now automate up to 80 percent of requests for analysis, according to the office’s Chief Data Officer Donna Cotton.

OPINION: How to Compete in Cyberspace

A federal court has struck down a Pentagon policy requiring immigrant troops to serve for six months to a year before they are eligible for expedited citizenship. In an Aug. 25 ruling, a judge in the U.S. District Court for the District of Columbia sided with arguments that the minimum service requirement is “arbitrary and capricious” and violates the Administrative Procedure Act.

As part of efforts to continue discussion of race and inequalities across the force, the U.S. Air Force has launched a new series of educational videos designed to promote understanding and meaningful dialogue.

OPINION: What the Heck Is Wrong with You, Space Force?

‘When you unveiled the Space Force logo, many immediately saw it as an homage to ‘Star Trek‘ (even though our Delta was an homage to the previous military space insignias),” writes “Star Trek” actor William Shatner. “Why not borrow back from ‘Star Trek‘ and adopt our ranks as well? We took them from the Navy for good reason, even though Gene Roddenberry was a veteran of the U.S. Army Air Corps. They made better sense when talking about a (space) ship.”

Wing Commander Brig. Gen. Doug Schiess said that if the current manifest holds, the Florida Space Coast will see 39 launches in 2020, compared to 18 launches in 2019 and 24 in 2018. “And so the launches are continuing to increase, that’s due to national security space missions and a huge part due to our commercial missions,” said Schiess.

Secretary Esper will speak at AFA’s virtual Air, Space & Cyber Conference and is taking questions from the audience! Click the link above to submit your question by Friday, Sept. 4, then listen to see if he answers it on Sept. 16 at 10 a.m. EDT.

That Time the Air Force Tossed Cats in Zero Gravity

It's been a pretty lousy year, so it’s time to break out a truly powerful mood corrector: the government's proud legacy of space cats and cat physics.