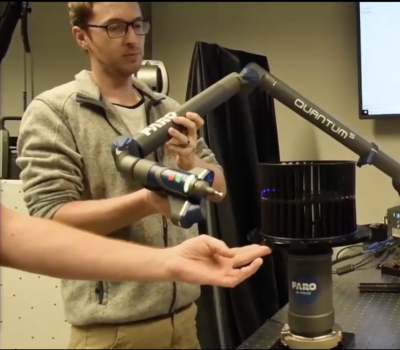 By Rachel S. Cohen
The Department of the Air Force’s Advanced Manufacturing Olympics showcase kicked off this week with a look at where military sustainment has come so far and what more it has to accomplish. The event began over the summer, with multiple challenges where 64 teams can win up to $100,000 in prize money. Air Force Secretary Barbara M. Barrett said participants will “directly influence” a new roadmap that is in the works this year to spread those techniques across the Air Force and Space Force. 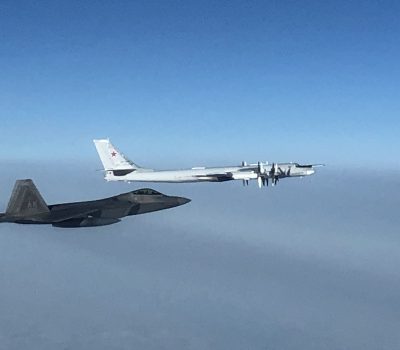 By John A. Tirpak
F-22s intercepted a Russian air package comprised of Tu-95 Bear missile carriers, Su-35 Flankers, and an A-50 Mainstay AWACS-type aircraft off the coast of Alaska on Oct. 19, NORTHCOM reported. The incident was one of an increasing number of Russian sorties into the Alaskan Air Defense Identification Zone in recent months. Neither side engaged in any unprofessional or dangerous maneuvers, NORTHCOM said. 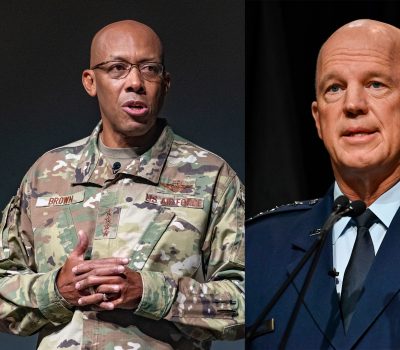 By Jennifer-Leigh Oprihory
Air Force Chief of Staff Gen. Charles Q. Brown Jr. and Space Force Chief of Space Operations Gen. John W. “Jay” Raymond have both returned to work at the Pentagon following a COVID-19 scare among the Joint Chiefs of Staff, USAF spokesperson Ann M. Stefanek confirmed to Air Force Magazine on Oct. 20. Brown, Raymond, and other top brass self-quarantined at home after Coast Guard Vice Commandant Adm. Charles W. Ray tested positive for the new coronavirus on Oct. 5, in case they were unknowingly exposed during Pentagon meetings the week prior. 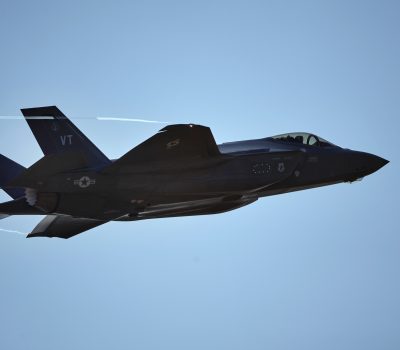 By John A. Tirpak
The Air Force has asked industry to submit papers on concepts and technologies underlying a new generation of small, highly stealthy and flexible ground attack munition, called the Global Precision Attack Weapon. The GPAW is supposed to be effective against hard and deeply-buried targets. The Broad Agency Announcement suggested the weapons will likely work collaboratively, using artificial intelligence and autonomy. Though the Air Force wants responses within a year, it didn't say when it expects to field the GPAW. 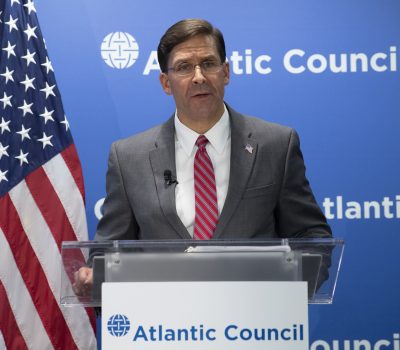 By Jennifer-Leigh Oprihory
Defense Secretary Mark T. Esper on Oct. 20 said that the Pentagon's proposed posture shift in Europe, which is slated to pull nearly 12,000 troops out of Germany, end Spangdahlem Air Base's fighter mission, and relocate U.S. Africa Command's headquarters, looks to more effectively deter Russia. During an in-person appearance at the Atlantic Council think tank in Washington, Esper said the more eastward the U.S. can pivot its personnel and assets, the better job it can do of safeguarding its allies and partners from the Russian threat. Esper also said the National Guard Bureau's State Partnership Program, which was created in 1993 to cultivate bonds “with former Soviet Bloc nations,” needs to prioritize “frontline and emerging partner nations to compete with China and Russia.” 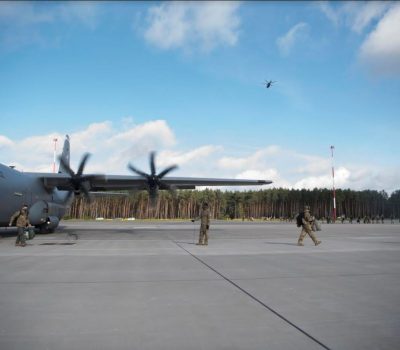 By Jennifer-Leigh Oprihory
About 85 Airmen and three C-130J aircraft from the 37th Airlift Squadron at Ramstein Air Base, Germany, are supporting Aviation Detachment Rotation 21.1, U.S. Air Forces in Europe-Air Forces Africa spokesperson Tech Sgt. Rachel Waller told Air Force Magazine in an Oct. 20 email. These rotations consist of exercises and deployments held across Europe that are engineered to boost USAF’s interoperability with partner militaries, keep joint readiness on point, and assure the nation’s allies in the region, Waller wrote. Airmen from the 52nd Operations Group’s Detachment 1—which is based out of Lask Air Base, Poland, managed and supported by Spangdahlem Air Base’s 52nd Wing, and manned by USAF units that rotate in and out of the base—are also supporting the training exercise, Waller said. 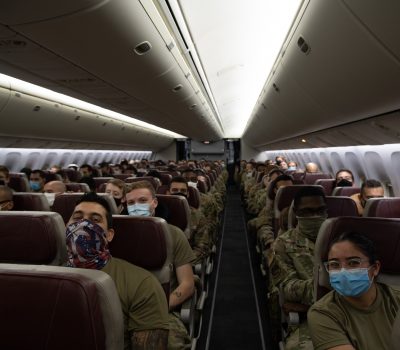 Russia said Oct. 20 it would be open to a mutual nuclear warhead freeze with the United States in exchange for extending the last nuclear treaty between Moscow and Washington for a year. The offer, made in a statement by the Russian Foreign Ministry, injects new life into talks that days ago appeared dead after both sides rejected the other’s latest offer.

Pentagon Estimates Cost of New Nuclear Missiles at $95.8B

The Pentagon has raised to $95.8 billion the estimated cost of fielding a new fleet of land-based nuclear missiles to replace the Minuteman III arsenal that has operated continuously for 50 years, officials said Oct. 19. The estimate is up about $10 billion from four years ago.

Company executives dropped some not-so-subtle hints about the company’s growing backlog of classified military work, including one project that requires erecting a new building at its secretive Skunk Works facility in Palmdale, Calif. They also pointed to revenue growth within the company’s Aeronautics division, which includes the Advanced Development Programs shop that created the fabled U-2 and SR-71 spy planes and F-117 stealth attack jet.

The ability to generate "Star Wars"-themed logs of software changes was another part of the recent game-changing experiment.

The center’s creation, which is on the agenda for a meeting of defense ministers on Oct. 22, would come amid space capabilities gaining importance in the defense calculus of global powers. The United States, Russia, and China have invested heavily in space technology in the past years, though many of the activities are closely guarded secrets.

Boeing has been awarded a $30 million contract from the Navy to co-develop the Supersonic Propulsion Enabled Advanced Ramjet flight demonstrator with the Navy’s Air Warfare Center Weapons Division. The contract award comes after the Defense Department requested information from the defense industry to help the Navy determine technical requirements of future carrier-based land and sea strike weapons systems.

Figuring out how to scale up the use of secure digital design and innovative ideas from small firms will be one of the first orders of business for the Space Force command responsible for overseeing all military satellite programs following its official start-up on Oct. 21, says Space Force Director of Operations and Communications Maj. Gen. DeAnna M. Burt.

A future factory called the Hypersonic Production Accelerator Facility—for building potentially thousands of scramjet propulsion systems for hypersonic cruise missiles—may not need the U.S. Defense Department or the defense industry to pay the up-front costs for facilities and equipment.

The 846th Test Squadron at Holloman Air Force Base, N.M., is working to get its hypersonic sled testing program ready for the future Air-Launched Rapid Response Weapon.

What’s So Special About This Toilet? It’s the First One NASA Designed for Women.

The space program’s new titanium throne, or Universal Waste Management System, was launched on Northrop Grumman’s robotic spacecraft Cygnus 14, which was sent to resupply the International Space Station on Oct. 3. And for the first time, the toilet was built to accommodate the needs of female astronauts.