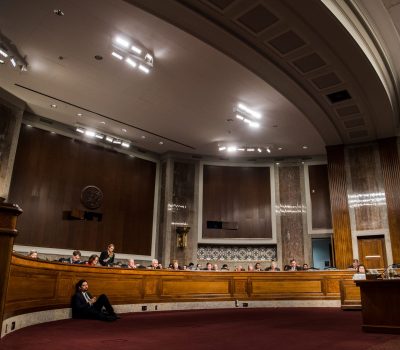 By Rachel S. Cohen
The Senate Armed Services Committee appears likely to maintain its status quo, as the prospect of Democratic control of the Senate has dimmed after Election Day. SASC Chairman Sen. Jim Inhofe (R-Okla.) and Ranking Member Sen. Jack Reed (D-R.I.) won reelection by wide margins on Nov. 3. That positions Inhofe to begin his first full term as committee chairman, after taking over when Arizona Republican Sen. John McCain died in 2018. The GOP’s path to retaining control of the Senate runs through the chamber’s military affairs panel. Eight of the 14 Republicans and three of the 13 Democrats who sit on SASC are up for reelection this year. 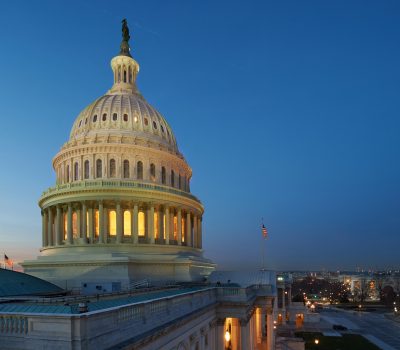 Most HASC Members Reelected to Another Term

By Rachel S. Cohen
The House Armed Services Committee next year will be shaped not only by which members win reelection this week, but also by the members who won’t return and a potential ally in the White House. HASC leadership will remain largely intact, while Republicans will see the most turnover on the committee. Democrats are expected to retain control of the House with a slimmer majority. 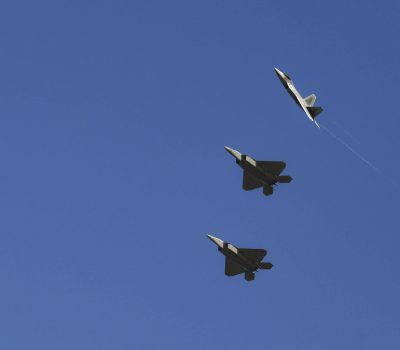 By Brian W. Everstine
About 80 aircraft have come together for Checkered Flag 21-1—a large-scale, air-to-air exercise off the coast of Florida. The exercise, which focuses on integrating fourth- and fifth-generation fighters in several scenarios, runs until Nov. 14 at Tyndall Air Force Base. Participating aircraft include Tyndall’s F-22s and T-38s; F-22s from the 3rd Wing at Joint Base Elmendorf-Richardson, Alaska; F-35s from the 388th Fighter Wing at Hill Air Force Base, Utah; F-15Es from the 366th Fighter Wing at Mountain Home Air Force Base, Idaho; California Air National Guard's F-15s; and F/A-18s from Strike Fighter Wing Pacific at Naval Air Station Lemoore, Calif., according to Tyndall. 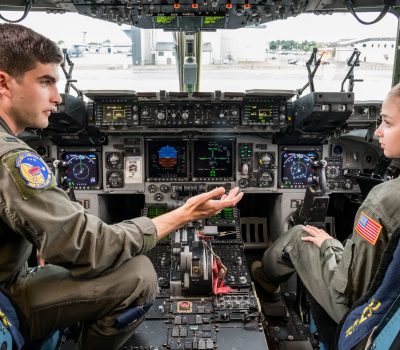 By Jennifer-Leigh Oprihory
The Air Force Junior Reserve Officer Training Corps Flight Academy—which lets qualifying youth become certified as private pilots and start their collegiate studies for free—is returning in 2021 after a pandemic-induced hiatus, according to a Nov. 2 release. AFJROTC high school cadets who will be at least 17 years old by July 9, 2021, and who have at least a 3.0 GPA on a 4.0 scale, may apply for a spot by Nov. 25. “Cadets must be in good standing in their unit, take an Air Force aviation aptitude test, provide instructor and school endorsements, and must have a strong interest in aviation and a ‘never-quit’ attitude,” the program’s web page adds. 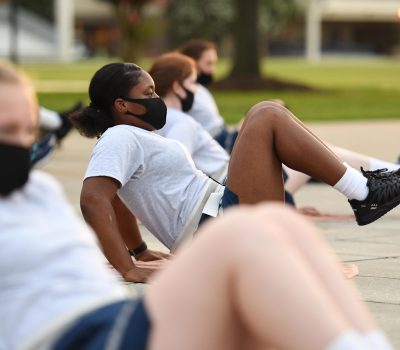 By Brian W. Everstine
Troops can now wear their physical fitness clothing inside base commissaries and exchanges, according to a memorandum from Defense Secretary Mark T. Esper released this week.

Pentagon Scientists Seek Device to Detect COVID-19 in the Air

The U.S. has been fighting the novel coronavirus from a defensive posture—wearing masks, quarantining, and testing, and contact tracing when symptoms arise, at best. But the Defense Department’s team of mad scientists want to know if they can detect COVID-19 in the air and proactively tell people to avoid a specific location.

Military and overseas citizens' ballots are still coming in. Will they make a difference?

Beginning early next year, the Pentagon will host the first opportunity for industry to demonstrate counter-drone technology aimed at small systems, the next step in a plan to test out new capabilities twice a year at common test ranges, according to Army officials in charge of the effort.

Tax Breaks Coming to Some Vets, Surviving Spouses in These 3 States

While many races from the Nov. 3 elections remained too close to call hours after the polls closed, voters in three states moved decisively to approve measures aimed at offering support and appreciation—in the form of tax breaks—to veterans.

One of the first projects the new DeSel lab will work on is testing structures for a futuristic capability that could be enabled by on-orbit assembly and manufacturing: space-based solar power.

The 355th Wing at Davis-Monthan Air Force Base, Ariz., this week has launched a training exercise to prepare rescue personnel to respond in deserts or other austere battlefields.

For almost 30 years, the aircraft supported a wide variety of radar, communications, and other flight test programs in cooperation with the Air Force.

What’s 24 years old, made of metal, smokes a lot, and is expertly operated by Air Force Chief of Staff Gen. Charles “C.Q.” Brown Jr.? No, it’s not an F-16 fighter jet: it’s a side fire box smoker that Brown has used to barbeque countless tasty meals when he’s not planning the future of American airpower.