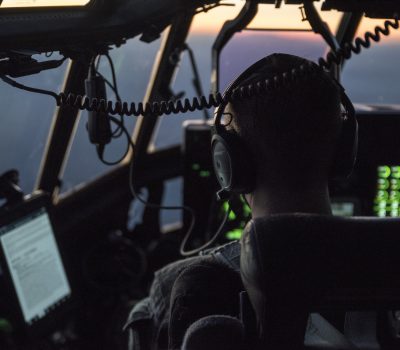 By Rachel S. Cohen
More people are opting to stay in the Air Force than at nearly any other time in the past 20 years, choosing to stay put amid pandemic-era economic uncertainty. In the past two decades, the only time retention outpaced the current rate was after the 9/11 terror attacks, according to the Air Force. “Some of that probably reflects the economic challenges and things associated with COVID,” Lt. Gen. Brian T. Kelly, the Air Force’s deputy chief of staff for manpower, personnel, and services, told reporters Dec. 1. “But it also hopefully reflects a little bit of our ability to start to provide that kind of culture and environment where Airmen and families want to stay with us, and want to be part of what the mission of the United States Air Force is.” 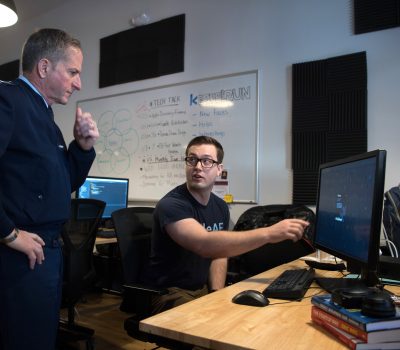 By Rachel S. Cohen
The Department of the Air Force is working to create new career fields in areas like software development, data science, artificial intelligence, and machine learning, hoping to attract digital experts away from private-sector technology jobs and bring the service into the 21st century. Lt. Gen. Brian T. Kelly, the Air Force’s deputy chief of staff for manpower, told reporters Dec. 1 that officials are considering the details of how those new jobs would work and how many people might need to fill them. “We see ... the potential for two or three more career fields that we don't have today,” he said.

By John A. Tirpak
The first simulators for the T-7A advanced jet trainer are taking shape at Boeing's St. Louis, Mo., facilities, the company announced Dec. 1. The devices will match the environment, as well as visual and physical cues of the actual aircraft, in almost every way, the company said. The sims will have open missions systems architecture, and software drops to ground-based trainers and aircraft will be simultaneous, Boeing said. The first T-7A unit at Joint Base San Antonio-Randolph, Texas, will be equipped with the devices in 2023. 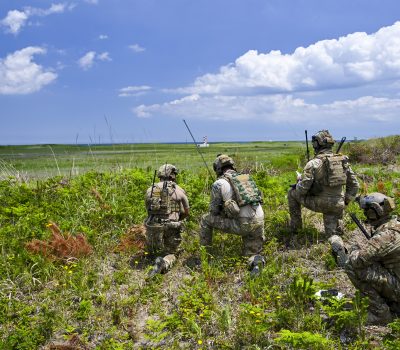 By Brian W. Everstine
The lack of training ranges and airspace in Japan are making it difficult for U.S. aircrews to maintain readiness during the pandemic, the head of U.S. forces in Japan said. U.S. and Japanese aircraft and personnel need to leave the country for high-end training, often traveling to major exercise such as a Red Flag in the United States, said Lt. Gen. Kevin B. Schneider, commander of 5th Air Force and U.S. Forces Japan, during a virtual Air Force Association event. Although there are ranges inside Japan, such as the Draughon Range near Misawa Air Base or a smaller space at Camp Fuji, those locations face encroachment issues with local populations and local officials are hesitant to allow events even if they use inert training munitions. However, Japan has shown a “genuine appetite that they want to do more with us,” and the U.S. needs “to find ways to do more with the opportunities that we have here in Japan,” Schneider said. “I believe it chips away at our deterrence value if we’re having to take the show on the road and go somewhere else to train.” 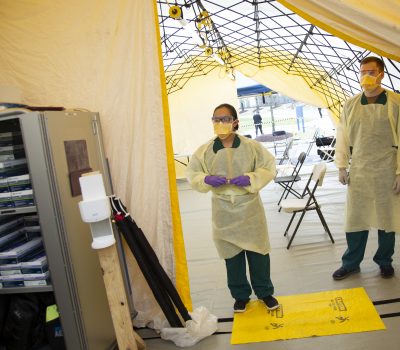 By Jennifer-Leigh Oprihory
As the COVID-19 pandemic continues to ravage the country, the Walter Reed National Military Medical Center—which recently treated President Donald J. Trump after he contracted the new coronavirus disease—told Air Force Magazine it is poised to handle the surge predicted to grip the nation this holiday season. The Bethesda, Md.-based hospital’s ability to expand its inpatient and intensive care unit operations lies at the heart of this readiness, the office wrote in a Nov. 30 response to questions from the magazine. 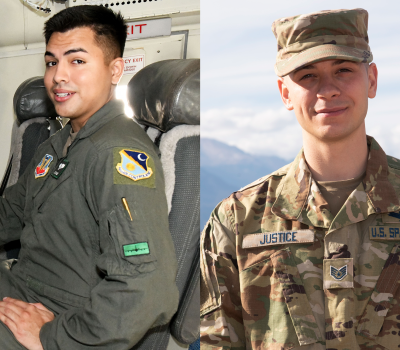 In the podcast’s debut episode, host and retired Air Force Lt. Col. John “Slick” Baum—a former Air Force Weapons School instructor and Thunderbird pilot—lays out the case for aerospace power. He starts from the beginning, and speaks with Mitchell Institute Dean and retired Lt. Gen. David A. Deptula to explain the importance of aerospace power. He then interviews Douglas Birkey, the institute’s executive director, to fully develop the fundamental theories of aerospace power, cover the history of aerospace theory, and talk about the challenges with today’s aging fleet and an unfunded Space Force. Slick ends the episode with laying out the threats that the U.S. faces in the aerospace domains, and how the U.S. is taking these threats head-on.

The top official leading the Pentagon's Defeat-ISIS Task Force resigned Nov. 30, becoming the latest senior official to be fired or asked to resign in recent days, part of a White House-directed post-election purge that saw some of the senior-most Defense Department civilians ousted in a matter of days.

What Do Pentagon Leaders Aim to Achieve Before Inauguration Day?

Defense Department acquisition chief Ellen Lord, speaking during the American Institute of Aeronautics and Astronautics Ascend conference on Nov. 18, said she is focused on protecting the supply chain and helping the acquisition system adapt to acquire software.

Experts expect President-elect Joe Biden’s administration to build on the Trump administration’s investments in emerging technologies, while adding to research and development budgets in the Defense Department and across the federal government.

OPINION: Are AI Professionals Actually Unwilling to Work for the Pentagon?

The United Kingdom has received an additional batch of Lockheed Martin F-35B Lightning fighters, with the arrival of three new aircraft into their RAF Marham main operating base on Nov. 30.

SES to Provide Satellite Connectivity for US Military ‘Internet of Things’

SES has been tapped to provide satellite-based communications for the Advanced Battle Management System.

Chinese scientists have built what they claim is a revolutionary plane engine for Mach 16 flight. An aircraft powered by the engine could reach anywhere in the world within two hours, they said.

Veterans Tuned into a ‘Live’ Town Hall with VA Secretary Wilkie. It Was Prerecorded

Most—if not all—of a community town hall touted as a 'Veterans Experience Live' event with Veterans Affairs Secretary Robert Wilkie on Nov. 30 on Facebook was prerecorded—a staging that disappointed veterans who tuned in hoping the Secretary would respond to a few of their questions. The virtual event, for veterans, families, caregivers, survivors, and others interested in the veterans community, featured the VA Secretary responding to prescreened, prerecorded questions on topics ranging from suicide, community care, and military spouse employment.

An Afghan major under U.S. protection at a U.S. base after the Pentagon reversed its decision to approve his move to the United States, said he has been told he will be forced to leave the base if he does not rejoin the Afghan air force. Maj. Mohammed Naiem Asadi, one of the Afghan military’s few elite attack helicopter pilots, his wife, and his 4-year-old daughter had been approved to seek refuge in America in early October due to being in “imminent danger of being killed by the Taliban,” approval documents and emails shared with Stars and Stripes showed.

A huge, already damaged radio telescope at the Arecibo Observatory in Puerto Rico that has played a key role in astronomical discoveries for more than half a century completely collapsed on Dec. 1. The telescope was built in the 1960s with money from the Defense Department amid a push to develop anti-ballistic missile defenses. It had endured hurricanes, tropical humidity, and a recent string of earthquakes in its 57 years of operation.