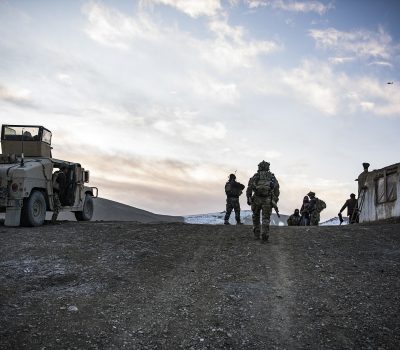 Milley: After ‘Modicum of Success’ in Afghanistan, Drawdown Underway

By Brian W. Everstine
The Pentagon has approved plans to draw down to 2,500 troops in Afghanistan, focusing on a smaller number of bases and continuing the advising and training role as well as the counterterrorism mission. “After 20 years, [and] two decades of consistent effort there, we’ve achieved a modicum of success," Chairman of the Joint Chiefs of Staff Gen. Mark A. Milley said Dec. 2. Acting Defense Secretary Christopher C. Miller recently approved recommendations from U.S. Forces-Afghanistan and U.S. Central Command commanders, and efforts to withdraw troops by the Jan. 15 deadline are underway, he added. Under an agreement with the Taliban, NATO forces would leave Afghanistan by May if conditions are met, but President Donald J. Trump last month ordered the U.S. to pull thousands of troops out before the Jan. 20, 2021, inauguration. 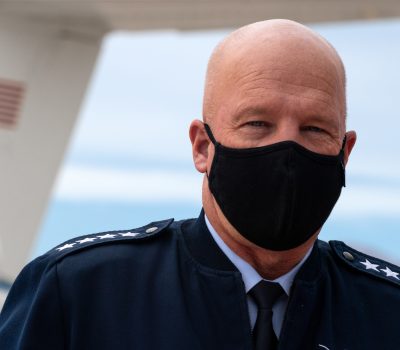 By Rachel S. Cohen
The Space Force’s top general this week indicated the Air Force will create an organization to offer aircraft and other resources in support of U.S. Space Command. “All the services will have a service component, because this isn't space for space's sake,” Chief of Space Operations Gen. John W. “Jay” Raymond said Dec. 2 at RAND Corp.’s annual West Coast Aerospace Forum. “This is a much broader view of joint warfighting and it's going to require the full weight of the joint force to handle that.” The Air Force is the only military service without a dedicated group tasked to SPACECOM. 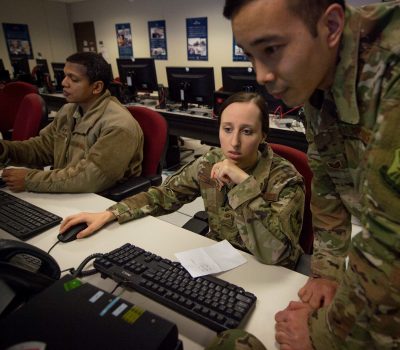 By Rachel S. Cohen
Aerospace experts offered a peek into how joint all-domain command and control might begin changing the Air Force over the next few years, during RAND Corp.’s West Coast Aerospace Forum on Dec. 2. Expect the upcoming fiscal 2022 and 2023 budgets to majorly accelerate combat networking demonstrations and related technology development, according to Lt. Gen. S. Clinton Hinote, the Air Force’s deputy chief of staff for strategy, integration, and requirements. “This is the most critical thing we are going to do as a joint force to make ourselves more capable,” he said. 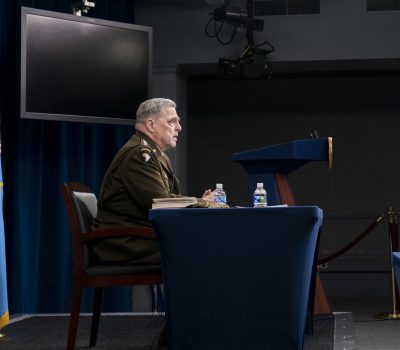 By Brian W. Everstine
The Pentagon needs to take a look at the need for overseas bases, deployments, and exercises as the country grapples with the fiscal impacts of the COVID-19 pandemic and other priorities, the military’s top officer said Dec. 2. Chairman of the Joint Chiefs of Staff Gen. Mark A. Milley, speaking at a virtual Brookings Institution event, said the Defense Department’s budget, after years of growth, will “start flattening out." and “could actually decline significantly.” The Defense Department needs to adjust its priorities to ensure it can optimize the money it does get, he said. “There’s a considerable amount of money that the United States expends on overseas deployments, or overseas bases and locations, etc. Is every one of those absolutely positively necessary for the defense of the United States? Is every one of them tied to a national security interest? Is every one of those exercises that we do really, critically important?” asked Milley. 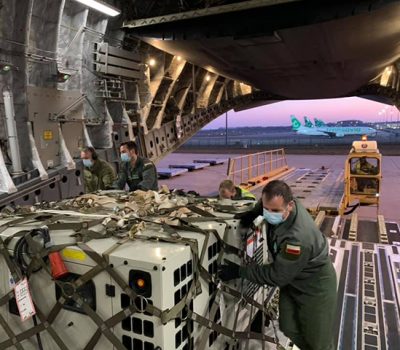 By Brian W. Everstine
The Strategic Airlift Capability’s Heavy Airlift Wing sprung into action early in the COVID-19 pandemic to deliver desperately needed protective equipment within weeks in what became a “defining moment” for the program, the HAW’s commander said. The 12-year-old SAC, which includes three Globemaster IIIs jointly purchased and flown by the U.S. and 11 other nations out of Papa Air Base, Hungary, is tasked with delivering materiel, especially humanitarian aid, for its member nations. The wing’s expertise in international operations and established diplomatic connections made it uniquely suited to provide quick and effective airlift at a time when its member nations needed it most, HAW Commander USAF Col. James Sparrow said during a virtual SMi Group conference on international airlift on Dec. 2. “We have the capacity and capability to push through logistics and diplomatic processes and in hours versus days we can get our aircraft into the air very quickly,” Sparrow said.

Despite losing reelection, President Donald J. Trump is plowing ahead with plans to release this month a detailed Pentagon budget for the next fiscal year, plumping up proposed 2022 funding for its key defense priorities in what budget analysts say is an obvious and unorthodox effort to box in President-elect Joe Biden.

President Donald J. Trump is threatening to veto a defense policy bill unless it ends protections for internet companies that shield them from being held liable for material posted by their users. On Twitter on Dec. 1, Trump took aim at Section 230 of the 1996 Communications Decency Act, which protects companies that can host trillions of messages from being sued into oblivion by anyone who feels wronged by something someone else has posted—whether their complaint is legitimate or not.

SPONSORED—Extending Human Performance Through Technology: The Promise of JADC2

The Air Force’s vision for the seamless, networked warfighting concept known as Joint All-Domain Command and Control, or JADC2, is all about using information to dominate the battlespace: By interconnecting systems across every domain, U.S. forces would seek to increase the operational decision space for all U.S. commanders, overwhelming adversary commanders and shortening decision-making cycles for any opponent that must react.

As the new regime takes effect, the tech industry’s lead trade association would rather higher level certifications be done by the department than independent third parties.

The House Republican Steering Committee on Dec. 1 chose Alabama Rep. Mike Rogers to be the top House Armed Services Republican, according to a source familiar with the situation, beating out Reps. Mike Turner of Ohio and Rob Wittman of Virginia.

The Biden administration should not undo progress made in space policy during the Trump presidency, experts suggest. But they urge incoming leaders to tone down the militaristic rhetoric surrounding space and pay more attention to practical matters like the procurement of next-generation technologies.

OPINION: We Truly Do Live in ‘America the Beautiful’

Many key indicators of well-being among Active-duty military spouses have improved or held steady since 2017, according to the newly released Survey of Active Duty Spouses. The survey looked at spouse attitudes and experiences in the areas of military support and benefits, deployment and reintegration, education and employment, and spouse and child well-being.

According to reports, the Department of Defense is moving ahead with plans to formally build a backup air base at Tinian Island, located just 100 miles to the north of its giant and highly strategic U.S. military airbase on Guam, known as Andersen Air Force Base. This comes as the Pentagon is working to expand its existing airfields located deep in the Pacific and even create new ones that it could use during a major peer-state clash, namely with China, in the vast region.

“I still have nightmares about it,” said one survivor. “I don’t go out in crowded places."