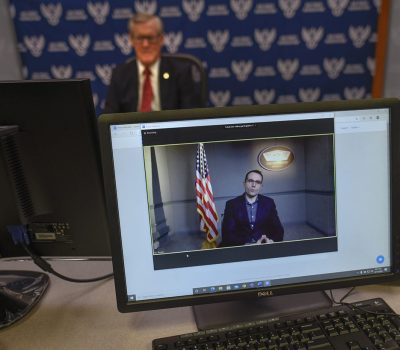 By Brian W. Everstine
The Air Force will flight test the U.S. military’s first hypersonic missile this month, Air Force acquisition boss Will Roper said Dec. 14 at the inaugural Doolittle Leadership Center Forum. Speaking on the theme of “From Acquisition to Lethality,” Roper also described progress on the Advanced Battle Management System, AFWERX, and AFVentures. The forum was produced in partnership with AFA’s Wright Memorial Chapter. 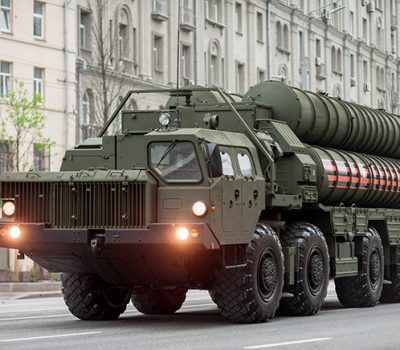 US Sanctions Turkey Over S-400 Buy

By Jennifer-Leigh Oprihory
The State Department on Dec. 14 announced sanctions against Turkey’s Presidency of Defense Industries over its purchase of Russia’s S-400 surface-to-air missile system. SSB is banned from receiving “U.S. export licenses and authorizations,” Secretary of State Mike Pompeo wrote. The U.S. has frozen the assets of and placed visa restrictions on SSB president Ismail Demir and additional officers from the organization. Turkey urged the U.S. to settle the matter through diplomatic channels. 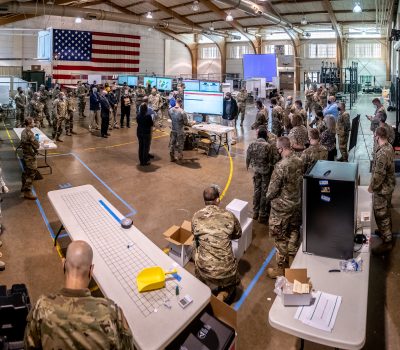 By Brian W. Everstine
As America's first approved coronavirus vaccine is shipped across the country and frontline workers are getting their first jabs this week, National Guardsmen have been activated to assist with transportation. Military airlifters are standing by to support commercial shipping networks as well. Governors in 26 states are planning to use the National Guard in some capacity to help with distributing the Pfizer-BioNTech vaccine that the Food and Drug Administration authorized Dec. 11 for emergency use. “We bring a wide variety of not only capacity to augment the size of the workforce. but also specialized skills within that workforce," Ohio Adjutant General Maj. Gen. John C. Harris Jr. said. “This is exactly what the Guard does.” 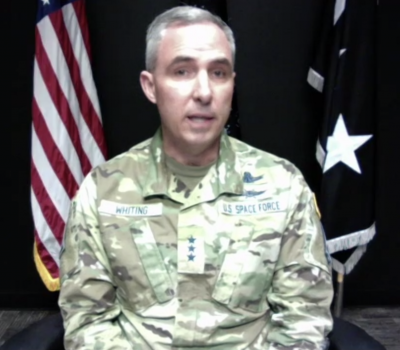 Space Force Commands Working Together to Grow in Year Two

By Rachel S. Cohen
The new boss of the Space Force’s operations branch on Dec. 14 offered a peek into how the organization is working with other parts of the service as they mature. Space Operations Command boss Lt. Gen. Stephen N. Whiting indicated the ops, training, and acquisition organizations are trying to stay linked so each piece of the service understands what the others need as they move forward. The Space Force turns 1 year old on Dec. 20. 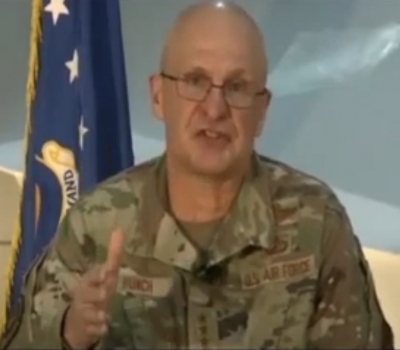 By Brian W. Everstine
As Air Force Materiel Command makes changes to speed up how it buys, tests, and sustains weapon systems, the command is also overhauling its personnel practices to ensure its Airmen face fewer career hurdles and can succeed, the command’s boss said. AFMC is overhauling its approach to hardware and software management through steps such as digital engineering, increased foreign military sales, advanced manufacturing, and conditions-based maintenance, command boss Gen. Arnold W. Bunch Jr. said Dec. 14. At the same time, however, command employees have said they face their own hurdles in training, career progression, and obtaining new certifications.

U.S. President Donald Trump has until Dec. 23 to decide whether to veto the $740 billion National Defense Authorization Act or allow the annual measure setting policy for the Department of Defense to become law, a House of Representatives aide said on Dec. 14.

“Only by combining a balanced set of talents do we get a successful whole,” writes retired USAF Lt. Gen. David A. Deptula, dean of AFA’s Mitchell Institute for Aerospace Studies. “That is why senior positions need to reflect the diversity of perspectives necessary to achieve this professional synergy. Too much is at stake to consider any other option.”

The Trump administration continued efforts to replace Pentagon advisers with loyalists as it tapped former House Speaker Newt Gingrich and others on Dec. 14 to replace ousted members of the Defense Policy Board, an independent outside body.

There is no end to the important priorities for the Defense Department and the armed services it operates, but there is a limit to the dollars they can expect. And they can expect shifts in priorities as a new administration comes into authority. The podcast features Todd Harrison of the Center for Strategic and International Studies.

The Defense Department needs to improve governance and oversight of EMS strategies in order to maintain operational control, according to a new audit.

NSTXL, a company that helps commercial businesses compete for government contracts, has been selected to manage the U.S. Space Force’s Space Enterprise Consortium for the next 10 years. Based in Arlington, Va., NSTXL is short for National Security Technology Accelerator.

After Months of Delays, Spy Agency Launches 5th Mission of 2020

The Navy has ended its search for a sailor who fell from the aircraft carrier USS Theodore Roosevelt into the Pacific Ocean last week. The service ended search and rescue efforts for the missing sailor “and has changed his status to deceased,” according to a statement released Dec. 13.

Arnold Air Society and Silver Wings has formally established an Alumni Network that will help former members of Arnold Air Society, Silver Wings, and Angel Flight stay informed and connected. The network will leverage social media platforms and email messaging to provide members with information on events, news, students, and volunteers, past and present. Alumni may register now at the link above.

Playing the Bad Guy: Inside the Air Force's Elite Aggressor Program with One of Its Top Pilots

Journey into the shadowy world of the aggressors—where they came from, where they're going, what it takes to become one, and what it's like being one.