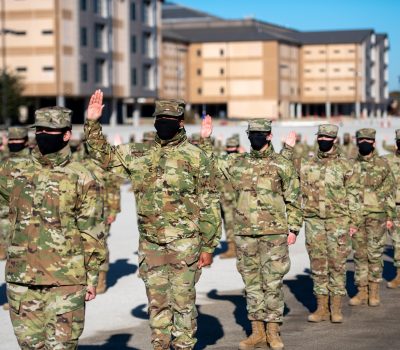 Space Force Putting Ideas to the Test in Year 2

By Rachel S. Cohen
The Space Force spent its first year in business transforming how the military is organized, trained, and equipped to wield satellites, radars, and more in combat. It will spend its second year proving whether those changes can work. As the newest service turns 1 year old on Dec. 20, it is preparing to welcome in thousands more recently selected Airmen in fields like intelligence and acquisition next year. It plans to grow to 6,400 Active-duty members by the end of September, and total about 16,000 employees including civilians and members assigned from other branches. “There certainly is a sense of urgency, there's a sense of excitement. We want to make sure that we can move as quickly as practical,” Chief Master Sergeant Roger A. Towberman, the Space Force’s Senior Enlisted Adviser, said. 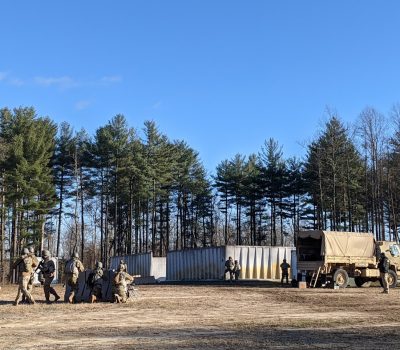 By Brian W. Everstine
JOINT BASE MCGUIRE-DIX-LAKEHURST, N.J.—When the coronavirus pandemic hit the U.S. and much of the country entered lockdown earlier this year, the Air Force still needed to deploy with ready Airmen. That posed a challenge for the Air Force Expeditionary Center here: How could the Expeditionary Operations School and the 421st Combat Training Squadron take on the growing demand for prepared Airmen while keeping people safe? “The expeditionary mission never went away," Maj. Gen. Mark D. Camerer, commander of the Expeditionary Center, said in a Dec. 8 interview. 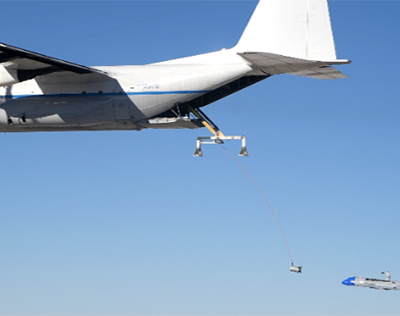 Gremlins Program Optimistic About Next Tests After Drones Fail to Dock

By Rachel S. Cohen
Dynetics and its partners are planning next steps for the Gremlins drone swarming program after the aircraft failed to dock with a C-130 in recent flight tests. A third round of demonstrations began Oct. 28 at Dugway Proving Ground, Utah. The three X-61As individually tried out “rendezvous” and “station-keeping” maneuvers, about 125 feet away from the C-130. Then they crept to within 50 feet of the docking “bullet” that is designed to clamp onto the drone in midair. Over the course of nine tries, the aircraft came “within inches” of capture but fell short each time. 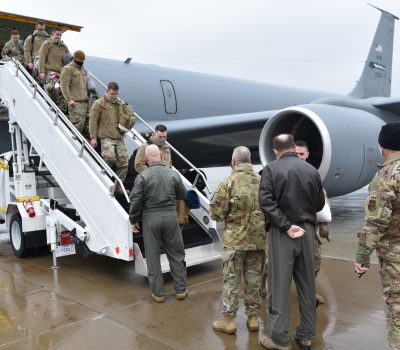 By Brian W. Everstine
Dozens of Airmen and four KC-135s from the 914th Air Refueling Wing returned home to Niagara Falls Air Reserve Station, N.Y., this month from the wing’s first combat deployment with the tankers. The wing switched from flying C-130s to KC-135s beginning in 2017, became fully mission-ready in April, and four months later deployed to Al Udeid Air Base, Qatar, as part of Operations Freedom’s Sentinel and Resolute Support. The New York-based Airmen have also flown training missions with partner countries in the region. They returned home on Dec. 12-13 after four months in the Middle East.

The Air Force is pushing out a rash of new initiatives to harvest cutting-edge commercial tech, including an effort to kick open new markets for next-generation space systems.

Stars and Stripes via Military.com

Americans living on and near Ramstein Air Base may have thought 2020 was about to pack yet another punch when sirens wailed and the "giant voice" shouted to take cover because of an incoming aerial attack.

The Air Force Association offers more than $190,000 annually in scholarships, program, grants, and educator awards. AFA is a top supporter of aerospace education. Join today to be a part of the force behind the Air and Space Forces. Airmen and Space Professionals—Active, Guard, Reserve, and civilian—are eligible for free 3-year memberships with AFA!

The reported cyber breach through an IT contractor’s software used by the military highlights the risks the Department of Defense takes when it increasingly must rely on third-party vendors for digital services.

A female World War II veteran has become the first VA patient to receive the COVID-19 vaccine, the Department of Veterans Affairs announced Monday. Margaret Klessens, 96, was inoculated Monday at the VA Bedford Healthcare System, the first of thousands of veteran residents of long-term health facilities and VA medical staff expected to get the vaccine in the coming weeks.