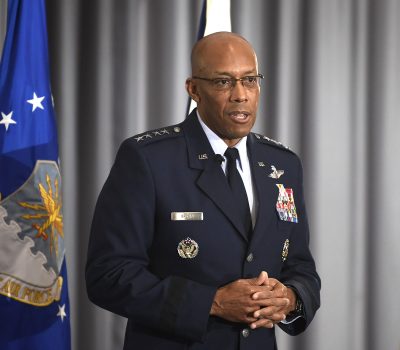 By John A. Tirpak
The Air Force is aiming to have its internal electromagnetic spectrum combat strategy in hand by the spring, to dovetail with a joint service version also planned for that period. Chief of Staff Gen. Charles Q. Brown Jr. said the service “should be embarrassed” it took congressional language to force the services to take EMS operations seriously, and USAF's posture will be far more aggressive and offensive than it has been for the last 30 years. 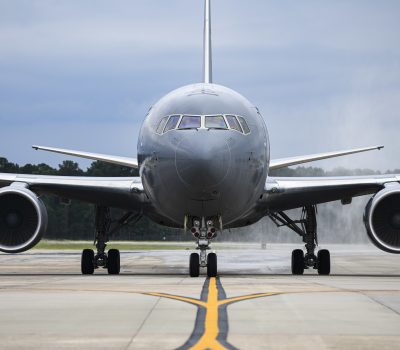 By Brian W. Everstine
Boeing on Jan. 27 reported another $275 million charge to its KC-46 program, pushing the total cost overruns it is responsible for to more than $5 billion in the past six years—more than the initial contract award for the tanker. The fourth quarter total means 2020 saw more than $1.3 billion in overruns for the program, a cost the company said in its earnings report was “primarily due to production inefficiencies, including impacts of COVID-19 disruption.” The 2020 total is more than any previous year, according to a review of the company’s prior year earnings reports. 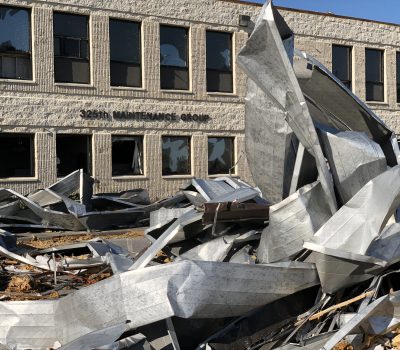 By Brian W. Everstine
The Pentagon will incorporate the “implications of climate change” in its wargaming, analysis, simulations, and its upcoming National Defense Strategy after President Joe Biden on Jan. 27 signed new executive actions aimed at addressing the issue across the whole government. "The order clearly establishes climate considerations as an essential element of U.S. foreign policy and national security,” according to the White House. Defense Secretary Lloyd J. Austin III, in a statement released following the executive actions, said the Pentagon is taking immediate steps “to prioritize climate change considerations in our activities and risk assessments, [and] to mitigate this driver of insecurity.” 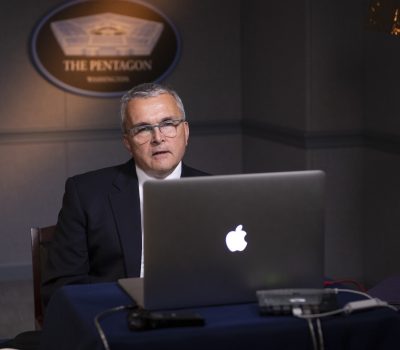 By Rachel S. Cohen
President Joe Biden hasn’t named his Air Force Secretary pick yet, or someone to serve as assistant secretary for space acquisition and integration. But when they arrive, they’ll need to hit the ground running. Once a new Secretary is nominated, Deputy Assistant Secretary of the Air Force for Space Acquisition and Integration Shawn J. Barnes and other assistant secretaries will begin bringing them up to speed on the broad ideas needed to get through the confirmation process. Once the secretary is approved and sworn in, they’ll receive more detail on the issues facing the Air Force and Space Force. “There are no shortage of briefings and binders that are being prepared for incoming staff at all levels,” Barnes said. 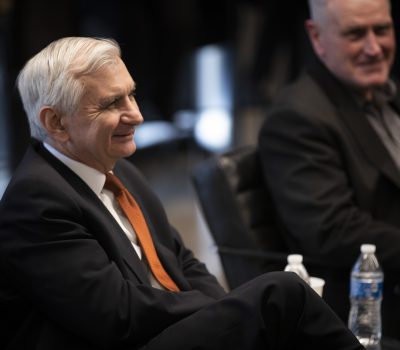 By Rachel S. Cohen
Membership on congressional committees that oversee defense spending and policy is beginning to take shape almost a month into the new session. Leadership has named new Republicans and Democrats to the House Armed Services and Appropriations Committees, while the Senate is still working through the details of how it will share power on committees in a chamber now split 50-50. 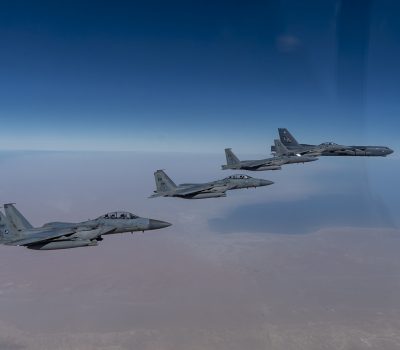 By Brian W. Everstine
A B-52 flew a long-range direct sortie from Barksdale Air Force Base, La., to the Middle East on Jan. 27, the third such flight this year and the first under the new Biden administration. The bomber from the 2nd Bomb Wing flew the “presence patrol” over the Persian Gulf and Saudi Arabia, linking up with Air Forces Central Command F-15Es, F-16s, KC-10s, and KC-135s, according to a U.S. Central Command release. The bomber also flew alongside Royal Saudi Air Force F-15s. “This long-range, short-duration, defensive mission was intended to demonstrate the U.S. military’s ability to deploy airpower anywhere in the world to deter potential aggression and showcase the U.S. commitment to regional security,” CENTCOM said in the statement. 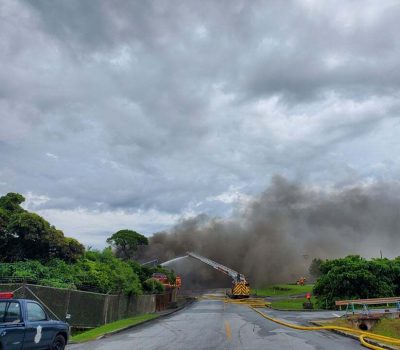 By Brian W. Everstine
Improperly stored calcium hypochlorite caused a fire last summer that destroyed the hazardous material storage building at Kadena Air Base, Japan, and caused about 120 people to seek medical care, according to a recently released Air Force investigation. The June 22, 2020, fire at the 18th Logistics Readiness Squadron’s building destroyed the 1950s-era structure and everything inside at a loss of $2.6 million. It forced the closure of the base’s flight line for about an hour and 40 minutes, requiring three aircraft to divert to other bases, according to the Air Force Ground Investigation Board report released Jan. 25. That day, 115 U.S. military, civilian, dependent, and retiree personnel sought medical care, with one Active duty Airman admitted to the hospital and released the next day. Five Japanese employees also submitted injury reports. 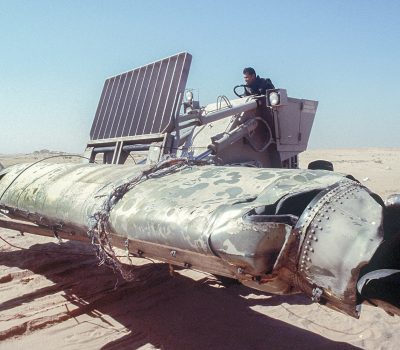 US Space Command to Leverage AI to Maintain ‘Digital Superiority’

The Air Force intends to get rid of three of its four BACN-equipped EQ-4 Global Hawks, but increase the number of piloted E-11 BACN aircraft through 2026.

2021 Is the Year the Small Drone Arms Race Heats Up

The cat-and-mouse of drone defense and offense is entering a new phase.

A dedicated space for Airmen to focus on innovative ideas, dubbed the Innovation Lab, has opened in the contracting building at Malmstrom Air Force Base, Mont. The lab is a large conference room equipped with Wi-Fi enabled tablets and a virtual reality headset with drafting software. Airmen are able to turn their ideas into tangible solutions by researching and corresponding with Department of Defense organizations, academic sources and commercial partners.

A British initiative to develop an unmanned air vehicle known as a “loyal wingman” has received a boost with the announcement by the Ministry of Defence that a Spirit AeroSystems-led consortium is to build a full-scale test vehicle. The Belfast, Northern Ireland-based arm of Spirit and partners, including Northrop Grumman UK, have been awarded a £30 million (U.S. $41 million) deal to lead a partnership, known as Team Mosquito, for building the demonstrator vehicle in time to start a test flight program by the end of 2023.

Prospective contractors will get credit toward the requirement for approvals by three existing public and private auditing programs.

Rep. Jim Cooper (D-Tenn.) said lawmakers are concerned that Space Force programs are not keeping up with rapid advances in commercial space technology.

If Denis McDonough is confirmed as the next Veterans Affairs Secretary, he won’t bring any personal military experience with him to the job, becoming only the second non-veteran to lead the department. But on Jan. 27, the former White House chief of staff vowed to use his unique background in navigating federal bureaucracy and his passion for serving veterans to improve services at the massive government agency, which has spent much of the last decade moving from controversy to controversy.

The Navy spent three years and considerable sums of money testing the "Pais Effect" and may have transferred the program to another agency.