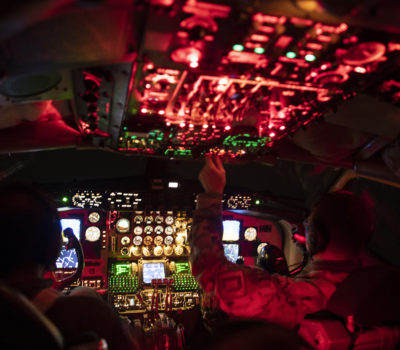 By Brian W. Everstine
U.S. Air Forces in Europe last week wrapped its Advanced Battle Management System demonstration, bringing together dozens of aircraft from U.S. military services and multiple countries to find new ways to share data and operate together. The USAFE “on ramp” demonstration was the first to have non-U.S. military participants, with the Royal Netherlands Air Force, Polish Air Force, and United Kingdom Royal Air Force flying. It was also the first ABMS event to occur after Congress limited some of the funding in the fiscal 2021 National Defense Authorization Act. 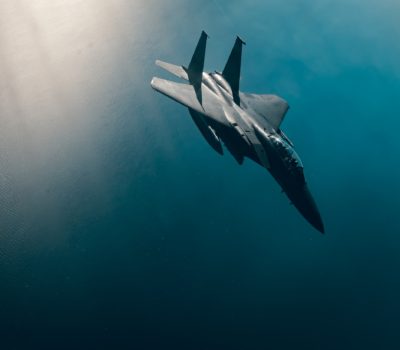 By Brian W. Everstine
One militia member was killed and two injured in the Feb. 25 U.S. strike on Iranian-backed fighters in Syria, which President Joe Biden told Congress was carried out to “protect and defend our personnel and our partners” from future attacks. Defense Department spokesman John Kirby said in a briefing that the strikes, which damaged or destroyed nine buildings, targeted border crossing facilities used by the groups to take weapons into Iraq. Two USAF F-15Es conducted the strikes. 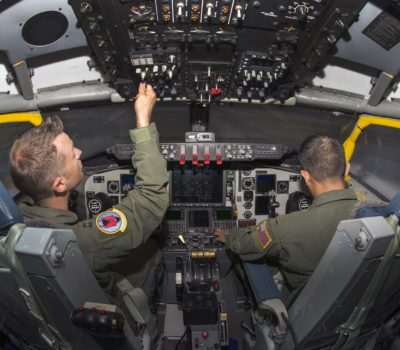 By Amy Hudson
Canadian-based CAE announced plans to buy L3Harris Technologies’ Military Training business for $1.05 billion, saying the acquisition broadens its training and simulation portfolio and doubles its U.S. defense presence. The proposed acquisition, which is slated to close in the second half of 2021, “accelerates our growth strategy in defense and security and is highly complementary to our core military training business, broadening our position in the United States,” said Marc Parent, CAE’s president and chief executive officer, in a March 1 release. 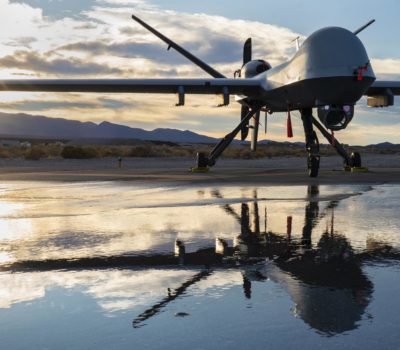 David Martin speaks with troops who were there as an Iranian ballistic missile attack rained down on Al-Asad Air Base, Iraq, part of six days that saw the U.S. and Iran go to the brink of war.

The Biden administration is taking heat from fellow Democrats as lawmakers pressure the White House to provide a legal justification for an airstrike launched Feb. 25 against Iranian-backed militia groups in Syria.

Air Force Basic Military Training has survived—something that was by no means certain when the pandemic hit.

In response to a Trump administration executive order, Joint Base San Antonio, Texas, is getting ready to test its infrastructure against a simulated electromagnetic pulse attack.

US Wasted Billions of Dollars in Afghanistan: Watchdog

U.S. spending in Afghanistan included billions of dollars wasted on vehicles and buildings that were later abandoned, according to a watchdog report issued March 1. The Special Inspector General for Afghanistan Reconstruction (SIGAR) said that of $7.8 billion in spending since 2008, only $343.2 million was spent on buildings and vehicles that were “maintained in good condition” and only $1.2 billion went to vehicles and buildings that were put to their intended use.

Northrop Grumman’s next cargo delivery mission to the International Space Station will carry a Space Development Agency payload to collect data for the development of missile-tracking sensors. The experiment known as Persistent Infrared Payload is scheduled to launch in July on the NG-16 Cygnus cargo mission on a Northrop Grumman Antares rocket from Wallops Island, Va.

OPINION—Desert Storm at 30: Aerospace Power and the U.S. Military

“While it may seem like a long time ago—especially in the aftermath of the Iraq War of the 2000s—Desert Storm is worthy of study, as it was the last major regional conflict in which the U.S. military was involved,” writes retired Air Force Lt. Gen. David A. Deptula, dean of the Air Force Association’s Mitchell Institute for Aerospace Studies. “The role of airpower was particularly decisive.”

Savannah Guthrie speaks exclusively with the nation’s highest-ranking woman in uniform, Air Mobility Command boss Gen. Jacqueline D. Van Ovost, who talks about her inspiring career in the Air Force. “Frankly, it’s quite lonely,” she says, calling for more women to rise in the ranks.