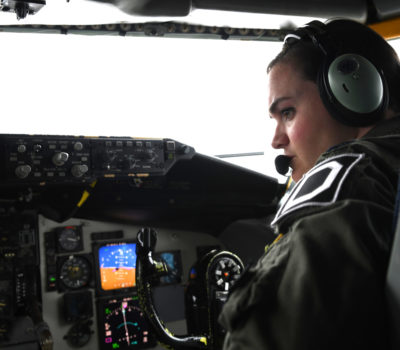 By Brian W. Everstine
The Air Force is offering bonuses of up to $420,000 to pilots who commit to staying in uniform for up to 12 years. The service wants to keep pilots in its cockpits longer as it continues to grapple with an ongoing pilot shortage and the COVID-19 pandemic. 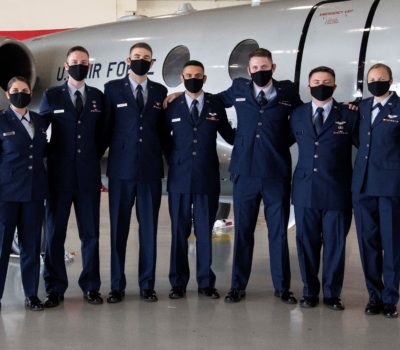 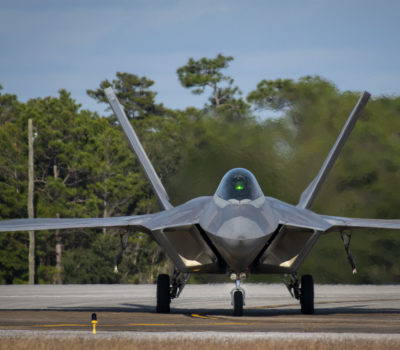 By Brian W. Everstine
An F-22 experienced an in-flight emergency and a subsequent mishap upon landing March 15 at Eglin Air Force Base, Fla. The pilot was transported to the base’s flight medicine clinic for an evaluation immediately after landing, Eglin said in a statement. The F-22, assigned to the 325th Fighter Wing, landed safely around 3:30 p.m., and there were no details available on the aircraft’s condition. 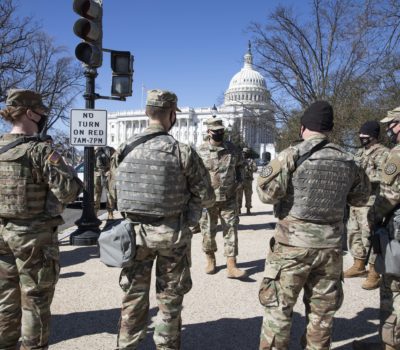 Lawmakers, NGAUS Call for End to Guard Mission at US Capitol

By Brian W. Everstine
Bipartisan lawmakers and the main advocacy group for the National Guard are calling on the Defense Department to end the mission protecting the U.S. Capitol, as about 2,300 Guard personnel remain on duty. Three days before the mission was slated to end on March 12, Defense Secretary Lloyd J. Austin III extended the mission through May 23 at the request of U.S. Capitol Police. “We cannot ignore the financial costs associated with this prolonged deployment, nor can we turn a blind eye to the effects it will soon have on the National Guard’s overall readiness,” wrote House Armed Services Committee Chairman Rep. Adam Smith (D-Wash.) and Ranking Member Rep. Mike Rogers (R-Ala.) in a March 11 statement. 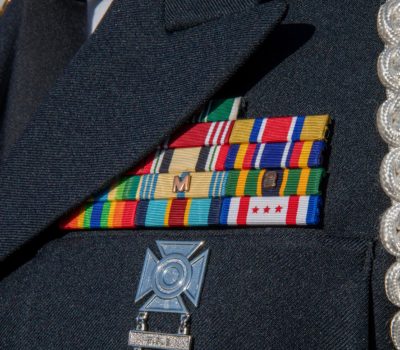 “As the Chiefs of services [are] increasingly pulled in multiple directions in both time and space, we have had an increasing number of both formal and informal discussions on what readiness really means, and what it should mean,” write Air Force Chief of Staff Gen. Charles Q. Brown Jr. and Marine Corps Commandant Gen. David H. Berger. “This article is a continuation of those discussions and, while there are only two service Chiefs on the byline, we have had likeminded conversations with our fellow service Chiefs—the Chief of Staff of the Army, Chief of Naval Operations, and Chief of Space Operations.”

Hypersonic and Directed-Energy Weapons: Who Has Them, and Who’s Winning the Race in the Asia-Pacific?

A number of countries in the Asia-Pacific region are caught up in the global hypersonic and directed-energy weapons race, with these regional powers having either developed or publicly stated intentions to develop such technology. Defense News has contacted regional government and military officials, businesses, and analysts to find out who is keeping pace in the worldwide contest.

OPINION: US Army Missile-Buying Spree Is a Waste of Money

“In an era when national security demands are increasing while resources allocated to defense are decreasing, leaders must prioritize solutions that optimize U.S. power-projection capabilities at best value,” writes retired Air Force Lt. Gen. David A. Deptula, dean of the Air Force Association’s Mitchell Institute for Aerospace Studies. “To those points, the choice between Air Force bombers and Army long-range missiles yields a very clear determination: Bombers win, hands down.”

Leaving Afghanistan Under the Deal Biden Inherited from Trump Could Spur Chaos, US Commanders Say

Fighting in Afghanistan will intensify sharply and Taliban militants could threaten major cities unless a Biden administration diplomatic push to end the 20-year conflict yields results in the next two months, according to two senior U.S. commanders. The tight time frame is driven by a May 1 deadline to withdraw the remaining U.S. troops from Afghanistan, as required under a deal with the Taliban that President Biden inherited from the Trump administration.

OPINION: Israel Could Be Waiting for Surplus US Air Force F-15s Instead of Buying New Advanced Eagles

“With the U.S. Air Force buying F-15EXs to replace its F-15C/Ds, the Israeli Air Force may be waiting to turn one country's trash into treasure,” writes Tyler Rogoway, editor-in-chief of The War Zone.

Chaos, Cash, and COVID-19: How the Defense Industry Survived—and Thrived—During the Pandemic

A year into the pandemic, a Defense News review tried to measure its toll on the defense industry. The full scope of damage is complex and still coming into focus, but a broad outline is becoming clear.

State Department Approves $1.7B Deal for P-8s to Germany

The State Department has approved a potential $1.77 billion sale of P-8 aircraft and associated equipment to Germany, according to the Defense Security Cooperation Agency.

Viasat and Air Force Research Laboratory will recommend ways to build a “hybrid architecture" of commercial and government satellites.

DARPA Seeks Chips that Can Crunch Data Without Decrypting It

The Defense Advanced Research Agency awarded four research teams multimillion-dollar contracts to figure out how to perform computations on encrypted data faster and with less power.

Want to Experience a Piece of Cold War History? This Nuclear Missile Complex Is Now an Airbnb

Titan Ranch, located at 23 Missile Base Road in Vilonia, Ark., offers renters the chance to spend a night underground in a converted intercontinental ballistic missile facility. The facility was one of 18 underground Titan II missile silos in Arkansas that helped form the backbone of the United States' nuclear arsenal from the 1960s until the 1980s.