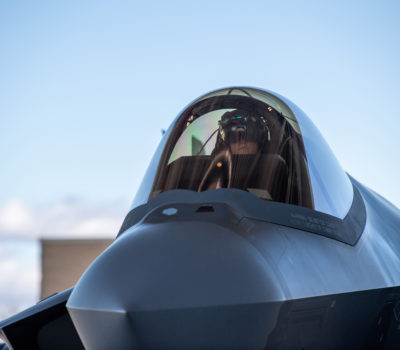 By John A. Tirpak
Full-rate production of the F-35 and delivery of the Block 4 upgrade will keep slipping until the simulator is fixed and the Pentagon sets some realistic timetables for software development, the Government Accountability Office reported on March 18. It recommended better automatic tools for assessing how the software is coming along. 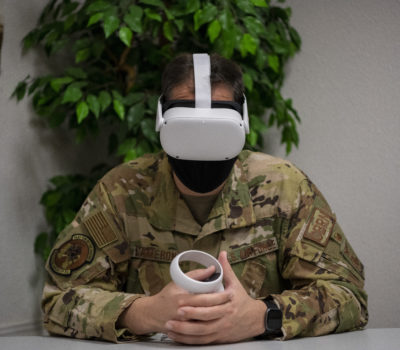 By Brian W. Everstine
Two bases in Air Mobility Command are using virtual reality to teach Airmen how to talk to someone who might be suicidal. The Air Force in recent years has been grappling with high levels of suicide in its ranks. In 2019, the department ordered a one-day “resilience tactical pause” to address the issue, only to see the numbers remain high in 2020 as the COVID-19 pandemic spread. “The need for this work was so obvious,” said Victor Jones, AMC suicide prevention program manager and VR suicide prevention contract owner. “We wanted to provide a training experience unlike anything ever encountered, … a realistic conversational interaction in a simulated environment that would have unparalleled realism in having these difficult, uncomfortable but necessary conversations.” 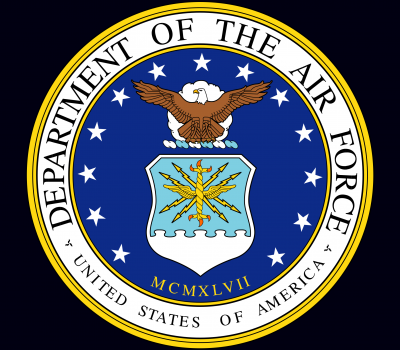 By Jennifer-Leigh Oprihory
The Department of the Air Force has given USAF and Space Force commanders and senior enlisted leaders a toolkit to help equip them to carry out Defense Department-directed stand downs to address extremism within their ranks, department spokesperson Lt. Col. Malinda Singleton confirmed to Air Force Magazine on March 18. Singleton also confirmed that a Feb. 17 slide deck entitled “Identifying & Addressing Impermissible Behavior,” which surfaced on the unofficial Air Force amn/nco/snco Facebook page on March 17, was an authentic part of this departmental resource. 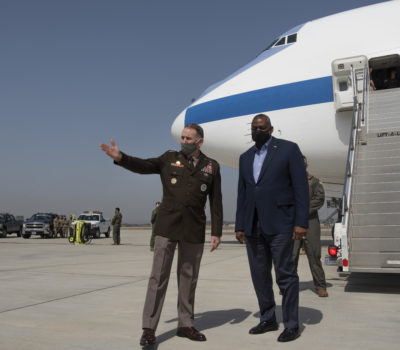 US, South Korea Prepare for Transfer of Wartime Operational Control

By Brian W. Everstine
The U.S. and South Korean militaries are on schedule for the transfer of wartime operational control authority in 2022 and are taking steps to improve readiness, though the two leaders would not say if large-scale military exercises would return to the peninsula. South Korean Defense Minister Suh Wook said the alliance has created the “necessary conditions” for the transfer of operational control of combined forces. Defense Secretary Lloyd J. Austin III, speaking alongside Suh during a joint press conference March 18 in Seoul, added that the combined force is “ready to fight tonight and we continue to make progress toward the eventual transition of wartime operational control to a ROK-commanded future combined forces command.” 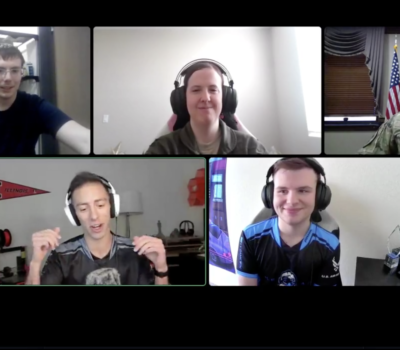 By Amy Hudson
Air Force Gaming is launching a global intramural esports league where Airman and Guardians play against each other and wrap up the season with a March Madness-style tournament. The 24/7 resiliency- and retention-focused gaming organization has exploded in popularity, with 14,000 Airmen and Guardians playing on the dedicated Air Force Gaming platform built as an esports hub for the Department of the Air Force. Since their official launch in November 2020, Air Force Gaming participants have logged over 115,000 voice minutes and more than 100,000 text chats between Airmen and Guardians. And senior leaders are starting to take notice.

The U.S. military isn’t keeping up with information-warfare threats from Russia, Iran, and China, defense officials told lawmakers on March 16, adding that the military needs to prioritize information operations, diversify its information-ops units, and relearn how to coordinate IO across units, forces, and services.

More than 50 former national security officials, diplomats, and lawmakers, as well as Jewish communities leaders, threw their support on March 18 behind President Joe Biden’s stalled nominee to lead the Pentagon’s policy shop. In a March 18 letter to the Senate Armed Services Committee, the group argued Colin Kahl, Biden’s nominee to be undersecretary of defense for policy, is “eminently qualified.”

Defense Department contractors who believe that their security clearances were unfairly denied or revoked will soon all go to the same authority to get reviewed, under a DOD memo quietly issued in the last days of the Trump administration.

The Truth About False Sexual Assault Reports in the Military

When talking about sexual assault in the military, there’s a line that almost always surfaces, particularly in the comment section of a news story: What about the false reports?

The Defense Advanced Research Projects Agency announced a program for expanding the access to domestic manufacturing capabilities for secured microelectronics development for defense systems, according to March 18 press releases.

The coastal base is right across from Taiwan and even closer to other islands Taiwanese authorities control.

The headquarters of U.S. Forces Japan may also be home to supernatural activity, according to a couple who claim to help anyone dealing with paranormal disturbances to rid their homes of unwanted spirits. Chaplain (Capt.) Lance Brown, of Yokota's 374th Wing Staff Agency, and his wife, Karen Brown, who is working on a master's in counseling, have been performing home cleanses, or anointings, for the past eight years in homes where "odd things occur."