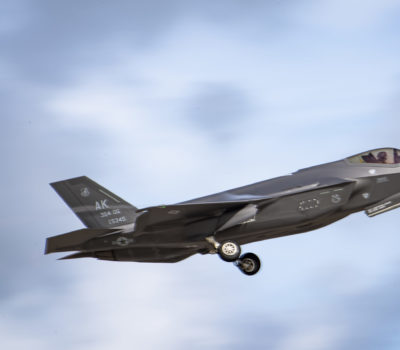 By John A. Tirpak
The House Armed Services Committee has “enormous concern” about the F-35 fighter’s sustainment, and suggested Congress may cut back on purchases of the jet to let the sustainment enterprise catch up, Readiness subcommittee chair Rep. John Garamendi (D-Calif.) said March 19. He also said he wants an integrated plan from USAF's sustainment enterprise about how it will care for old systems while waiting for new ones to come online. 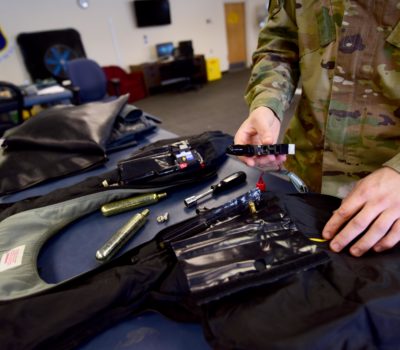 By Brian W. Everstine
Aircrew flight equipment Airmen face deep problems maintaining proficiency, largely stemming from inadequate training and high operations tempo, and the Air Force should respond by expanding the number of personnel and overhauling the career field’s progression, according to a new report. Air Combat Command tasked RAND Project Air Force to investigate the causes of deficiencies within the AFE career field because of continued problems that rose to the level of command leadership, the organization wrote in a 150-page report published March 17. RAND recommends the Air Force adds personnel, overhauls promotions, and creates new officer roles to advocate for the enlisted-only career field. 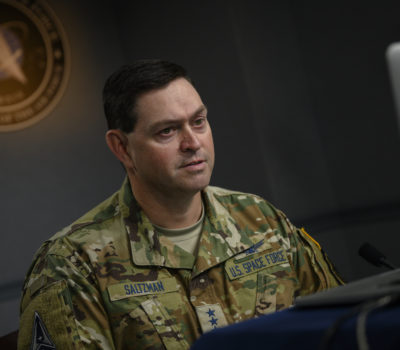 By Brian W. Everstine
As the military’s newest service continues to grow its own ranks, it is expanding collaboration with allies through more exchanges, data sharing agreements, and increased participation in major wargames. Lt. Gen. B. Chance Saltzman, the U.S. Space Force’s deputy chief of space operations for operations, cyber, and nuclear, said during a March 19 Brookings Institution event that growing these efforts is a major initiative because space-based capabilities are important assets for both the U.S., and international allies. “We recognize that we are far more powerful, from protecting and defending and actually accomplishing space operations and space capabilities, if we do it as an allied, partnered force,” he said. 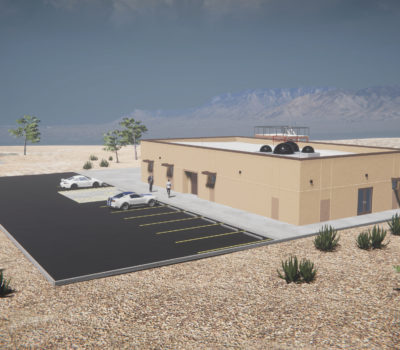 By Amy Hudson
The Air Force Research Laboratory on March 16 broke ground on a 3,500-square-foot facility located on 72 acres at Kirtland Air Force Base, N.M., that will allow the Space Vehicles Directorate to test sensor systems before sending them to the field. The Skywave Technology Laboratory is slated to cost $3.5 million, and “will provide the work space our teams needs for space environment research, which involves developing and testing new instrumentation, preparing for field experiments around the globe, as well as collecting and processing data to support ionospheric and radio frequency research,” said Todd Parris, head of the Geospace Environment Impacts and Applications Branch, in a release.

The U.S. has sought for years to strengthen its partnership with India through increased military cooperation.

OPINION: F-35 in the Crosshairs: Despite Criticism, America Needs the Fighter Jet

This Is the F-36 Kingsnake. It Could Be the Air Force's Next Fighter Jet.

Meet the new, non-stealthy fighter that may replace the F-16.

Rep. Mike Rogers (R-Ala.), the top Republican on the House Armed Services Committee, said March 18 that he will challenge any proposed cuts to the Defense Department’s budget and called on the U.S. Space Force to invest in advanced technologies to compete with China.

OPINION: Why the F-35 Rules: Study History, Study the Costs, Study the Threats

“Using an F-15EX, a fighter designed in the 1970s, in a hot, high-threat environment today would be suicide—not just for the F-15EX crews, but for the combatants relying on those jets to come through,” writes John “JV” Venable, an Air Force veteran and senior research fellow for defense policy at The Heritage Foundation.

Speaking at an event sponsored by an amphibious warship lobbying organization, House Seapower Committee Chairman Rep. Joe Courtney (D-Conn.) said the traditional one-third breakdown between the Army, Navy, and Air Force budgets doesn’t match the reality of the current global competition, which is increasingly focused on the Pacific.

The Veterans Affairs Department is pausing its massive electronic health records program rollout for up to three months while the new leadership conducts a “strategic review” of ongoing issues.

A disproportionate percentage of the pro-Trump mob that assaulted the U.S. Capitol on Jan. 6 were veterans and Active-duty service members. Now, a key lawmaker is calling for them to be stripped of all benefits.

OPINION: What Do We Know About China’s Newest Missiles?

“As ‘great power competition’ becomes the lingua franca of American strategy, U.S. policymakers and analysts must build a greater familiarity with the Chinese strategic systems that increasingly worry combatant commanders and which would play an essential role in any Indo-Pacific crisis,” write Peter W. Singer, a strategist at New America, and Ma Xiu, an analyst currently researching the PLA Rocket Force at BluePath Labs, LLC.

One of the Tu-214ON aircraft used for Open Skies observations carried out a different type of surveillance mission near Crimea at the beginning of this month.

20 Years into the War in Afghanistan, the US Is in the Same Position as the Soviets When They Lost

The Taliban insurgency is growing.

The Joint Strike Fighter is the most expensive weapons program ever devised. Costing well over a trillion dollars, the F-35 was supposed to replace the frontline fighters for the U.S. Navy, Marine Corps, and Air Force. But costly delays and setbacks have potentially pushed the Air Force to look for a cheaper option to help fill in the gaps left by the expensive F-35A.