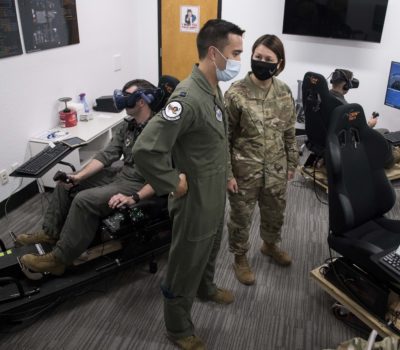 By John A. Tirpak
The commander of 19th Air Force will be hitting the road in the coming months, explaining to nearly every USAF flying unit how pilot training is changing, and why they should accept it, Maj. Gen. Craig D. Wills told reporters March 23. The new systems are aimed at building better, more “relevant” pilots, and not necessarily at producing more pilots faster, but that could be a by-product of the changes, he reported. 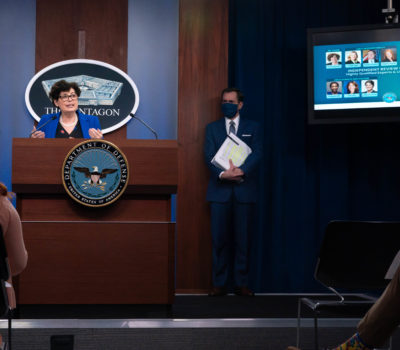 By Brian W. Everstine
The Pentagon’s independent commission to review sexual assault in its ranks has established its members and is looking at “big picture” items to change the military’s culture and prevent sexual assault. The Independent Review Commission on Sexual Assault in the Military includes 14 members, the majority of whom are women and former military members, though none are currently serving to ensure the independence of their discussions, the commission’s chair Lynn Rosenthal said in a March 24 briefing. The commission has 90 days to review the history of sexual assault cases in the ranks to recommend large changes to address the problem, which Austin has established as a top priority. 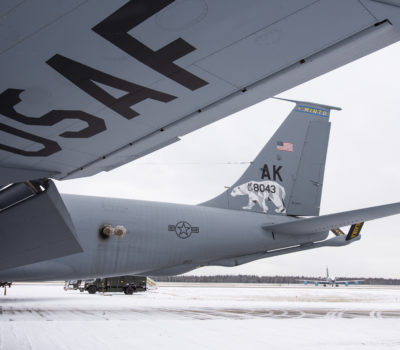 By Brian W. Everstine
The Air Force’s tanker presence in the Arctic will grow, with four more KC-135s heading to a new Active component at Eielson Air Force Base, Alaska. The KC-135s and up to 220 Active duty Airmen will head to the 168th Wing at Eielson, with aircraft expected to arrive in 2023, according to an Air Force release. The move will bring Eielson’s total number of Stratotankers to 12, with the additional KC-135s coming from other units across the Air Force. 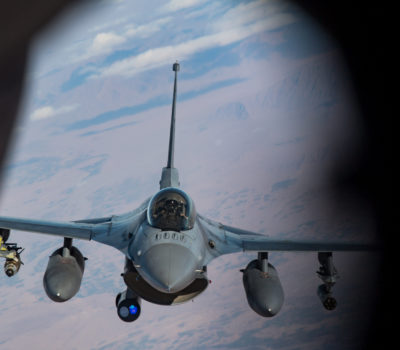 OPINION: Why Space Force Needs a War College Just Like Everyone Else—and Why It Should Be Different

“Air Force professional military education is geared toward developing strategic leaders that focus on the conduct of war in the air. The Space Force works in a radically different domain in terms of physics, size, and legal regime — that is, in space. Additionally, the Space Force is and will remain a comparatively small service whose limited personnel are in high demand. The Space Force not only needs its own war college to teach its officers how to think differently about their role in future conflict, but that war college must itself be designed to educate those officers in a new way that doesn’t take too many officers out of operational assignments for too long,” writes Jonty Kasku-Jackson, head of the Space Mastery Department at the National Security Space Institute.

“I don’t want to get into any specifics,” said Mike White, DOD’s principal director of hypersonics, “but some of the challenges we’ve had so far getting to flight have been, in certain instances, avoidable.

North Korea Test-Fires Ballistic Missiles in Message to US

North Korea on March 25 test-fired its first ballistic missiles since President Joe Biden took office, as it expands its military capabilities and increases pressure on Washington while nuclear negotiations remain stalled. Japanese Prime Minister Yoshihide Suga said the launches threaten “peace and safety in Japan and the region,” and that Tokyo will closely coordinate with Washington and Seoul on the North’s testing activities.

Built by Bell Textron Inc., a Textron Inc. company, and Boeing, the V-22 fleet has grown to more than 400 aircraft and is operated by the U.S. Marine Corps, U.S. Air Force, U.S. Navy, and the Japan Ground Self-Defense Force.

Since its 2018 inception, AFVentures has awarded $710 million in contracts to more than 1,400 small companies by using an “Open Topic” approach to attract funding proposals, the report states. This approach is based on the Air Force Small Business Innovation Research/Small Business Technology Transfer processes. However, it also incorporates best practices from the venture capital community, an approach designed to both lower barriers to entry and scale novel capabilities.Small businesses funded through AFVentures also eventually secured $1.4 billion collectively in non-SBIR/STTR government contracts, the report states. This metric underscores the program’s success in helping companies transition their innovations to the federal government.

US Failed to Collect Reimbursements from Afghanistan Coalition Partners for Years, IG Finds

For four years, the Pentagon failed to charge partner nations for use of American rotary-wing aircraft in Afghanistan, and the department has no way of knowing how many millions of dollars has been lost, according to a new report from the department’s inspector general. During that time period, American and coalition costs for rotary-wing transportation hit $773 million. How much of that should be reimbursed is effectively impossible to know, according to the auditors.

Oros Apparel, a subsidy of Lukla Inc., has been awarded a Small Business Innovation Research (SBIR) Phase I contract that will explore how the company's SolarCore technology can be integrated into a long-range flight suit for pilots flying above 30,000 feet, said Michael Markesbery, Oros' co-founder and CEO.

“It's sort of like we're exclusively dating. We agreed to not see other people right now but we haven't committed to anything else yet," explained one Lockheed Martin official.

The UDL is a joint initiative of the Air Force Research Laboratory and the Space Force’s Space and Missile Systems Center. The cloud-based platform hosts space situational awareness data from dozens of commercial, academic, and government organizations and provides a digital storefront for users of the data.

VA to Begin Pilot Programs to Get COVID Vaccines to All Vets, Spouses, Caregivers

All veterans, their spouses, and caregivers are now eligible to receive coronavirus vaccines through the Department of Veterans Affairs under a measure signed into law by President Joe Biden on March 24. VA officials said after the signing that they will start running pilot programs in coming weeks at some medical centers to work through distribution of the vaccine to the wider veterans community, in anticipation of getting millions of additional doses in coming months.

The deadly fighter was the Soviet Union’s version of the F-16.