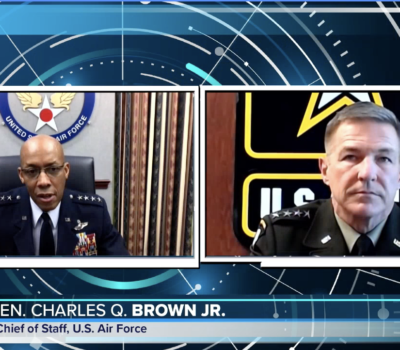 By John A. Tirpak
The new “revolution in military affairs” is the recognition that information and speed of decision-making will be the keys to victory in a future conflict, Air Force Chief of Staff Gen. Charles Q. Brown Jr. said in a March 29 panel discussion with Army Chief of Staff Gen. James C. McConville. Brown and former defense officials acknowledged that the U.S. is behind in this area, and that a catch-up investment will help deter China, which believes the U.S. is a great power in decline. 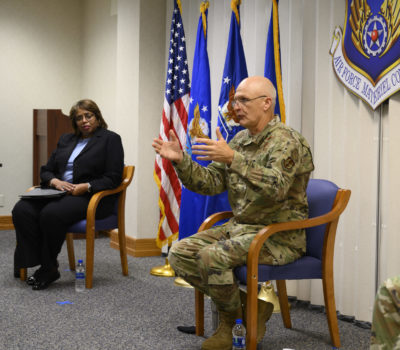 AFMC Releases Results from Its Diversity and Inclusion Survey

By Brian W. Everstine
While Airmen and civilians in Air Force Materiel Command are generally aware of steps the command is taking to improve diversity and inclusion, there are still shortfalls in overall awareness of the issues and a perception that some will face reprisals if they make equal opportunity claims, according to the results of a recent survey. AFMC on March 29 released findings from its three-week Diversity and Inclusion Survey, which included 14,000 responses from Airmen and civilians, along with more than 3,500 responses to the survey’s open-ended portion, according to a command release. 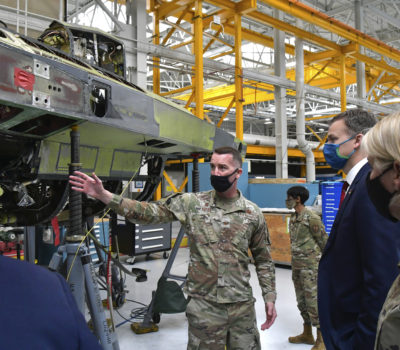 By Brian W. Everstine
The commander of a major maintenance group with the Ogden Air Logistics Complex at Hill Air Force Base, Utah, has been relieved of command for the second time in a year. Col. Chris Boring, commander of the 309th Aircraft Maintenance Group, was relieved March 3 due to “a loss of confidence in his ability to lead and command a group,” according to Hill. Boring stepped into the role in June 2020 after the group’s previous commander, Col. Randy Ackerman, also was relieved of command in May 2020. 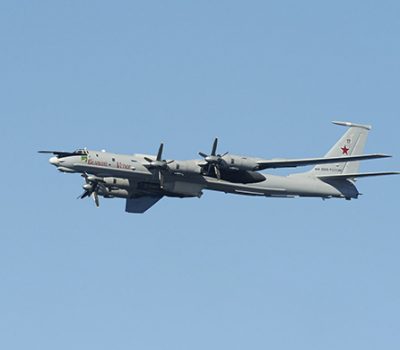 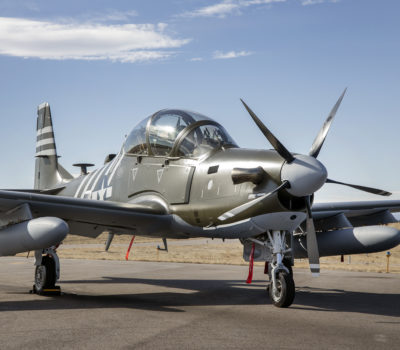 By Brian W. Everstine
Sierra Nevada Corp. and Embraer Defense & Security on March 29 unveiled the latest A-29 Super Tucano headed to Air Force Special Operations Command, painted in a unique livery referencing the early lineage of air special operations. The A-29 is painted in the color scheme of P-51 Mustangs and P-47 Thunderbolts that U.S. Army Air Forces flew during the 1944 campaigns in China, Burma, and India, according to a Sierra Nevada release. The airplane is painted dark green, with five “Air Commando” stripes, which are also used in the emblem of AFSOC’s 371st Special Operations Combat Training Squadron.

North Korea said on March 29 that the U.N. Security Council showed a double standard as its sanctions committee criticized the country's recent missile test as a violation of U.N. resolutions.

‘We’re Looked at as Pioneers’: New Space Force Guardians from Yokota Air Base, Japan, Will Depart for Other Bases

Newly minted Space Force Guardians won’t be sticking around at the home of U.S. Forces Japan in western Tokyo.

How strategically important is space, beyond spy and communications satellites? This opinion piece by Hoss Cartwright, former Vice Chairman of the Joint Chiefs of Staff, and former Air Force Secretary Deborah Lee James, makes it pretty clear they believe the new service will play a key role for both the military and the commercial world in the future as they grapple with the challenges of the vast possible riches of commerce in space.

The advanced research office is preparing a solicitation for novel research into In Pixel Intelligent Processing as the next breakthrough in artificial intelligence.

The U.S. Air Force has already established pockets of zero trust in some of its programs, but there’s still a ways to go before the full zero trust vision is achieved, according to the service’s chief information officer.

As the U.S. military reckons with how to improve its approach to diversity and inclusion, a panel of former military leaders and government officials on March 26 shared ways to tackle the problem in a small but strategically important force: special operations.

Opinion: Hypersonic Weapons Really Matter to US Deterrence of Russia

Did a military mascot gain control of the U.S. Strategic Command Twitter account or has someone inadvertently released the launch code for a nuclear weapon? These were among the questions asked by commenters after the command, at 8:48 a.m. Monday, tweeted the sequence ";l;;gmlxzssaw."