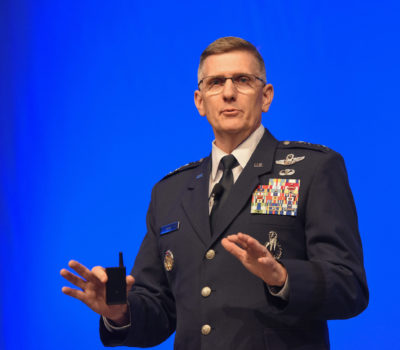 By John A. Tirpak
Air Force Global Strike Command chief Gen. Timothy M. Ray offered a blunt assessment of the Army’s plan to take over some of the Air Force’s long-range strike mission. “It’s a stupid idea,” he said during an AFA Mitchell Institute for Aerospace Studies podcast. The Army’s plan would rob resources not only from the Air Force’s global strike forces, but also from the Army’s core competencies in air defense, said retired Lt. Gen. David A. Deptula, dean of the Mitchell Institute. 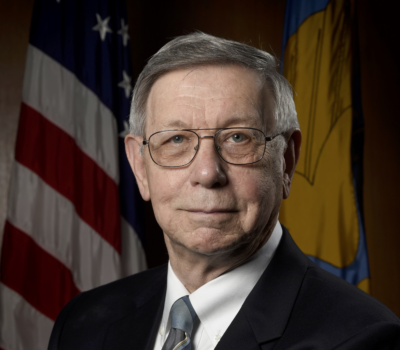 By John A. Tirpak
John T. Correll, who helmed Air Force Magazine for 18 years, served as an advisor to senior Air Force leaders for decades, and was a recipient of AFA's Lifetime Achievement Award, died April 5 at age 81. 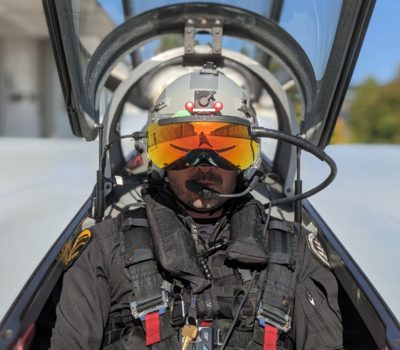 By Shaun Waterman
The Air Force has long faced a silent crisis: It can’t train and retain enough pilots. And now, challenged to confront peer adversaries, rather than the insurgents it’s been engaging for the last 20 years, even the pilots the service can train aren’t getting the quantity or quality of hours in mock combat they need to hone their skills, according to former USAF leaders. A transformative new technology, which combines live training with virtual simulation, can help address that problem, its proponents say. Augmented reality training is “a game changer,” promised Will Roper, who previously served as the Air Force’s assistant secretary for acquisition, technology, and logistics. 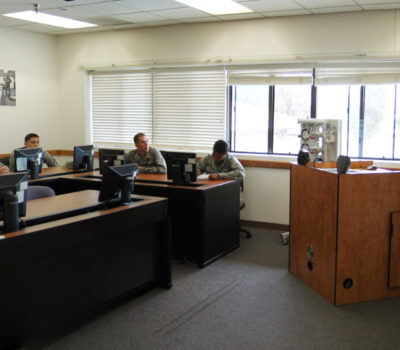 By Amy Hudson
Vandenberg Air Force Base, Calif., is the preferred location for the Ground Based Strategic Deterrent Formal Training Unit, Acting Air Force Secretary John P. Roth announced on April 1. “The Minuteman III weapon system has been a bedrock of U.S. national security for more than five decades, but if one looks ahead to the next 50 years, the question of investing in nuclear modernization is as relevant as ever,” Air Force Chief of Staff Gen. Charles Q. Brown Jr. said in a release. “We are fully committed to the GBSD program of record, which will ensure our nation’s nuclear force is ready to meet the warfighting needs of today and tomorrow.” 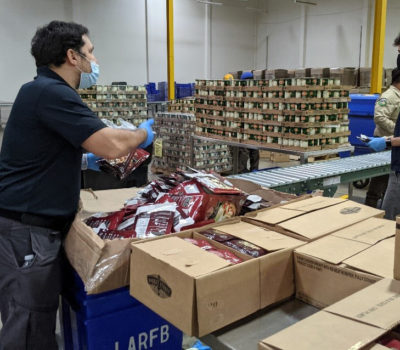 By Brian W. Everstine
The Civil Air Patrol on March 24 marked a full year of continuous support for COVID-19 pandemic relief, delivering thousands of vaccine vials, thousands of test samples, and millions of meals across the United States. CAP, the Air Force’s auxiliary, aligned with First Air Force for Defense Support of Civil Authorities missions to help domestic missions. COVID-19 relief is the CAP’s biggest mission in more than 70 years. “These missions are making a big difference in our local communities, our states, and our nation,” said Maj. Gen. Mark Smith, CAP’s national commander and chief executive officer, in a release.

In 1960, then-Col. Harry Goldsworthy and his team were given the near-impossible task of getting an intercontinental ballistic missile site up and running in roughly two years' time. There was little confidence they would succeed.

If you’ve ever watched a bird launch itself into the air, you can grasp the active landing gear concept that San Francisco-based electric airplane startup, Metro Hop, has conceived. While it might propel Metro Hop’s own notional electric short takeoff and landing (STOL) airplane off the ground, the Air Force wants to find out if the idea could be more widely applied.

The commander of a South Carolina-based airlift unit was fired on April 1 following an investigation into relationships he had that were deemed inappropriate, according to the Air Force.

The Air Force is preparing Agility Prime electric vertical takeoff-and-landing vehicles for use in austere environments and recently proved one can fly inside an HC-130J transport aircraft ahead of an upcoming military exercise.

The J-6 institutes a strategy of convergence for realizing the vital goal. The U.S. military services are meeting the challenge of upgrading without losing needed capabilities as they march toward the goal of a common command and control system.

The U.S. System Created the World’s Most Advanced Military. Can it Maintain an Edge?

As they conduct bombing and surveillance missions around the globe, today's U.S. military pilots rely on aerial refueling aircraft built as early as 1957, when the Soviet Union dominated American security fears, the average home cost $12,000 and "I Love Lucy" was debuting new episodes.

A former Air Force intelligence analyst pleaded guilty on March 31 to leaking classified documents to a reporter about military drone strikes against al-Qaida and other terrorist targets.

To get it air-worthy in this short time is nothing short of amazing.