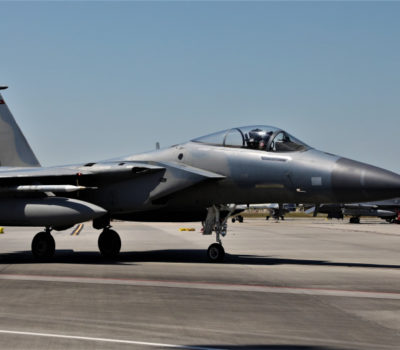 By John A. Tirpak
The Air Force is asking to retire 201 airplanes and buy 91 new ones in its fiscal 2022 budget request, representing a net decrease of 110 airplanes. The fighter fleet would drop by 77 aircraft, and the RQ-4 Global Hawk fleet would be cut by 20 aircraft under the plan. 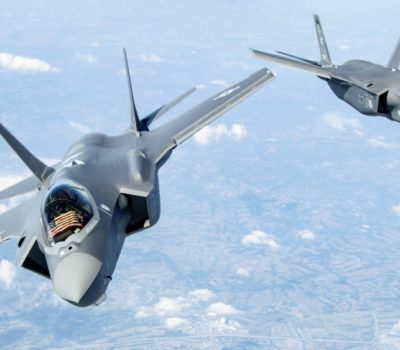 By John A. Tirpak
The Department of the Air Force is asking for $212.8 billion in fiscal 2022, of which the Air Force gets $156.3 billion, the Space Force $17.4 billion, with the rest referred to as "pass-through" funding not controlled by the department. The budget request focuses on countering the "pacing threat" of China, paying to modernize its capabilities in part by "taking risk" with system divestitures in the near term. The department's total force end strength would grow by 3,400 people to 515,300 in 2022. The Active-duty end strength of the Air Force, however, would actually fall by 751 people to 328,300. The Air Force budget also targets sexual harassment and assault and “extremism in the ranks,” with the service saying it will “ensure accountable leadership” in these areas, according to budget documents. 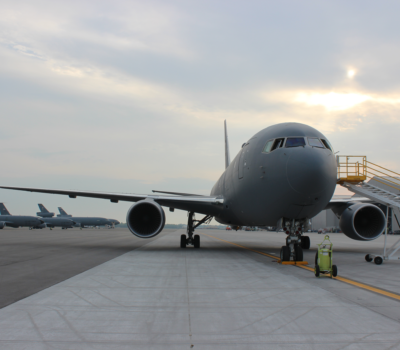 By Brian W. Everstine
The Air Force is again targeting its old tankers for retirement, so it can make room for new KC-46s to come online. The service's 2022 budget request looks to cut 18 KC-135s and 14 KC-10s, as it buys 14 more KC-46s. Maj. Gen. James D. Peccia, the Air Force deputy assistant secretary for budget, said the tanker cuts will be front loaded, rather than a one-for-one swap with new KC-46s, to ensure the new Pegasus aircraft and aircrews can be ready. “Part of it is to clear the way for ramp space for the KC-46s to come in, part of it is to use the manpower that is already in the KC-135 and KC-10 programs and transfer that over so we can get them trained and ready to go,” he said. 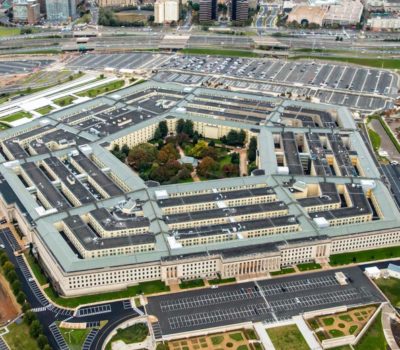 By Brian W. Everstine
The Pentagon’s $715 billion budget request aims to increase research and development, with a key focus on what is needed in the Indo-Pacific, and it will chop old aircraft to do it. The Biden administration’s first budget request, released May 28, includes the biggest total of research funding in Defense Department history—$112 billion, a 5.1 percent jump from its request last year. The research in new weapons systems and emerging technology is required to “meet the array of security challenges that we face today and in the future,” Deputy Secretary of Defense Kathleen H. Hicks said. The budget request does away with the Overseas Contingency Operations fund. Instead, $42.1 billion for enduring operations is moved into the base budget, down 22 percent from 2021 as the U.S. withdraws from Afghanistan and draws down its presence in Iraq and Syria. 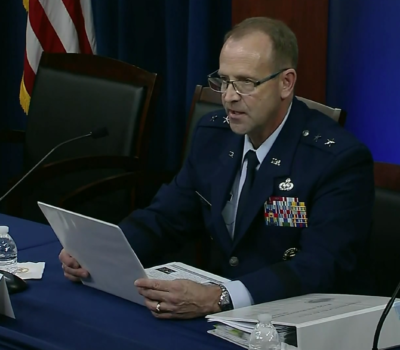 By Amanda Miller
The Space Force is asking for $17.4 billion in its 2022 budget request—more than 10 percent of the Department of the Air Force's $173.7 billion "blue" budget and a $2 billion increase from 2021. The request would grow the service to 8,400 Guardians, pay to transfer satellites from the Army and Navy to the new service, and fund more than $800 million in new classified programs. The defense-wide budget request, meanwhile, proposes more than a threefold increase in the Space Development Agency’s research, development, test, and evaluation budget, from $267.1 million in fiscal 2021 to $808.8 million in the fiscal 2022 request.

The Biden administration has decided not to rejoin the Open Skies Treaty with Russia, which President Donald Trump withdrew from in 2020. The treaty, which allows surveillance flights over military facilities in member countries, was first signed by the U.S. in 1992 and went into effect in 2002. In an announcement, the State Department said that Russia had violated the treaty and continued to do so, and the Kremlin’s behavior has been “not that of a partner committed to confidence-building.” President Joe Biden and Russian President Vladimir Putin are scheduled to hold a summit in Switzerland in mid-June.

The Air Force accepted its first F-15EX in March, touting the fourth-generation fighter as a key part of the branch’s future plans to utilize both fourth- and fifth-generation planes and replace older models like the F-15C and F-15D. But critics, including Doug Birkey, the executive director of the Mitchell Institute for Aerospace Power Studies, are unconvinced, saying the plane’s lack of stealth capabilities and cost will make it a burden in future conflicts. Birkey even called the F-15EX “an expensive way of getting shot down.”

The issue of food insecurity among military families is a fraught one, with little reliable data available. But lawmakers and advocates say there are too many service members who can’t provide enough food for their families, especially at lower pay grades. Among the proposed solutions to the problem are an allowance for lower-income military families, a six-month transitional SNAP program for new veterans and not counting the Basic Allowance for Housing as income when determining SNAP eligibility.

“Given the threats we face in space, especially from peer adversaries such as China, it is crucial that the USSF establish a credible, viable space deterrent force. This requires a service capable of degrading and/or destroying an adversary nation’s critical space infrastructure and their space forces. The USSF lacks key elements that are necessary to empower effective deterrence on orbit: sufficient offensive and defensive means to achieve its statutory functions as an armed force,” writes Christopher M. Stone, senior fellow for space studies at AFA’s Spacepower Advantage Research Center, Mitchell Institute for Aerospace Studies.

NASA submitted its largest ever budget proposal on May 28, seeking nearly $25 billion for the fiscal year 2022. That marks an increase of 6.6 percent over 2021, and the extra money is expected to go towards both earth science study and funding for the Artemis program, aimed at putting humans back on the moon by 2024. NASA administrator Bill Nelson called the budget request a signal that “science is back. The record funding in the science area will help NASA address the climate crisis and advance robotic missions that will pave the way for astronauts to explore the moon and Mars."

The Department of Homeland Security has upped its requirements for pipeline companies to report cybersecurity issues, mandating that they undergo a cybersecurity assessment and report results to the TSA and CISA, as well as any other potential or actual cyber threats in the future. The new rules are in response to the Colonial pipeline ransomware attack, which caused major gas shortages on the East Coast this month, and come after the Biden administration had already instructed defense contractors to report cyber threats.

Why Veterans Are Targeted by Radicals Online

Extremism within the military’s ranks has become an increasingly large concern for leaders as of late, with Defense Secretary Lloyd J. Austin III ordering an unprecedented “stand-down” in April after it was revealed that several veterans and Active service members had participated in the Jan. 6 insurrection at the U.S. Capitol, including Air Force veteran Ashli Babbitt, who was shot and killed. Kristofer Goldsmith, an Iraq War veteran, has started a firm that analyzes domestic extremism and says military members are targeted not because they are more vulnerable or susceptible, but because of their value as influencers on family and friends.

The Space and Air Forces Launch an LGBTQ Task Force

Maj. Gen. Leah Lauderback, who leads the Air and Space Forces’ LIT—Lesbian, Gay, Bisexual, Transgender, and Queer/Questioning Initiative Team—spoke at a virtual roundtable last week, reflecting on her own history with Don’t Ask, Don’t Tell and detailing how her task force is working on creating a more inclusive service.

OPINION: Don’t Just End the War in Afghanistan, Repeal the Resolution That Authorized It

“The ‘forever war’ isn’t limited to boots on the ground in Afghanistan: Nearly two decades after 9/11, the U.S. is engaged in combat operations in some 14 countries, bombing half a dozen of them on a semi‐regular basis. Ending one deployment won’t bring an end to endless war. Undergirding this vast military overstretch is the congressional resolution passed three days after the 9/11 attacks. Three Presidents in a row have stretched the 2001 Authorization for the Use of Military Force into an enabling act for far-flung, seemingly endless war,” writes Gene Healy, senior vice president, and John Glaser, director of foreign policy studies, at the Cato Institute.

Astronauts on Set: Space Station May Host Wave of TV Shows and Films

Who wants to be an astronaut? If the answer is you, there’s a reality TV show, appropriately titled “Who Wants to Be an Astronaut?,” that you ought to apply for. The Discovery Channel is seeking to cast about 10 would-be astronauts to compete during the series’s eight-episode run next year for a seat on a real-life trip to the International Space Station, followed by live coverage of the launch of the winner on a SpaceX rocket.