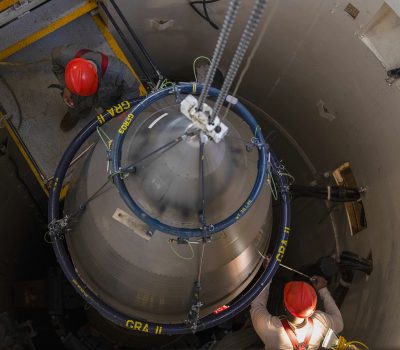 By John A. Tirpak
The first Ground-Based Strategic Deterrent missile will fly by the end of 2023, and not a moment too soon, as the Minuteman III ICBM is becoming increasingly costly and challenging to keep credible, strategic system managers and commanders said during an AFA virtual forum. They also discussed initial operating and full operating capability, and why the GBSD will last far longer than Minuteman could. 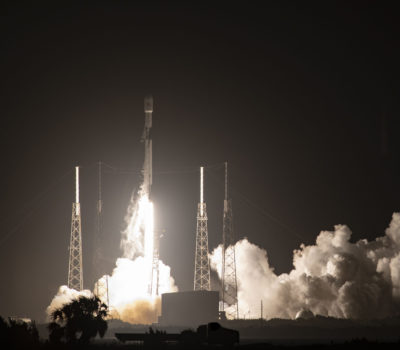 By Amanda Miller
The Space Force plans to try out a used rocket booster—a first under the National Security Space Launch program—when it launches the fifth GPS III satellite on June 17. The new satellite likely will amount to a modest improvement in GPS location accuracy but with the better anti-jamming and cybersecurity features of GPS III’s. 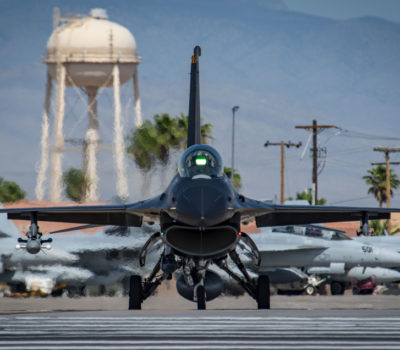 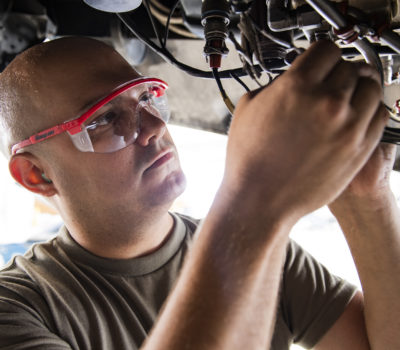 By Greg Hadley
A new uniform set is coming to the Air Force, giving Airmen in aircraft maintenance, industrial, and other labor intensive units the option to wear coveralls, provided their unit commander authorizes it.

Air and Space Warfighters in Action

The 325th Fighter Wing may be nearing a breaking point as it approaches its third year in limbo after Hurricane Michael tore through Tyndall Air Force Base, Florida, in October 2018. Stress on the Airmen who relocated to nearby Eglin Air Force Base, two hours across the Florida Panhandle, is burning out the maintenance force that handles one of the nation’s premier fighter jets, three current and former Airmen told Air Force Times.

The United States is not planning to support Afghan forces with air strikes after the U.S. troops withdrawal is complete, and counterterrorism strikes in Afghanistan will be limited to instances when attack plans have been discovered to strike the U.S. homeland or the homelands of our allies, according to the top U.S. commander in the Middle East, seemingly refuting a report from the New York Times.

NATO Secretary General Jens Stoltenberg, the coalition’s top civilian official, said June 14 the alliance will expand its defense clause to include attacks in space ahead of a scheduled summit between member state leaders. Stoltenberg explained the intention to expand Article 5, which says any attack on one of the alliance’s 30 allies will be considered an attack on them all.

U.S. President Joe Biden’s administration said on June 14 it supported an effort in the U.S. Congress to repeal the 2002 Authorization for the Use of Military Force that allowed the war in Iraq. The House of Representatives is due to vote this week on the legislation to repeal the 19-year-old Iraq war authorization, which was introduced by Democratic Representative Barbara Lee. There was no immediate word on when the Senate might consider it.

A fatal plane crash last month near Nellis Air Force Base was the result of a flap issue, according to a preliminary report from the National Transportation Safety Board released June 11. At 2:17 p.m. on May 24, witnesses reported seeing a plane “falling out of the sky” and the pilot ejecting himself before the plane crashed, according to the report. The jet and pilot were contracted by Draken US, a Florida-based military contractor that partnered with Nellis in 2015 to provide “adversary air support” for the U.S. Air Force.

Senior defense leaders are expected to update members of Congress soon on the issue of improving National Guard and Reservists pay, to ensure better benefits parity between the part-time forces and Active-duty troops for similar work. Joint Chiefs Chairman Gen. Mark A. Milley said last week that a “reform effort” on the issue is underway and officials are conducting a review to determine next steps.

As the COVID-19 pandemic starts to retreat in the United States, businesses of the defense industrial base are finding where they are now and what lies ahead, according to the results of a pulse survey from the National Defense Industrial Association, done under the Vital Signs project of the Strategy & Policy Department and released June 14.

With the help of a surgeon at M Health Fairview University of Minnesota Medical Center, Air Force Reserve pilot Lt. Col. Josh Nelson became the first USAF pilot to return to Active duty after a colectomy. Under his green flight suit is a bag that collects his body waste and, in his words, "gave me my life back."