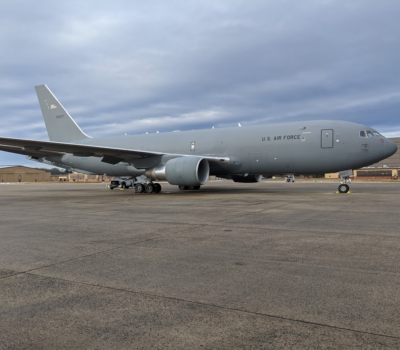 By Brian W. Everstine
The Air Force and Boeing are addressing two additional Category 1 deficiencies in the KC-46 in addition to the four remaining Category 1 problems involving the aircraft’s refueling system. The previously unannounced issues are with the aircraft's receptacle drain line tubes and Flight Management System, the Air Force said in a statement. Both issues are being fixed at Boeing’s expense. “There are no operational restrictions on fielded KC-46s due to either of these deficiencies, nor do they affect (Air Mobility Command’s) plan for KC-46 Interim Capability Release,” USAF spokesman Capt. Joshua D. Benedetti said in a statement. 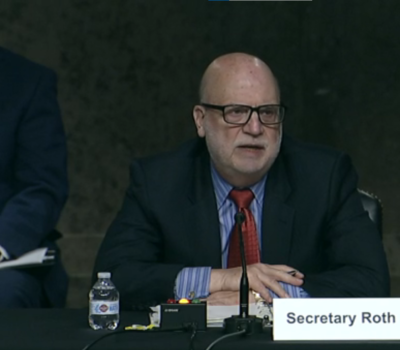 By John A. Tirpak
The Defense Department is reviewing the "pass-through" budget idiosyncrasy that can make the Air Force's spending levels look nearly a fifth larger than they really are, acting Air Force Secretary John P. Roth told the Senate Armed Services Committee. The sticking point is that changing the attribution of the money may expose secrets, Roth told the SASC. 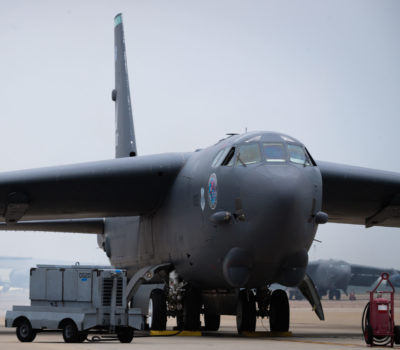 By John A. Tirpak
The total program cost of re-engining the B-52H fleet of 76 airplanes will be about $11 billion, a 9 percent jump over a previous estimate because of more-up-to-date data. Acting Air Force Secretary John P. Roth told the Senate Armed Services Committee on June 17 that recent press reports of a 50 percent increase are incorrect. The new number reflects information obtained from virtual prototyping of the system, along with “a re-assessment of the requirement” and the inherent complexity of integrating a modern, commercial engine onto the “aging platform that the B-52 is,” he said. 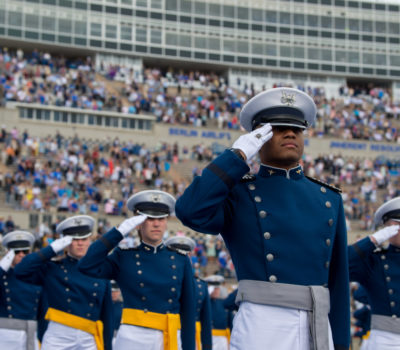 By Greg Hadley
Chief of Space Operations Gen. John W. “Jay” Raymond on June 17 said the creation of a new service academy for the U.S. Space Force is not necessary, instead saying he is “comfortable” with the relationship with the U.S. Air Force Academy. Sen. Tommy Tuberville (R-Ala.) raised the possibility of a new academy during a Senate Armed Services Committee hearing, saying, “I think we need something maybe where we just specialize with space.” 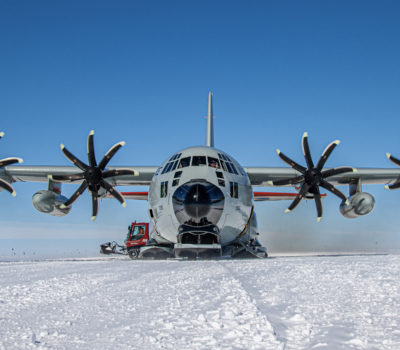 By Brian W. Everstine
The Pentagon’s 2022 budget is light on funding for the Arctic, though Defense Department officials want that to change in future funding requests as it develops a new strategy that will take into account the growing importance of the region. Defense Secretary Lloyd J. Austin III, testifying before the Senate Appropriations defense subcommittee on June 17, said the current request provides “some capability” for the Arctic, but he agrees that “we have to better resource our Arctic efforts in the future.”

A report has emerged that major Russian naval maneuvers were underway in the Pacific when U.S. Air Force F-22A Raptor stealth fighters were scrambled from their base in Hawaii over the weekend. The Raptors were supposedly launched to investigate unspecified Russian long-range aircraft, part of a group of naval vessels and aircraft that were participating in a large-scale exercise around 300 to 500 miles west of the Hawaiian islands. The incident came immediately ahead of the June 16 summit meeting between U.S. President Joe Biden and Russian President Vladimir Putin in Geneva.

On June 17, SpaceX successfully launched the upgraded Global Positioning System (GPS) satellite into orbit for the U.S. Space Force. The flight — the 19th launch this year for SpaceX and its workhorse Falcon 9 rocket — lifted off from Space Launch Complex 40 at Cape Canaveral Space Force Station during a 15-minute window that opened at 12:09 p.m. EST. Perched atop the rocket is the GPS III-SV05 satellite, which was built by Lockheed Martin.

The House voted June 17 to repeal the 2002 authorization of military force against Iraq, a step that supporters say is necessary to constrain presidential war powers even though it is unlikely to affect U.S. military operations around the world.

The head of the Space Force acknowledged that the U.S. is developing the “appropriate” directed-energy systems to maintain American space superiority, although he declined to provide details in the unclassified setting of a June 16 congressional hearing.

The Air Force Is Developing Bird-Like Microdrones with Flapping Wings

Military microdrones that can flap their wings and change their wingbeat mid-flight could soon be coming to a future battlespace. Building off a patent signed in 2014 to create maneuverable wings for unmanned aircraft, the U.S. Air Force's elite research lab is working with Airion Health LLC to prototype a mini air vehicle that can imitate either insect or bird flight and has the ability to change velocity without the support of a high-powered computer, according to a service release.

Clear Air Force Station has a new name. In a ceremony June 15, the installation near Healy, Alaska, was officially renamed Clear Space Force Station. Installation officials say the name-change won’t affect Clear’s main mission, which is to scan the horizon for incoming enemy missiles and alerting the U.S. missile defense system, including the base at Fort Greely, to the threat.

The Air Force and Navy are working on an agreement that will allow each of their software factories to share more code and products. The agreement is close to being finalized, Navy CTO Jane Rathbun said. There are still technical “nuances” being worked out between the departments on how best to create a collaborative environment between the Air Force’s Platform One and the Navy’s Black Pearl, each service’s DevSecOps software development platforms, but the gist of the agreement will allow each to work off the other’s platforms and code more easily.

Acting Secretary of the Air Force John P. Roth on June 16 pushed back on suggestions that the recommendation to relocate U.S. Space Command from Colorado to Alabama was politically tainted. Roth was responding to questions from Rep. Doug Lamborn (R-Colo.), who has been a vocal critic of the selection of the U.S. Army’s Redstone Arsenal in Huntsville, Alabama, as the future location of U.S. Space Command’s headquarters. The command is currently based at Peterson Air Force Base, Colorado.

OPINION: Why a Digital Culture is an Imperative for the U.S. Space Force

Beyond the imperative for change, aspiring to be a digital service is a natural fit for the Space Force. China and Russia are rapidly developing capabilities that threaten U.S. satellites in orbit and challenge the stability of the space domain. The need to address these concerns more directly is the reason why the United States Space Force was established. However, simply standing up a new military service is not enough.

CYBERCOM’s 2022 budget request includes an increase for overseas hunt-forward operations as well as the addition of the first four of 14 total planned new teams to its Cyber Mission Force, a CYBERCOM spokesman told Breaking Defense. Hunt forward is an interesting element of CYBERCOM’s operations. Teams deploy overseas to assess the networks of allies and partners — with their permission — looking for threats, vulnerabilities, and risks and then they share the information to improve cybersecurity posture.

A Complete History of Space Suits

From a modified flight suit to a Mars-ready prototype, the space suit has been the enduring hero in every mission to the outer reaches. Take a scroll through every iteration of the suits worn by NASA, Russia and other organizations who have gone into space.