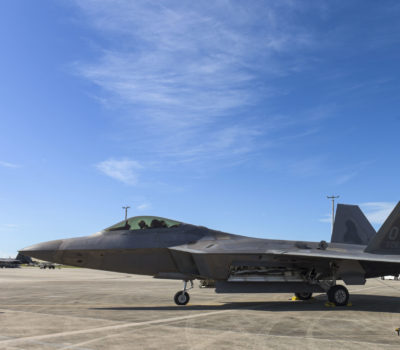 By Brian W. Everstine
Maintenance errors and oversights caused $2.69 million in damage to an F-22 Raptor in October 2020 at Nellis Air Force Base, Nev., investigators found. An Air Force Accident Investigation Board report released July 9 cited cultural issues within the 757th Aircraft Maintenance Squadron and distractions caused by a “distinguished visitor” event as contributing factors to the incident, in which an auxiliary power unit overheated. The jet had not flown since June 2020 and had undergone extensive modifications for an operational test mission at the Nevada base. 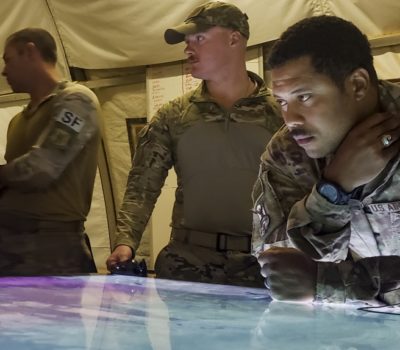 By Abraham Mahshie
Battlefield deaths from terrorist attacks in the vast, ungoverned region of Africa known as the Sahel have forced France to cut its military presence in half and ink a special operations deal with the U.S. at the Pentagon on July 9. In the face of rising great power competition with Russia and China, along with and a desire to slow the operational tempo after 20 years of Mideast wars, Austin now confronts a new challenge as a major ally begins pulling out of the regional hotbed for terrorist groups. 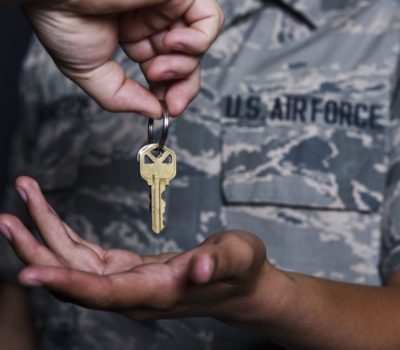 ‘Not a Good Situation’: Off-Base Housing Crisis Has USAF Scrambling 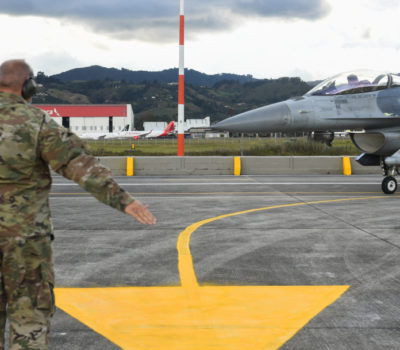 By Brian W. Everstine
Six F-16s along with Airmen from the 79th Fighter Squadron at Shaw Air Force Base, S.C., deployed to Colombia to train alongside aircraft from that nation in Exercise Relampago VI. The annual exercise focuses on joint air-to-air training with the two nations. The F-16s and Airmen first arrived at Comando Aereo de Combat Number 5 in Rionegro on July 1. The exercise gives Shaw Airmen the chance to fly and operate in a different location than they are used to, said Lt. Col. William McDowell, commander of the 79th Expeditionary Fighter Squadron and 474th Expeditionary Support Squadron.

Biden Presses Putin to Crack Down on Russian Ransomware Attacks, Warns US will 'Take Any Necessary Action'

President Joe Biden told Russian President Vladimir Putin on July 9 the U.S. would take "any necessary action" to defend its people and infrastructure following the latest ransomware attack by a Russia-linked group that compromised as many as 1,500 businesses worldwide. In a call with Putin, Biden "underscored the need for Russia to take action to disrupt ransomware groups operating in Russia and emphasized that he is committed to continued engagement on the broader threat posed by ransomware," according to a White House statement.

Afghan Pilots Assassinated by Taliban as US Withdraws

At least seven Afghan pilots have been assassinated off base in recent months, according to two senior Afghan government officials. This series of targeted killings, which haven't been previously reported, illustrate what U.S. and Afghan officials believe is a deliberate Taliban effort to destroy one of Afghanistan's most valuable military assets: its corps of U.S.- and NATO-trained military pilots.

“China’s aggressive military space strategy, which views space warfare as “rapid and destructive,” must prompt U.S. space leaders to rethink their approach to this growing threat. While defenses against Chinese ground-based anti-satellite missiles or on-orbit weapons may include such methods as proliferation of numerous small-satellite constellations or hardening of satellites themselves, speed and maneuverability will remain key war-fighting attributes. A safe, reliable and effective way to achieve these attributes is through the use of nuclear thermal propulsion for our space vehicles,” writes Christopher Stone, senior fellow for space studies at the Spacepower Advantage Research Center of the Mitchell Institute for Aerospace Studies.

The U.S. Air Force is aiming to make a digital twin of the F-16, hoping to cut down the time and money it takes to sustain its most prolific fighter. Over the next four years, the Air Force will pluck two F-16s from the boneyard, disassemble them and use “digital engineering” to create an exact digital replica of the airframe and many of its major subsystems. The twin will allow the service to simulate future wear on the aircraft, maintenance and upgrades, as well as provide a path for the service to find new manufacturing sources for F-16 parts.

In episode 30 of the Aerospace Advantage, “Space Force Innovation? The Threat of Over-Classification Dominance,” host John Baum takes you into the land of secrets involving space strategy, operations, and industrial innovation. How we protect highly classified information for the sake of national security limits Space Force's access to a vast global market of talent and technology, impedes effective communications with Congress and the public, and ultimately constrains the growth of the nation's spacepower.

The US Air Force's Agility Prime program has issued airworthiness approval to Kitty Hawk for its Heaviside tilt propeller electric vertical take-off and landing (eVTOL) aircraft. Colonel Nathan Diller, AFWERX director, told Janes on July 1, ahead of the announcement, that this will enable the company to perform government flight tests for revenue, which means the USAF can start paying Kitty Hawk to explore different operational concepts that the company perhaps did not initially envision engaging with the service about.

OPINION: How We Get to Captain America-level Battle Speeds

“In the season finale of the Marvel series “'he Falcon and the Winter Soldier,' the new Captain America, a former Air Force pararescueman, uses the fusion of perfect communications, flawless sensors, and artificial intelligence to lead an air and ground operation to rescue hostages and capture a group of global extremists. While this was entertaining fiction, the fact is that future conflicts will require the U.S. military to make rapid progress toward this and other aspirational visions of command and control, or C2,” writes Gen. David Allvin, Air Force vice chief of staff.

The Space Rapid Capabilities Office was set up in tandem with the Space Force and U.S. Space Command; during its two-year tenure, the shop has been responsible for quickly procuring some of the more secretive programs for those organizations. Now, the Space RCO director, Michael Roberts, is sharing some of the statistics, successes and challenges the office has encountered as it’s helped bring commercial ideas from the prototyping phase to actual programs of record for the nation’s newest military branch.

Air Force Once Again Will Allow Guests at Graduations. But Bring Your Vaccine Card

Billionaire Richard Branson Reaches Space in His Own Ship

Swashbuckling billionaire Richard Branson hurtled into space aboard his own winged rocket ship Sunday, bringing astro-tourism a step closer to reality and beating out his exceedingly richer rival Jeff Bezos. The nearly 71-year-old Branson and five crewmates from his Virgin Galactic space-tourism company reached an altitude of 53.5 miles (86 kilometers) over the New Mexico desert — enough to experience three to four minutes of weightlessness and witness the curvature of the Earth — and then glided back home to a runway landing.