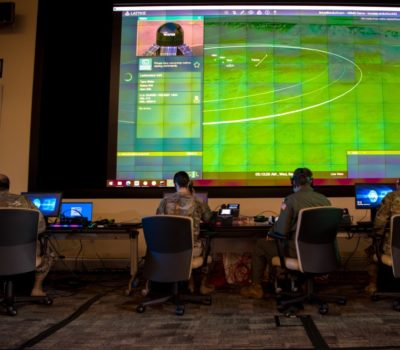 By Abraham Mahshie
In Defense Department wargames in 2018, America lost 18 straight competitions with a peer adversary. What was more troublesome, recalled Lt. Gen. S. Clinton Hinote, was that the United States was losing the war faster in each subsequent round. Hinote, Air Force deputy chief of staff for strategy, integration, and requirements, described the Pentagon briefing that shook the thinking of defense leaders at the time. 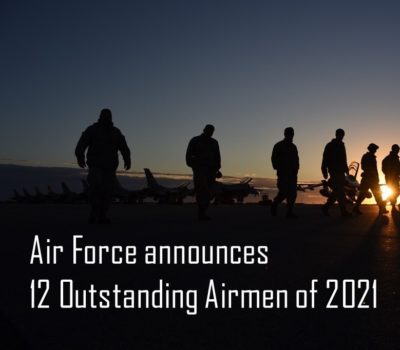 USAF Announces 12 Outstanding Airmen of the Year for 2021

By Amy Hudson
The Air Force on July 12 announced the 12 Outstanding Airmen of the Year for 2021. An Air Force selection board considered 35 nominees representing each of the major commands, direct reporting units, field operating agencies, and Headquarters Air Force. The winning 12 were selected based on “superior leadership, job performance, and personal achievements,” according to a USAF release. 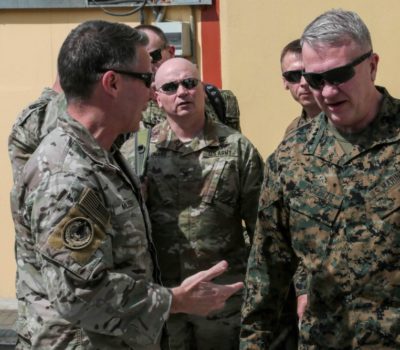 By Brian W. Everstine
U.S. forces in Afghanistan have a new commander for the waning days of the war who the Pentagon says will retain the authority to conduct strikes in support of Afghan forces—something that has happened during the withdrawal, though the Defense Department will not provide specifics. U.S. Central Command boss Gen. Kenneth F. McKenzie Jr. took command of U.S. Forces-Afghanistan and the Resolute Support mission during a July 12 ceremony in Kabul, accepting the reins from U.S. Army Gen. Austin Scott Miller, who has served in the role since 2018 and is the longest-serving leader of the war. Pentagon spokesman John F. Kirby, in a July 12 briefing, said the change of command does not mark the end of the war but is a milestone in the progression of the withdrawal.

Riding the Wave: Defense Revenues Rise Despite a Dark 2020

Defense revenues of the top 100 defense companies in the world climbed for a fifth consecutive year, a sign that fiscal 2020 was good for the industry despite the crippling coronavirus. The pandemic was tough on the commercial side of the global aerospace industry, as it sapped demand for air travel, but the list bears out an expectation that the defense industry would hold steady.

More evidence is cropping up that military commanders may not be prepared to handle complex legal decisions entrusted to them, such as knowing when to prosecute a crime. A report from the Government Accountability Office found that the military services were unable to account for legal training that military commanders took. Additionally, GAO found that legal training is generally for mid-level commanders, who may have held command positions before and their decisions could have benefited from the courses. GAO also found that commanders in similar grades and legal responsibilities may not have the same amount of training.

On July 3, another Chinese rocket fell to Earth. But this one landed in the Pacific Ocean with very little splash. The Long March-2F rocket launched June 17 from the Jiuquan Satellite Launch Center in northwest China. It carried the Shenzhou-12 spacecraft and three Chinese astronauts to the country’s new space station. Then, just like its higher-profile predecessor, the Long March-5B, the rocket ran out of fuel after boosting the astronauts into space and began to free-fall back to Earth.

The Army general who spent the past decade leading an oft-stalled effort to prosecute five men held at the Guantanamo Bay detention center for the Sept. 11 terrorist attacks is retiring from the military, leaving his post as chief prosecutor as a trial remains elusive.

China Says it Chased US Warship Out of Disputed Sea

China’s military said it chased a U.S. warship out of a disputed area of the South China Sea on July 12 after Washington warned an attack on the Philippines might activate a mutual defense treaty. Beijing affirmed its claims to portions of the sea that also are claimed by Southeast Asia governments. It rejected the Biden administration’s declaration of support July 11 for an international tribunal ruling in favor of the Philippines.

The U.S. Air Force’s latest large-force test event has once again pushed the boundaries of modern aerial warfare, leveraging long-range “kill web” technology and integration of an autonomous drone. A test pilot at the center of the work told The War Zone how ranges in the east and west of the United States came together to prove-out data link fusion, while the Air Force’s Skyborg program gave an early, but important, demonstration of how it can operate safely and effectively in complex aerial battlespace.

Biden is Betting Big on Afghanistan's Air Force. But Its Problems Continue to Grow.

In addition to pulling out all but a handful of troops from Afghanistan, the Pentagon has also flown thousands of contractors out of the country in recent weeks, leaving a skeleton force of several hundred behind to do everything the Afghans can't—including fixing their own airplanes and helicopters and handling logistics. As the withdrawal continues, more of that wrench turning will be done by Afghan crews, with U.S. contractors looking over their shoulders via Zoom or coaching them over the phone, defense officials say.

19 Military Athletes to Represent US at Tokyo Olympics

Seventeen soldiers, one Marine, and one Coast Guardsman have earned spots in the delayed 2020 Olympics in Tokyo. The games, which were postponed last year due to COVID-19, will be held from July 23 to Aug. 8.