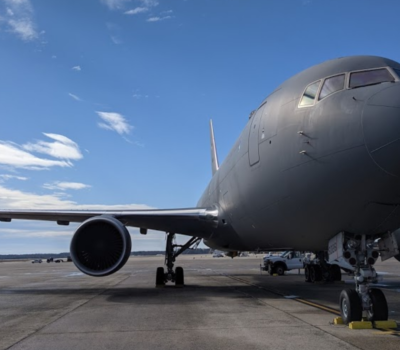 By Brian W. Everstine
The Air Force on July 19 released a request for information to the defense industry for the proposed “bridge tanker” to follow the KC-46, with a list of questions emphasizing how the future refueler will continue the service’s push for improved command and control on its aircraft. The “bridge tanker” proposal calls for 140-160 commercial-derivative aircraft to come online after the last KC-46 is delivered in 2029, to replace KC-135s that are aging out and to cover the gap until the service develops its future Advanced Air Refueling Tanker. The RFI states the aircraft need to be based on existing and emerging technologies, with delivery beginning no earlier than 2029 at a rate of 12 per year. 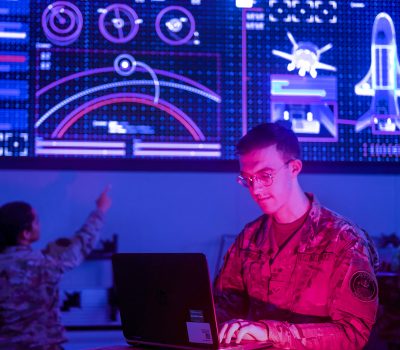 By John A. Tirpak
Rules governing how the U.S. military can buy software and networking tools are standing in the way of rapidly developing adaptable networks that can win future wars, according to a new paper from the Mitchell Institute for Aerospace Studies. “Speed is Life: Accelerating the Air Force’s Ability to Adapt and Win” posits that “bureaucratic systems” actually prevent the Air Force and other military services from rapidly developing, experimenting with, and fielding new software and networks, author Heather Penney said on a streaming webcast to discuss the paper. 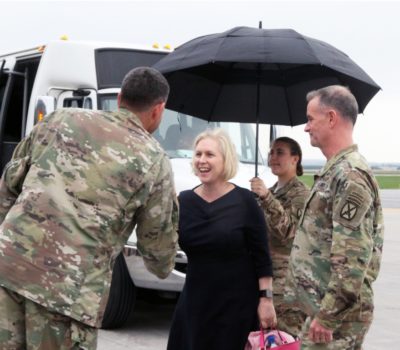 By Greg Hadley
The Senate Armed Services personnel subcommittee voted July 20 to include New York Democrat Kirsten Gillibrand’s bill to remove prosecution of serious crimes from the military chain of command in its markup of the 2022 National Defense Authorization Act, setting up a debate in the full committee over just how far reforms of the military justice system will go. Gillibrand’s bill, which would have a military attorney from a Judge Advocate General’s Corps review completed investigations for serious crimes, and then decide if the case should go to court instead of to base commanders, has attracted broad bipartisan support, with 66 co-sponsors from both sides of the political aisle. 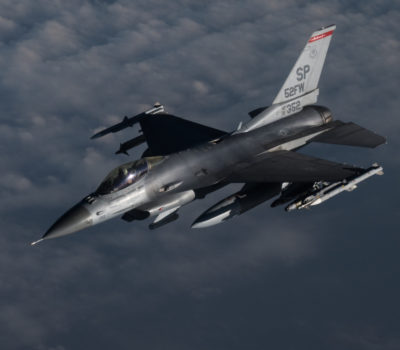 By Brian W. Everstine
U.S. forces July 20 conducted an airstrike targeting al-Shabab fighters in Somalia, the first such strike under President Joe Biden. The strike, which comes after most American troops have left the country, supported partner Somali forces under attack in the vicinity of Galkayo. “There were no U.S. forces accompanying Somali forces during this operation,” Defense Department spokesperson Cindi King said in a statement. “U.S. forces were conducting a remote advise-and-assist mission in support of designated Somali partner forces.”

A spike in the number of confirmed cases of COVID-19 at and around Kunsan Air Base in South Korea has prompted the Air Force to order unvaccinated personnel there to shelter in place, and all personnel to stay on base. In an email July 20 to Military.com, Capt. Scarlett Trujillo, head of public affairs for the 8th Fighter Wing at Kunsan, confirmed that wing commander Col. John Gallemore is keeping all personnel on base due to the increase in COVID cases. The restrictions were put in place July 15 and cover both vaccinated and unvaccinated personnel.

SPONSORED: IT Modernization: Transforming Everything from Your Desktop to JADC2

Billionaire Amazon founder Jeff Bezos and his Blue Origin rocket crew realized dreams and made history July 20, blasting off from the West Texas desert, reaching space and returning to Earth in a smooth parachute landing minutes later. "Happy, happy, happy!" Jeff Bezos said from space. "You have a very happy crew up here!" The New Shepard provided large windows to enjoy the view, and the crew was treated to three or four minutes of weightlessness.

‘There Are So Few People that Get This’: Biden Faces Hurdle in Finding New Pick for Pentagon’s Top Buyer

Mike Brown’s withdrawal from consideration as the Pentagon’s acquisitions chief has become an obstacle for the Biden administration’s efforts to tap innovative tech firms to compete with China, and top lawmakers say they want the President to quickly find a qualified candidate for the role. Senate Armed Services Committee Chairman Jack Reed, who serves as a key gatekeeper for Pentagon nominees and policy, told Defense News that the job of undersecretary for acquisition and sustainment―which involves the tricky balance of affordability, modernization, and cohesion between systems―is “a critical job.”

A new type of electric, fixed-wing drone last week achieved a world record for time in the air using thrust. The flight shows what combat support by electric drones could look like as the Defense Department works to connect more hardware under increasingly difficult conditions. The 16-foot-wingspan drone, dubbed the K1000 ULE Rev-P, from Kraus Hamdani Aerospace, or KHA, completed a nonstop, 26-hour flight under continuous thrust last week.

Virtually all of the Afghan war’s dead arrived back on American soil at Dover Air Force Base. Seeing to those remains is such trying work that many do it for just six months. But Chaplain David Sparks was here when the war was launched and the first casualties arrived, through waves of bloodshed, and he's here now, two decades later.

As they moved to escape the Capitol on Jan. 6, protestors who had violently broken down the doors and broken through the windows of the building came within yards of then-Vice President Mike Pence and his team, and thus a briefcase containing the procedures to launch a nuclear strike in the event of the President’s incapacitation. On July 19, the Defense Department inspector general’s office announced a project that will evaluate the procedures in place should a “nuclear football,” ones of which travel at all times with both the President and vice president, be lost or compromised, according to a release.

A new study by The Aerospace Corporation finds that there are four strategic decisions that US policy-makers will need to consider—and perhaps more crucially, weigh tradeoffs among—in developing norms of behavior for space, including domestic buy-in and the choice of initial negotiating partners. The new study, “Building Normentum: A Framework for Space Norm Development,” an advance copy of which was provided to Breaking Defense, comes as U.S. Space Command is working to implement the first-ever official DOD guidance on norms for U.S. military space operations.

About 30 Spangdahlem Families Displaced by Deadly Floods in Germany

Dozens of U.S. Air Force families stationed at Spangdahlem Air Base in Germany have been displaced from their homes after heavy flooding struck the area last week, a spokesperson for the 52nd Fighter Wing told Air Force Times. Nearly three inches of water fell on western Germany and neighboring countries during a 12-hour span that began midday July 14 and caused deadly floods around the area. All told, three months’ worth of rain fell in the space of three days, the U.S. military said.

The U.S. Air Force Research Laboratory announced July 19 it has completed a two-year experiment that will help better understand the effects of radiation on space hardware in medium Earth orbit. Known as the Demonstration and Science Experiments (DSX) mission, the spacecraft was one of 24 payloads launched June 25, 2019, on a SpaceX Falcon Heavy rideshare. AFRL had spent 16 years developing and testing DSX. The mission was to study the harsh radiation environment of medium orbits—from about 2,000 to 35,000 kilometers above Earth—where the Defense Department operates critical spacecraft like the Global Positioning System.

The War Zone has begun to analyze some of the thousands of Federal Aviation Administration (FAA) drone and unidentified aircraft incident reports collected in our new mapping tool. Several of these reports describe incidents that have been featured in our previous stories, including one that showcased nearly two dozen unusual incidents involving military aircraft or training ranges. However, many of them have provided leads on new and highly unusual incidents, ranging from puzzling high altitude encounters to craft described as cylinders and even discs.