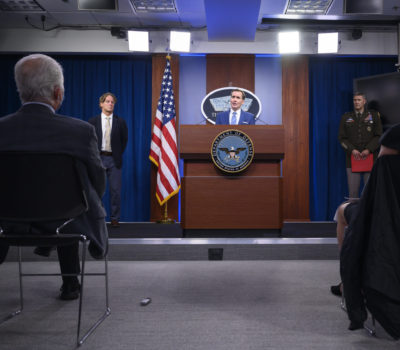 9 C-17s Arrive in Afghanistan to Help with Evacuations

By Brian W. Everstine
Nine C-17s flowed into Kabul overnight after the international airport opened, carrying in more U.S. troops for security and conducting evacuations of American, Afghan, and other third-country people following a chaotic day at the last U.S.-controlled position in Afghanistan. Pentagon spokesman John F. Kirby said local commanders are speaking with Taliban commanders outside the base to ensure no additional security incidents. 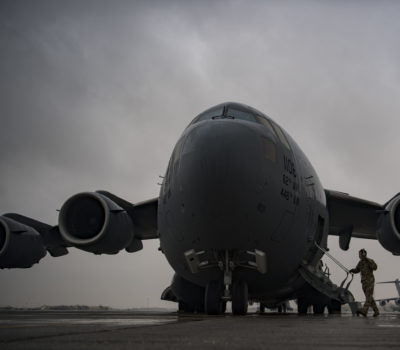 By Brian W. Everstine
The Air Force is investigating the events that led to a C-17 taking off with civilians clinging to its landing gear then falling to their deaths as the aircraft left Kabul’s airport amid a chaotic scene Aug. 16. Videos of the C-17 departing have been seen around the world, with a mob surrounding it as it taxied at Hamid Karzai International Airport. Other videos showed people falling after it took off. The Air Force Office of Special Investigations is reviewing all information regarding the incident, in coordination with Air Mobility Command and other international partners. “OSI’s review will be thorough to ensure we obtain the facts regarding this tragic incident,” the Air Force said in a statement. “Our hearts go out to the families of the deceased.” 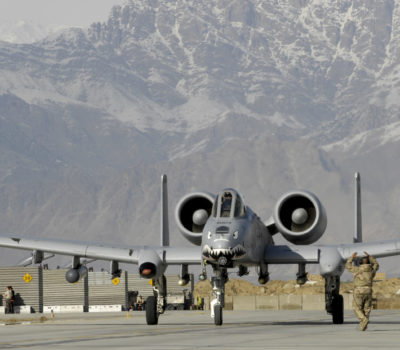 By John A. Tirpak
Airpower rapidly achieved America’s goals in the Afghanistan War 20 years ago, but a change in the mission led inexorably to this week’s chaotic exit, Air Force Association leaders said Aug. 17. The situation should teach lessons about how best to use American power in the years to come, they said in a message on the association's website. 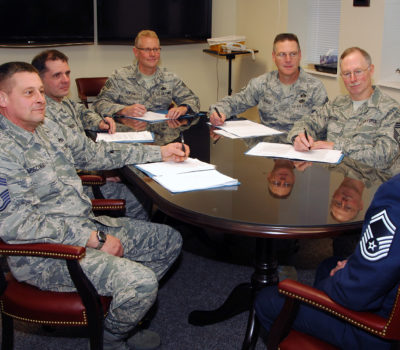 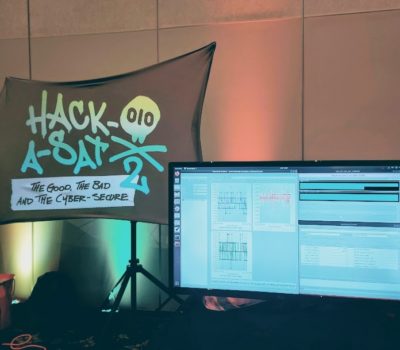 By Shaun Waterman
The Space Force’s second annual Hack-A-Sat contest in December will reflect its commander’s determination to be the first truly digital military service, organizers told Air Force Magazine in an interview at the recent DEF CON hacker convention. Hack-A-Sat was one of the principal attractions at DEF CON’s Aerospace Village—one of the many specialist areas of the convention, each focused on a different variety of hacking expertise. The competing teams will try to hack each other’s “flat sat” hardware—an earthbound duplicate of the technology inside a real satellite—while defending their own. But before the event gets underway Dec. 11, the teams get to familiarize themselves with the systems they'll defend and, using a digital twin—a software model that behaves exactly as the flat sat hardware would—to practice attacking those systems.

A space race is afoot, and in this brave new interstellar world, experts say concerns remain about the cybersecurity and resiliency—or lack thereof—for constellations of space-based assets and the global networks they enable. And with global investment in space exploding, the issue is not going away anytime soon.

Retired Air Force Gen. Kevin Chilton will hold the Explorer Chair for Space Warfighting Studies at the Mitchell Institute Spacepower Advantage Research Center beginning Sept. 1. Chilton is a three-time astronaut, having commanded the space shuttle mission STS-76. He is the first and only astronaut to command Air Force Space Command and concluded his military career as commander of U.S. Strategic Command, where he was responsible for all U.S. forces conducting strategic deterrence and all Department of Defense space and cyberspace operations.

‘Please Don’t Leave Us Behind. We Will Be Great Americans.’

As the world watched the United States pull out from Afghanistan and Taliban forces take over the country, The Bulwark spoke by text message with an Afghan Air Force pilot, now in hiding along with several other pilots and hoping to be evacuated. “​​We did not all just give up and quit. Yes, some did. Once the Americans left, we weren’t ready to start doing all the logistics,” the pilot said.

A U.S. Southern Command joint task force has already begun working to aid the people of Haiti, which was recently hit by a devastating earthquake and is now being flooded by a tropical storm. Joint Task Force–Haiti is moving to the island nation in support of the mission, which is being led by the U.S. Agency for International Development.

Online flight tracking software showed that a U.S. Air Force RC-135W Rivet Joint, an airliner-sized intelligence, surveillance, and reconnaissance aircraft, was orbiting around Kabul on Aug. 17 as the United States and other countries continued to conduct evacuation operations from Hamid Karzai International Airport. Pictures have also emerged indicating that helicopters belonging to the U.S. Army's elite 160th Special Operations Aviation Regiment (SOAR) are also now on the ground at the airport.

Built and trained at a two-decade cost of $83 billion, Afghan security forces collapsed so quickly and completely—in some cases without a shot fired—that the ultimate beneficiary of the American investment turned out to be the Taliban. They grabbed not only political power but also U.S.-supplied firepower—guns, ammunition, helicopters and more.

Foreign Governments Scramble to Leave Afghanistan Amid Violence and Chaos

International leaders Aug. 16 scrambled to respond to the chaotic situation in Afghanistan that deteriorated more quickly than many anticipated. Several countries, including Canada, the United States, Norway, and Denmark, have shuttered their embassies, but the Western troop presence in Afghanistan is increasing as nations evacuate both their own citizens and the Afghans who helped their governments during the 20-year war amid chaos and violence at the airport in Kabul after the city fell to the Taliban.

The New US Air Force Secretary Wants to ‘Scare China’

After being sworn in as the U.S. Air Force’s top civilian, Frank Kendall went straight to the budget books. Kendall, a former Pentagon acquisition chief who is well acquainted with the world of military technology, immediately immersed himself in the Air Force’s fiscal 2023 budget and directed a number of last-minute adjustments to the plan. The goal, Kendall said, is to field the kinds of leap-ahead technologies that “scare China.”

An Afghan journalist who survived harassment, death threats, and violence covering the Taliban in the 1990s held the Pentagon’s feet to the fire Aug. 16 when she asked press secretary John Kirby where Ashraf Ghani, her country’s former president, had fled. Nazira Karimi also used the opportunity to express her frustration at the Taliban’s swift return to power.

The unprecedented court-martial of an Air Force general for sex offenses is spurring debate among legal experts about the wider significance of the case for the military. Maj. Gen. William T. Cooley, the former head of the Air Force Research Laboratory, was referred for court-martial in April based on accusations that he groped and kissed a civilian woman in 2018. Cooley will be tried on a charge of sexual assault. He denies the allegation.

Congressional leaders are planning hearings into the bungled departure of American forces in Afghanistan and the collapse of the democratic government there, saying that U.S. leaders must never again repeat the same mistakes. On Aug. 16, Senate Armed Services Committee Chairman Jack Reed (D-R.I.) said the failures seen in Afghanistan in recent days “have been manifesting over four presidential administrations of both political parties” and that the result “is not a Democratic or a Republican problem.”

ESPN's 'College GameDay' will Broadcast from Annapolis for Air Force vs. Navy: Report

ESPN will reportedly send its "College GameDay" crew to Annapolis when the Air Force visits Sept. 11. Air Force and Navy, who typically play on the first weekend of October, moved the date of the game up a month this year to coincide with the 20th anniversary of the 9/11 attacks. An Air Force spokesman said he had not heard from ESPN but deferred to Navy, saying the home team would be in contact with the network.