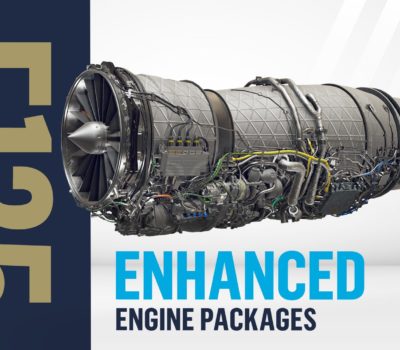 By John A. Tirpak
Modifications Pratt & Whitney is proposing to its F135 engine can improve thrust and efficiency and would be far less costly than giving the F-35 fighter a new powerplant developed through the Adaptive Engine Transition Program, the engine maker said. 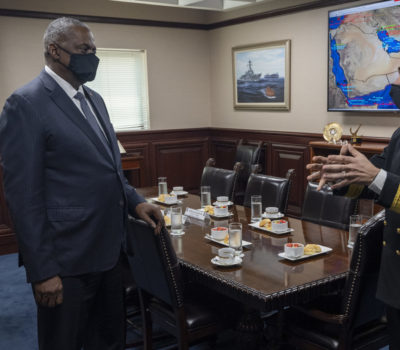 By Abraham Mahshie
Capping his Gulf state tour in Kuwait, Defense Secretary Lloyd J. Austin III visited Marines present during the Aug. 26 Kabul airport attack and warned that Al-Qaida may emerge in the chaos now enveloping Afghanistan. “The whole community is kind of watching to see what happens and whether or not Al-Qaida has the ability to regenerate in Afghanistan,” Austin said. “The nature of Al-Qaida and ISIS-K is they will always attempt to find space to grow and regenerate.” 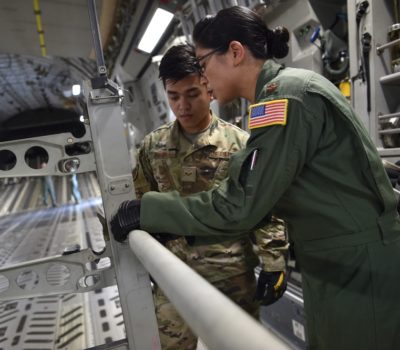 By Greg Hadley
Less than 10 months after the Air Force Inspector General released an Independent Racial Disparity Review detailing numerous disparities facing Black Airmen, a second review recorded still more disparities facing other racial and ethnic minorities, as well as women, in the Air and Space Forces. Released Sept. 9, the 208-page report details disparities in recruitment, retention, and promotions among women, Asian Americans, Native Americans, Latinos, and Pacific Islanders when compared to white men. On top of that, one in every three female service members said they had experienced sexual harassment during their careers. 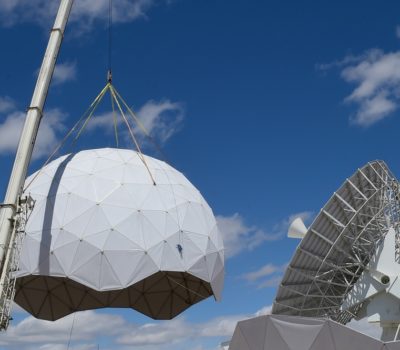 By Shaun Waterman
Within 30 days, the Space Force office that buys commercial satellite services for the Department of Defense will publish a timeline for the implementation of new cybersecurity standards that private-sector satellite communication providers must meet if they want to compete for contracts to supply the Air Force and other military services, according to officials and industry executives. 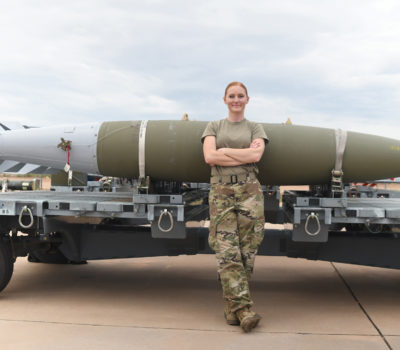 The Air Force’s 12 Outstanding Airmen of the Year for 2021 will be formally recognized at AFA’s Air, Space & Cyber Conference from Sept. 20 to 22 in National Harbor, Md. Air Force Magazine is highlighting one each workday from now until the conference begins. Today, we honor Staff Sgt. Kristy Riley, 924th Maintenance Squadron Munitions Flight combat plans training supervisor. Riley’s ingenuity was instrumental in overcoming a four-month backlog due to COVID-19 travel restrictions, during which she taught nine virtual courses and trained seven non-local Air Force Reservists on 84 training tasks. She networked four field training detachment missile courses for 24 Airmen, eliminating a six-year certification shortfall, while saving $10,000 in travel costs. She is even credited with saving two civilian lives.

The U.S. Air Force’s top general backs proposed legislation that would cap the number of F-35s the Defense Department can buy unless it meets affordability goals for operating and sustaining the jet. The House Armed Services Committee’s version of the fiscal 2022 defense policy bill—approved by the committee Sept. 2—would require the Air Force, Navy, and Marine Corps to meet targets for “cost per tail per year,” which measures the average cost of flying, maintaining, and upgrading the jet.

The U.S. Space Force has ramped up use of its Space Enterprise Consortium, pushing out $1 billion in contracts for prototyping efforts in its first year under new management. That marks a significant increase. From 2017 through about the end of 2020, the consortium issued a total of just $856 million in contracts. For context, the Space Force requested $17.4 billion for the entire service for fiscal 2022.

The Defense Department is “weeks away” from finalizing the implementation plan for its joint all-domain command and control (JADC2) concept, J6 Deputy Director and Cross-Functional Chair Brig. Gen. Robert Parker said Sept. 8. The implementation plan represents the start of the next key phase in the DOD’s journey to move JADC2 from concept to operational technology.

The Pentagon’s next budget request will feature a more detailed breakdown of its investments on climate-related issues than ever before, with the department’s No. 2 official saying she has put a “special emphasis” on climate solutions. “These are not ideological issues of climate versus warfighting,” Kathleen Hicks, deputy secretary of defense, said Sept. 8. “This is about ensuring we are resilient and capable for the warfighter of the future, and we’ll be making those investments.”

The Pandemic Has Cost the Pentagon at Least $13.6B and Counting

The coronavirus pandemic has cost the Pentagon at least $13.6 billion over the past year, and more costs are expected as the military increases its testing of civilian personnel, according to U.S. defense officials. The current total includes an estimated $7.1 billion to reimburse defense companies for pandemic-related expenses and $6.5 billion for “other COVID-related costs,” said Pentagon spokesperson Jessica Maxwell.

The Defense Department is making progress on reinstating the 42 advisory boards, which suspended operations at the beginning of the Biden administration. Deputy Defense Secretary Kathleen Hicks says 16 of the Pentagon’s advisory boards are now starting operations and being staffed again. Hicks said during a speech at the Defense News Conference that she hopes all of the advisory boards that were put on hold will be up and running by the end of the year.

Top US General Praises Air Force Crews who Rescued Thousands from Kabul: ‘Nothing Short of a Miracle’

The top officer in the U.S. military gave Air Force crews a pep talk Sept. 8 for their effort to evacuate 124,000 Afghan refugees out of Kabul last month. Army Gen. Mark Milley, the Chairman of the Joint Chiefs of Staff, said it was the largest airlift in human history and that the Airmen involved should be proud of their achievement despite “all the negativity that’s out there,” he said.

​​At the farthest point from any landmass on earth, and four kilometers under the sea, lies the space cemetery. When their outer space journeys come to an end, old satellites, rocket parts, and space stations are sent to this desolate spot in the Pacific Ocean to rest on the dark seabed forever. The technical name for this stretch of water is the “ocean point of inaccessibility” because it lies about 2,700 kilometers from any land. But it is more commonly known as the space cemetery, or Point Nemo—named for the fictional submarine captain in Jules Verne’s 20,000 Leagues Under the Sea.