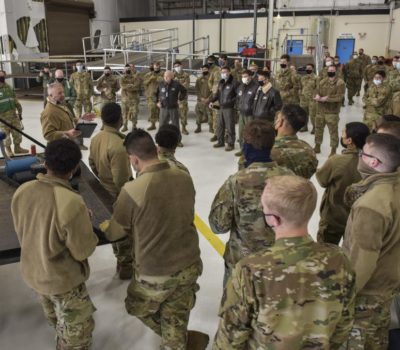 By Greg Hadley
A new year is poised to bring some key changes for Air Force and Space Force personnel, as the services look to continue to combat the COVID-19 pandemic, transition to a new force generation model, roll out changes to their physical fitness programs, promote diversity, and more in 2022. 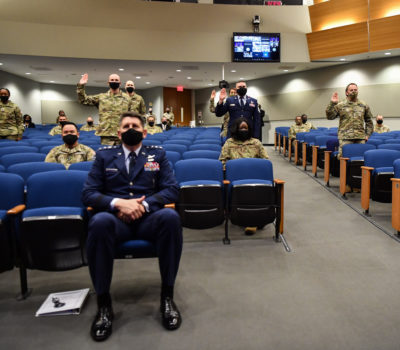 By Amanda Miller
Leaders of the Space Force foresee the service continuing to become more “lethal” in its third year, inventing new tactical scenarios while maturing its organizational charts and carving out roles for companies, universities, and other of the world’s militaries. By Abraham Mahshie
U.S. Southern Command is planning to expand its military space engagement in the Americas to help partner nations in ways China and Russia don't, combating crime from drug trafficking to deforestation and illegal fishing while also improving space domain awareness for the region. 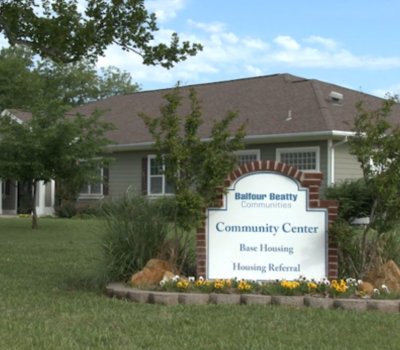 By Greg Hadley
Balfour Beatty Communities, one of the largest providers of privatized military housing in the U.S., has pleaded guilty to defrauding the Air Force, Army, and Navy, the Justice Department announced Dec. 23. Under the terms of the plea agreement, Balfour Beatty Communities has agreed to pay $65 million—$33.6 million in criminal fines and over $31.8 million in restitution—as a result of a federal investigation into its scheme to obtain performance bonuses by submitting false information to the military.

With 2022’s Arrival, U.S. Air Force Gears Up to Commemorate its 75th Anniversary

It’s never too early to start celebrating a major milestone, which explains why the U.S. Air Force and Department of the Air Force kicked off the year with a bang Jan. 1 by highlighting the start of their 75th year at the Tournament of Roses Parade and the Rose Bowl. Seventy-five years after the Air Force’s birth on Sept. 18, 1947, the spirit of innovation that has driven the service was on display when a B-2 Spirit from the 509th Bomb Wing, located at Whiteman Air Force Base, Missouri, roared over the Tournament of Roses Parade and one of the most prestigious college bowl games, the 2022 Rose Bowl, to kick-off the yearlong 75th-anniversary celebration.

Airmen and Guardians who are eligible and elect to receive a booster dose of the COVID-19 vaccine are authorized a four-hour pass, or up to four-hours administrative leave for Department of the Air Force civilians.

Air Force Enlisted Promotions will Run a Bit Differently in 2022

Enlisted airmen will navigate several changes to their career development and promotion processes in 2022 that aim to reward experience and critical thinking. The updates could also offer more flexibility for people who want to gain certain job skills or live in certain areas.

Of all the moving and shaking (not to mention shenanigans) likely to happen next year in military space, acquisition reform will be the one key topic to keep the keenest eyeballs on. As is often the case in governance, process will be a big factor in setting policy.

The melee involving Afghan Air Force members ahead of Kabul’s fall hasn’t been previously reported. Reuters also learned exclusive details from airmen and former Afghan officials who participated in the secret operation to fly Ghani and his entourage to neighboring Uzbekistan on Aug. 15, and the role the chaos at the airport may have played in the timing of his departure.

The Biden administration formally supports extending operations of the International Space Station through the end of the decade, an announcement that is neither surprising nor addresses how to get all the station’s partners, notably Russia, to agree on the station’s future.

The Air Force’s Sword Athena program is partnering with the Army and the Air Force Exchanges to increase the availability of maternity uniforms in stores and sizing guides online. The change is due to expecting airmen having trouble finding the right size uniform to wear and being forced to find other, sometimes costly, ways to procure uniforms.

Behold The Naked Warplanes Of Tinker Air Force Base

With the depot maintenance mission for a number of big jets, Tinker AFB offers rare glimpses of what these planes look like without their paint.