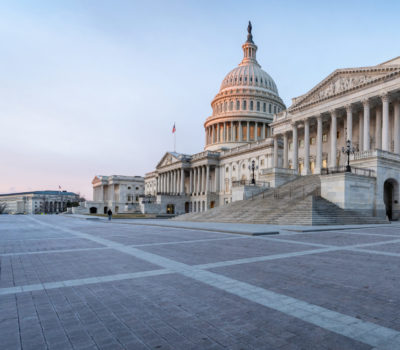 By Greg Hadley
More than seven weeks still remain until the 2023 fiscal year begins on Oct. 1, but observers of Congress are already warning that time is running out for lawmakers to pass the annual National Defense Authorization Act and appropriations bill that will fund the Pentagon before that deadline. Should Congress fail to pass those bills on time, they’ll have to pass a continuing resolution to keep the federal government open, a move that keeps spending levels frozen at the previous year's levels. Department of the Air Force leaders, in particular, have already said that any delay in the 2023 budgeting process would have “a particularly negative effect.” 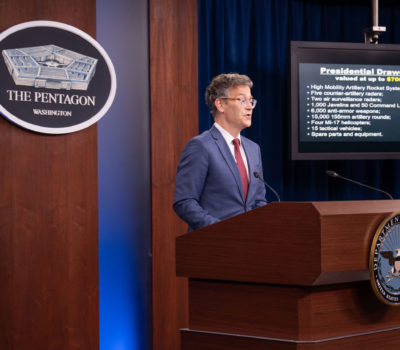 By Greg Hadley
The Pentagon announced its latest drawdown package for Ukraine, valued at $1 billion and mainly comprising munitions for key systems. But any decision on whether to provide the Ukrainian Air Force with Western combat jets is still to be made, a key Defense Department official told reporters—and it could potentially take “a year to three years” before such jets could be delivered. 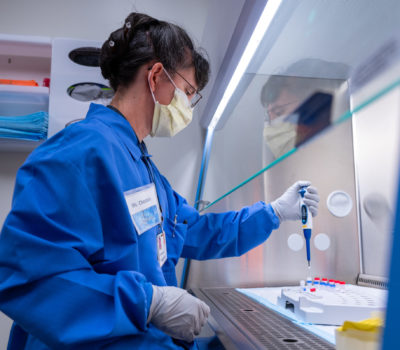 By Amanda Miller
The Office of the Undersecretary of Defense for Personnel and Readiness revised the Defense Department’s COVID-19 guidelines. The new rules clarify what’s meant by being “up to date” on vaccinations and when personnel must wear masks in vehicles, among other changes.

​​Here’s What We Know About F-35 Ejection Seat Woes

The Pentagon hasn’t found any defective ejection seat parts on its F-35 Joint Strike Fighters, or on other potentially affected combat and training aircraft, during widespread checks that began in July, a spokesperson for seat manufacturer Martin-Baker told Air Force Times on Aug. 7. F-35s across the Air Force, Navy, and Marine Corps have started returning to flight after three weeks of an effort to ensure the safety of America’s premier fighter jet, but U.S. military officials aren’t divulging many details as inspections progress. Several other fleets may be carrying the faulty seat component as well.

The Pentagon ordered a U.S. aircraft carrier to remain in waters near Taiwan as China continued to express its anger over House Speaker Nancy Pelosi's visit through a significant show of combat power around the island, a top White House official said. Defense Secretary Lloyd J. Austin III ordered that the "USS Ronald Reagan and the ships in her strike group will remain on station in the general area to monitor the situation," White House National Security Council spokesperson John Kirby said.

Lockheed Martin has delivered more than 800 F-35 fighter jets, but production is still marred by excessive defects and rework that risk substantial delivery delays and reduced readiness, according to the Pentagon’s Defense Contract Management Agency. Lockheed Martin, the Defense Department’s top contractor, has improved in many regards from the F-35’s first production lot through the current 14th batch, but “too many quality assurance defects” aren’t found at the initial assembly station only to be discovered either before or after formal acceptance of the warplanes, the agency said.

For the second straight year, all seven former Department of Veterans Affairs Secretaries are calling on Congress to designate a Sunday in November as a national day to raise awareness about suicides among the veteran population. The Secretaries sent letters to lawmakers urging them to approve a resolution officially naming the Sunday after Veterans Day as "National Warrior Call Day" to encourage all veterans and the general public to reach out to a veteran, either by phone or a meet-up.

In Episode 88 of the Aerospace Advantage podcast, “Congress’ View on Air Force Modernization, Nukes, and Ukraine: The Rendezvous,” the Mitchell Institute team gathers to discuss air and space topics that you’ve seen in the national security headlines. This episode focuses on the defense bills moving through the House and Senate. We focus on the future of the F-22, the Hill’s stance on the F-35, whether the Air Force’s attempt to pursue “divest to invest” is working, support for the nuclear triad, and Congress’ thoughts on sending airpower to Ukraine. We also introduce two new voices to the Rendezvous team that you’ll hear from monthly: Anthony “Lazer” Lazarski and Todd “Sledge” Harmer.

American, Australian, and British crews have flown an RC-135 Rivet Joint surveillance aircraft over the Pacific region, “demonstrating our strong alliance and increasing our ability to maintain a Free and open Indo Pacific,” said the U.S. Air Force. AUKUS is a trilateral security pact between Australia, the United Kingdom, and the United States, announced in 2021. One of the headline aims of the pact is for the U.S. and the U.K. to help Australia to acquire nuclear-powered submarines.

As Satellites and Space Junk Proliferate, US to Revise Rules

With Earth's orbit growing more crowded with satellites, a U.S. government agency said it would begin revising decades-old rules on getting rid of space junk and on other issues such as satellite refueling and inspecting and repairing in-orbit spacecraft. "We believe the new space age needs new rules," Federal Communications Commission Chair Jessica Rosenworcel said after the 4-0 FCC vote, adding that current rules "were largely built for another era."

The United States declared monkeypox a national health emergency, and clinics across the nation are working to get vaccines to those most threatened by the disease. Now, the Air Force is getting the word out that it has vaccines available for its Airmen on demand. The service announced it is providing vaccines to Airmen who are at high risk for monkeypox immediately if possible. If the shot is not at the clinic, the Air Force will ship the vaccine within 48 hours.

Raytheon-owned Blue Canyon Technologies opened the doors of a new satellite manufacturing facility in Colorado that will increase its production capacity to 85 space vehicles per year from 50 and could help cement its parent company’s position as a leader in the technology. The 31,000-square-foot plant is dedicated to building cubesats, a class of small satellites that weigh between one and 10 kilograms and are typically the size of a loaf of bread. Since Raytheon acquired Blue Canyon in 2021, it has expanded production capacity in Boulder, Colo., and at a facility in nearby Lafayette that builds microsatellites, or those weighing 10 kilograms to 100 kilograms.

Six decades ago, Strategic Air Command realized it needed a plane that could survive Armageddon. So SAC, headquartered at Offutt Air Force Base, Neb., launched a program called the National Emergency Airborne Command Post, or “Night Watch,” in February 1962. Three four-engine KC-135A jets were modified with 12 state-of-the-art communications systems to serve as airborne command posts for the President and other top leaders in the event of nuclear war. Since then, the aircraft have gotten bigger and the comms systems more sophisticated and numerous. But the planes and their crews still stand by 24/7, at Offutt and other sites, hoping doomsday never arrives but ready to carry on if it does.

The “Fat Man” atomic bomb is dropped on Nagasaki, Japan, from the B-29 Bockscar, commanded by AAF Maj. Charles W. Sweeney.