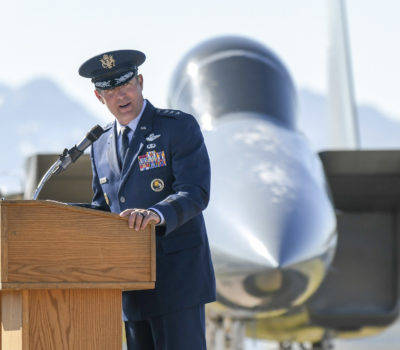 By Amy Hudson
Lt. Gen. David A. Krumm wears many hats as the commander of U.S. Northern Command's Alaskan Command, of 11th Air Force, and of North American Aerospace Defense Command's Alaskan Region. Krumm, who is set to retire, has served as the senior military leader in Alaska since April 2020. In a July interview, Krumm discussed Arctic training, operations, and infrastructure along with the region’s growing importance to the U.S. military as well as to potential adversaries. 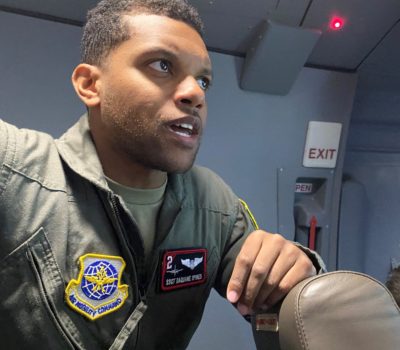 By Abraham Mahshie
The KC-46 boom operators stopped talking and leaned in as Maryland Air National Guard F-16s approached on a refueling mission over upstate New York. The fighters were visible on a 1,080-pixel, black-and-white screen. The cockpit went quiet, too, and the pilot flipped to a visual of the aerial refueling as he listened for possible instructions from the boom operator, who chatted with the receiving aircraft. Blackouts and washouts on KC-46s' video displays during refueling, caused by shadows or direct sunlight, will remain a problem until the fleet's Remote Vision System (RVS) 2.0 is ready. But after hundreds of hours of missions from the Pacific to NATO’s eastern flank, the boom operators have nevertheless learned to refuel most types of aircraft the Air Force flies. 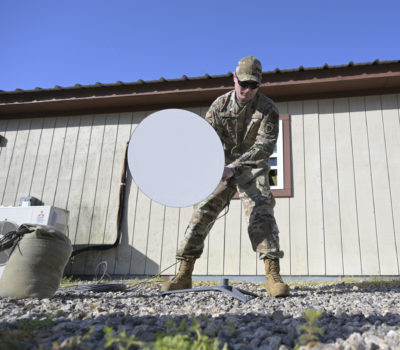 By Greg Hadley
A pair of Air Force units across two major commands have announced plans to purchase services from SpaceX’s Starlink constellation of satellites in low Earth orbit. The contracts come not long after service leaders praised the effectiveness of the satellite internet service in aiding Ukraine against Russia’s invasion. 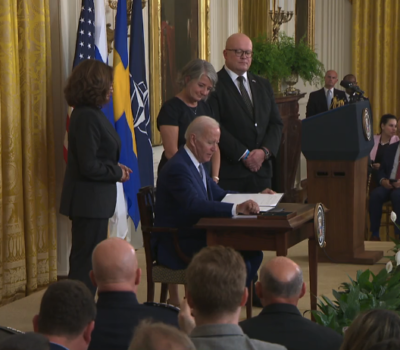 By Abraham Mahshie
The mood was festive in the packed East Room of the White House as President Joe Biden signed the instruments of ratification for the entry of Finland and Sweden into NATO. The two High North nations had up until months ago remained unaligned and fiercely independent, Biden said, until Russia’s aggression against Ukraine spurred public support for NATO entry. 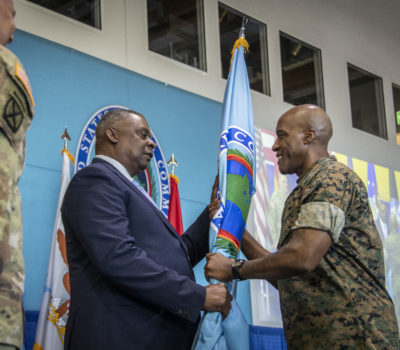 By Abraham Mahshie
Defense Secretary Lloyd J. Austin III swore in Marine Corps Gen. Michael E. Langley to lead U.S. Africa Command in Stuttgart, Germany. Langley's swearing-in comes as governments such as China's and Russia's increase their influence in Africa and terrorist groups expand in Somalia and from the Sahel to the littoral states. Langley, the first African-American four-star Marine Corps general, will oversee America’s defense response to the growing challenges in Africa in a resource-constrained environment, defense leaders warned.

U.S. Space Command and Army Space and Missile Defense Command are combining the military’s cyber, special operations, and space capabilities to create a new deterrent “triad” akin to the approach the U.S. uses to deter nuclear attacks. The Army is “developing an innovative way to generate asymmetrical advantages by fusing the effects of space-based cyber and SOF [special operations forces] capabilities across the compromised spectrum of conflict. This influence triad represents a key evolution in these highly specialized fields,” said Army Gen. James H. Dickinson, head of U.S. Space Command.

The Holistic Health Assessment, the Space Force's answer to the military's yearly physical fitness test, has been pitched by the service as a revolutionary way for Guardians to stay in shape year-round. But as the Space Force's fitness leaders visit bases to pitch the program during what they're calling "road shows" to share their ideas for the assessment, some Guardians have complained that the envisioned futuristic health plan may be turning out differently than originally pitched.

Russia Halts US Inspections of Its Nuclear Arsenals

Russia announced a freeze on U.S. inspections of its nuclear arsenals under a pivotal arms control treaty, claiming that Western sanctions have hampered similar tours of U.S. facilities by Russian monitors. In declaring the freeze on U.S. inspections, the Russian Foreign Ministry said the sanctions on Russian flights imposed by the U.S. and its allies, visa restrictions, and other obstacles effectively have made it impossible for Russian military experts to visit U.S. nuclear weapons sites, giving the U.S. “unilateral advantages.”

China said it is extending military exercises surrounding Taiwan that have disrupted shipping and air traffic and substantially raised concerns about the potential for conflict in a region crucial to global trade. The exercises will include anti-submarine drills, apparently targeting U.S. support for Taiwan in the event of a potential Chinese invasion, according to social media posts from the eastern leadership of China’s ruling Communist Party’s military arm, the People’s Liberation Army.

The multinational Thracian Viper 2022 air force exercise began in Bulgaria and will continue until Aug. 19, Bulgaria’s Defence Ministry said. The exercise involves the air forces of Bulgaria, Canada, Greece, and Romania along with Europe-based United States military personnel. Joint flights and air defense tasks will be carried out in Bulgarian air space, the complexity of which will increase with the course of training activities.

An Air Force veteran who was tired of having his pointed Facebook comments deleted on the service's senior enlisted leader's official page took the noncommissioned officer to court over being blocked online and won. Richard Lee Rynearson III, a retired Air Force major, filed a lawsuit in August 2021 with the Center for Individual Rights—a nonprofit legal firm based in Washington, D.C.—and reached a settlement with the Air Force, changing the service's social media policy.

America’s focus on countering intercontinental ballistic missiles is broadening to cruise and hypersonic missiles, and modest spending might not cut it. Analysts and experts are hoping the fiscal 2024 budget request will prove that the Biden administration is committed to a layered homeland missile defense architecture.

Look up any military news publication these days, and you’ll find that recruiters across the military are struggling to get enough people to sign a contract. That problem extends to the Air Force, which is now offering up-to-$60,000 bonuses for recruits in specialties to help soothe what branch recruiting head Maj. Gen. Ed Thomas says has been the toughest year for recruiters since 1999. On top of low recruitment numbers, the Air Force is also striving to bring more women and people of color into its ranks. One officer has a suggestion that he says could help solve both problems with one spandex-wearing, gamma ray-powered super-punch: Help the Marvel Cinematic Universe make more movies starring characters with Air Force backgrounds.

Walsh Takes Over as CSAF