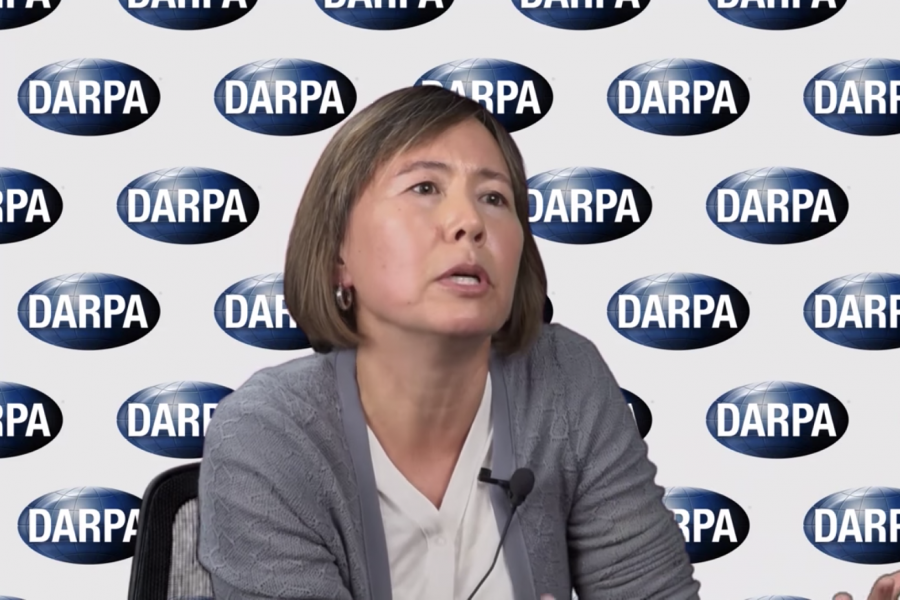 Tompkins, an agency alum who left as acting deputy director in 2018 after nearly 11 years there, most recently worked at the Colorado School of Mines as vice president for research and technology transfer, according to her LinkedIn page. She is an advisor to X, the Silicon Valley “moonshot factory,” and an advisory board member at Mines’s Payne Institute for Public Policy.

“She spent 10 years in industry, as a senior scientist and later assistant vice president and line manager at [SAIC], where she conducted and managed research projects in planetary geology and imaging spectroscopy,” according to a Payne Institute biography. “Later, as a DARPA program manager, she created and led programs in ubiquitous GPS-free navigation as well as in optical component manufacturing. She has also served as a DARPA office director.”

Tompkins served as a military intelligence officer in the Army from 1987 to 1991 as well.

“When you’re in the intersection of these spaces, you start to develop an idea of what is important to you and what is needed to solve hard problems,” she said in an interview with the Mines alumni magazine.

Defense One first reported Tompkins’s “pre-decisional” appointment to the post on Jan. 19. The White House did not respond to a request for comment by press time.

Former director Victoria Coleman’s last day at the agency was Jan. 20, DARPA spokesman Jared Adams confirmed. Coleman joined the agency in September but served in the top job for only four months before leaving on Inauguration Day.

“Peter Highnam, the current deputy director, will serve as the acting director of the agency until a full-time director is formally appointed by the Biden administration,” Adams said. The position does not require Senate confirmation.

Highnam also filled in as acting director for much of 2020 after former DARPA boss Steven H. Walker left last January.

Tompkins would be the fourth woman to run the agency since its inception in 1958—all of whom have served since 2009.

The next director will inherit an agency of about 200 employees and a $3.5 billion portfolio that spans hypersonic weapons to unmanned jet dogfighting to bioengineering.

In a 2016 report titled “Innovation at DARPA,” Tompkins praised projects that take more risks and move fast instead of spending months studying whether an idea is feasible. She also touted the short careers of DARPA workers, who often jump between the agency and other government or industry jobs after a few years.

While frequent turnover at the top is fairly unusual at DARPA—directors typically stay for at least a few years—it’s unlikely to drastically change the priorities of an agency focused on the future.

“DARPA is in the business of systematic changemaking, not just about discovering what the new breakthrough might be,” Coleman said in November. “It’s also about being there and seeing it over the line.”