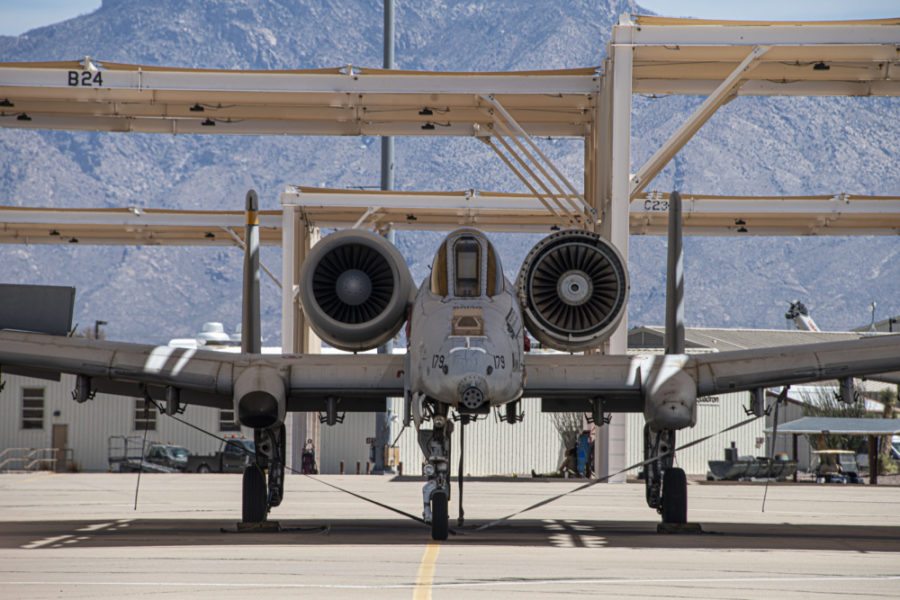 Davis-Monthan to Get Close Air Support, Rescue ‘Centers of Excellence’ if A-10 Cuts Approved

The Air Force wants to move A-10 Warthogs and HH-60 Pave Hawks to Davis-Monthan Air Force Base, Ariz., and create close air support and rescue “Centers of Excellence” at the base if it gets the green light from Congress to retire 42 Warthogs.

The aircraft and related units would come from Nellis Air Force Base, Nev., beginning in 2022. The change would add personnel to the Arizona base—a proposal that would aim to win over the state’s Congressional delegation that has moved to block proposed A-10 cuts for years.

“Under this plan, Davis-Monthan will play a critical role in reshaping U.S. airpower as home to the Air Force’s close air support and rescue Centers of Excellence,” Acting Air Force Secretary John P. Roth said in a release. “This realignment will consolidate all A-10 and HH-60 test, training, and weapon school activity at one location, allowing Airmen in these mission areas to train together for future threats.”

The service, in its fiscal 2022 budget request released in late May, proposed cutting the A-10 fleet from 281 to 218, beginning with 42 aircraft in the first year. Davis-Monthan would lose 35 A-10s in 2022, with others coming from the Indiana Air National Guard.

The Active duty 354th Fighter Squadron at Davis-Monthan would close if the aircraft retirements are approved.

USAF officials said June 22 that the 122nd Fighter Wing at Fort Wayne, Indiana, would convert back to F-16s if the A-10 cuts are approved.

The move “frees up nearly a thousand Airmen, maintainers, and operators that we can then transition into future platforms, specifically the F-35,” said Lt. Gen. David S. Nahom, the deputy chief of staff of the Air Force for plans and programs, during a June 22 Senate Armed Services airland subcommittee hearing. “As we look at the F-35, we are having resource issues, mostly with manpower … We have to start replacing some platforms.”

USAF would reduce its A-10 operational squadrons from nine to seven, keeping one “full-up” at Osan Air Base, South Korea. Within the continental United States, there will be three Air National Guard squadrons, two Active duty, and one Reserve.