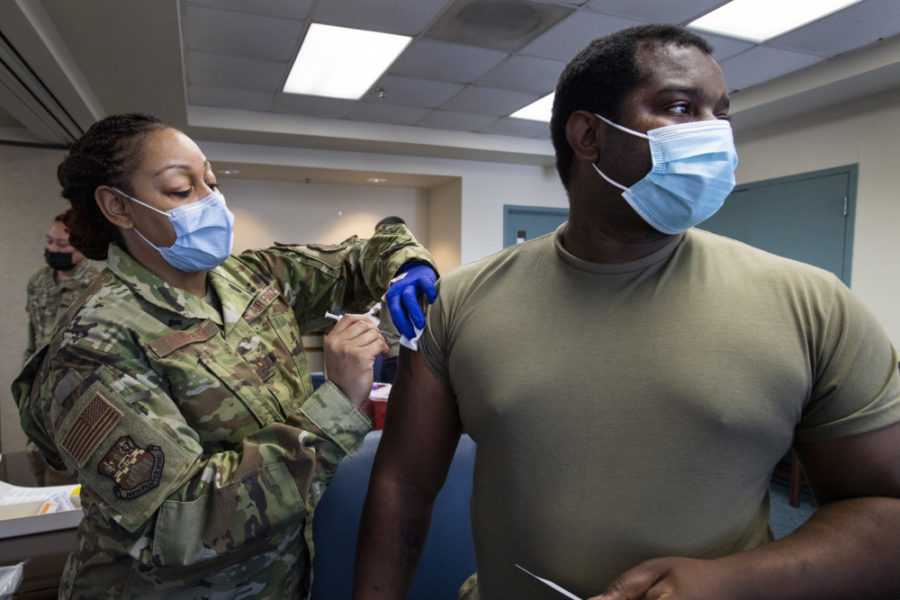 The Defense Department is beginning to see the highly infectious Delta variant of COVID-19 among service members, and officials are urging more troops to receive vaccinations, saying health protection conditions could increase if cases rise.

The new variant, which emerged from India and is expected to become the predominant type of COVID-19 in the United States, “poses a threat to the return to normal,” particularly in areas of the country that have lower vaccination rates, said Dr. Terry Adirim, the acting assistant secretary of defense for health affairs, on June 30.

“We anticipate health protection conditions could change at some of our installations in the future,” Adirim said.

The majority of current COVID-19 infections in the military are not the new Delta variant, but the number is rising, said Lt. Gen. Ronald J. Place, the director of the Defense Health Agency.

As of June 30, there were 21 COVID-19-positive individuals hospitalized at DOD installations, down from the peak of 240 on Jan. 8, Place said. Zero of those currently in hospitals have received a vaccine.

“The benefits of vaccination are remarkably clear,” Place said.

So far, the Defense Department has administered more than 4.2 million vaccine doses and the military has administered 1.26 million tests this year alone. Outside of the ranks, three-quarters of Defense Department Education Activity teachers and school staff have received the vaccines, allowing the schools to be fully opened, said Max Rose, the senior adviser to the Secretary of Defense.

The Pentagon is still pushing for more vaccines and precautions despite the continued momentum, Rose said.

“Our work as a department will continue until we see this global pandemic come to an end,” he said.