Skip to content
A Boeing KC-46A Pegasus tanker is shown on the production line in May 2018. Staff photo by John A. Tirpak.
Expand Photo 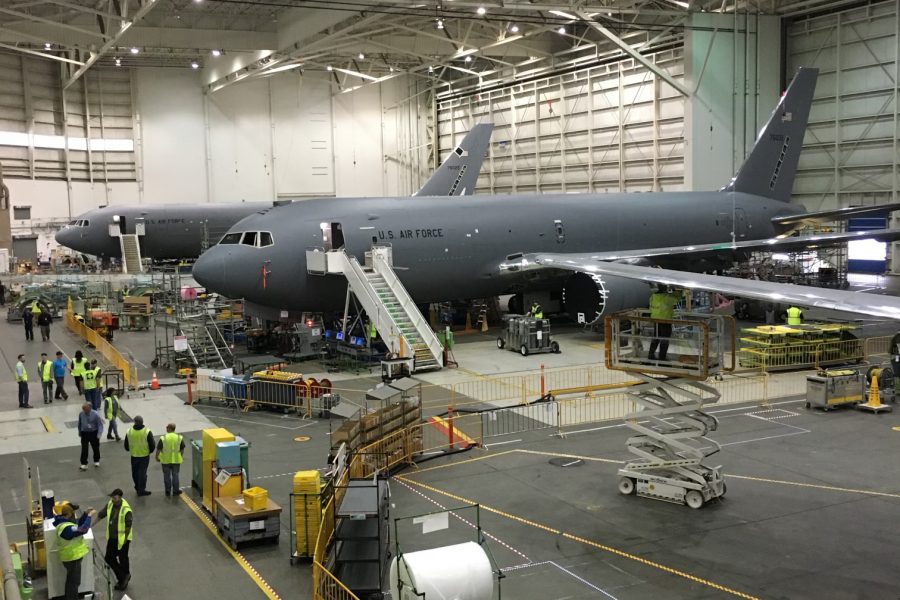 Despite Big Budgets and New Entrants, Industrial Base Gets a ‘C’ from NDIA

The health of the U.S. defense industrial base only received a “C” grade in the National Defense Industrial Association’s second annual assessment, and may get a lower grade still when more recent data, including the effects of the COVID-19 pandemic, are compiled, NDIA leaders said Feb. 2.

The “Vital Signs 2021” report shows the industry facing “multiple headwinds,” NDIA president Herbert J. “Hawk” Carlisle said in a video teleconference to announce the findings. The data, based on polling of more than 1,400 NDIA member companies, found that even though demand for U.S. defense goods is high and production lines are humming, it’s getting harder to find cleared or skilled workers, and member companies are facing a tougher time dealing with cyber intrusions and government-mandated cybersecurity measures.

The data were collected as “we were just going into” the COVID-19 pandemic, which imposed challenges on production lines, parts supply, and communal work environments, Carlisle noted. New data reflecting trends since the pandemic will be available in the summer, he said, but he expects the industry will have a more pessimistic view in the next round of polling.

Some results about COVID-19 are already in, with about 70 percent of respondents saying they’ve seen a moderate or large impact to their business because of the pandemic and 12 percent saying they don’t expect their businesses to return to 2019 levels.

The NDIA did not include any recommendations with its findings. “We wanted to get the data out there” to inform congressional and public debate, Carlisle noted. Recommendations about what to do to help the industrial base “will come later,” he said.

The “C” grade is a fraction higher than last year’s assessment, also a “C.” NDIA members saw big gains in demand versus last year and 2018, and productive capacity and “surge readiness” were up significantly from 2018, although down from 2019. There was also a tick up in perceived openness of competition.

The biggest negative trends were in the political and regulatory environment, followed by supply chain, innovation, and industrial security. Members are also pessimistic about the number of home-grown science, technology, engineering, and mathematics (STEM) experts. Carlisle noted that the majority of advanced degrees in STEM awarded by American universities are going to foreign students, including those from China, many of whom end up returning to their home countries. Similar results were seen in availability of skilled workers.

Carlisle said the low marks in political climate and regulation stemmed in part from chronic continuing resolutions in Congress, which he noted have been used in 11 of the last 12 years. When Congress keeps defense money going with a CR, pending a new official budget agreement, “you can’t do new starts, can’t do increasing quantities,” Carlisle noted.

“There will be challenges” in the coming years as well, with a “tightly split House and Senate,” he said.

While Congress and the Pentagon have labored to streamline regulations and introduce new contracting methods, “it takes a period of time to get a rules change to go with it,” Carlisle said. Legislative change “doesn’t automatically happen,” and there has to be education of the acquisition workforce and time to implement the revisions.

“It’s a difficult challenge, working with the government,” Carlisle said, because in the case of the Pentagon, it “holds all the cards, … they are the overseers, the dispute resolution,” and that breeds frustration.

“It’s getting better, but there’s a lot left to do,” he asserted.

“They need to recruit and retain for the defense industrial base,” he said, and “they are pulling out all the stops by creating innovative contracting vehicles—pitch days and other things—to try to bring people in,” but the barriers to defense contracting remain.

“It’s a monopsony; many suppliers and one big customer … [the government is] judge, jury, and prosecutor when they don’t think a company has followed the rules. So getting those rules right is essential.” For example, the government has barred using certain companies, like Huawei, from supplying cyber equipment to defense contractors, but there’s still no approved list of vendors to meet new cyber requirements, Haulman said.

Polling also indicated frustration among companies that said even when the government strives to draw in new entrants and small businesses, it’s still a tough push to get a product from one of those companies beyond experimentation and prototyping to being designated as a major defense program, Carlisle said.

While “pure player” defense industry contractors like Lockheed Martin haven’t suffered too much as a result of the pandemic, Carlisle said he expects “huge” repercussions from the pandemic on companies that do both defense and commercial work, notably Boeing.

“It is going to be a factor for many years to come,” he said, affecting suppliers at every level, including engine makers, materials suppliers, and others.

“I think the government is going to have to find a way, using the [Defense Production Act] and other means, to keep the supply chain vital, vibrant, innovative, and moving forward,” Carlisle said. He expects the true scope of the effect of the slowdown in the commercial sector on the defense sector to be represented in next year’s report. However, on the flip side, he expects the commercial space enterprise to “help support” the defense space enterprise.