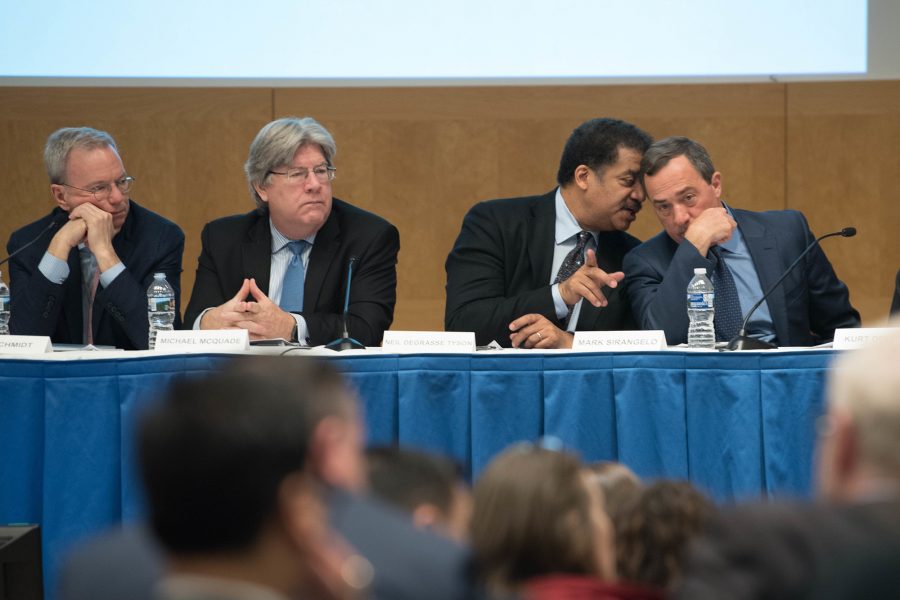 Subject-matter experts can begin to inquire with the appropriate Biden administration officials about serving on the Defense Department’s volunteer federal advisory boards.

Some past members whose terms were ended early in February may be invited to rejoin.

Defense Secretary Lloyd J. Austin III ended the terms of “several hundred” members early—all those within his purview—emptying many of the boards in a purge unlike any other. Pentagon officials cited Austin’s desire for a “zero-based review” of all the boards so he could “get his arms around” their utility and even whether the 42 boards—some with subcommittees to boot—might all be reduced to “a single cross-functional advisory committee.”

Instead, his office announced Sept. 2 that 16 of the 42 boards have passed the review so far and that staff have restarted operations. DOD spokesperson Air Force Lt. Col. Uriah L. Orland confirmed to Air Force Magazine on Sept. 13 that people who are interested in board service can contact the board’s sponsor. Membership factors may vary according to legal requirements or a sponsor’s guidance.

“For the 16 boards that were announced on Sept. 2, the time will vary by board on how long it takes to repopulate membership,” Orland said. The DOD sponsors “will select and recommend individuals for appointment consideration.” These may include “previously appointed individuals, new individuals, or any combination as appropriate based on the mission/scope of the board and its membership requirements.”

Austin’s office has said he and Deputy Secretary of Defense Kathleen H. Hicks will approve all members.

Pentagon staff began the reviews when many of the board’s official DOD sponsors, Biden administration political appointees, had not yet been named to their jobs. The reviews are either complete, as in the case of the 16, or in the final stages.

“We will have additional announcements as the zero-based reviews for each are completed,” Orland said. At a defense conference Sept. 8, Hicks reportedly said she hoped all 42 boards would be active again by the end of 2021.

At the time of the members’ terms being ended, the Pentagon did not plan to consult any members during the review process:

Members of DOD advisory boards volunteer to serve one-year terms with the possibility of having their terms renewed three times for a total of four years.

In a Pentagon press briefing Sept. 2, DOD Press Secretary John F. Kirby said the “boards and committees have been and will continue to be a valuable resource as we defend the nation, succeed through teamwork, and take care of our people,” according to the official transcript. “The Secretary looks forward to working with many of these bodies personally and expects other Department officials to do the same.”

The 16 boards Austin authorized to continue, and the DOD sponsor to contact for those interested in volunteering: