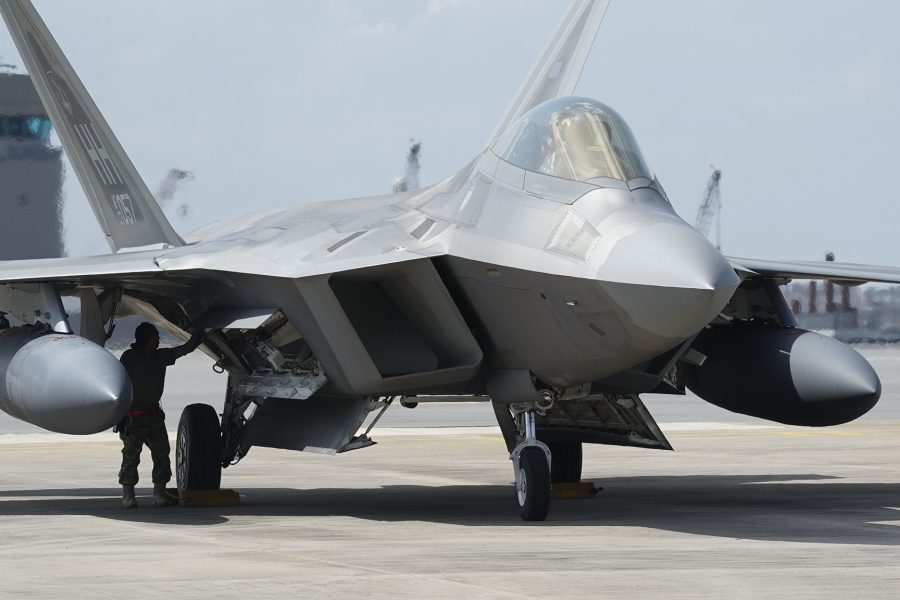 The Pentagon’s top weapons buyer and several aerospace corporations have pulled out of the Singapore Air Show as concerns about the new coronavirus spread, though U.S. Air Force demonstration teams, Airmen, and other aircraft will still attend.

Ellen Lord, the undersecretary of defense for acquisition, will not attend the airshow, scheduled to run from Feb. 11-16, due to “extenuating circumstances,” Pentagon spokesman Lt. Col. Mike Andrews said.

Multiple companies, including Gulfstream and Textron Aviation from the U.S. and Bombardier from Canada, also have confirmed they will not attend the yearly air show, according to a press release from the event.

Air show officials said Feb. 7 it is proceeding with additional safety measures, including enhanced cleaning and trash management, plus doctors and medics on scene for the event.

The U.S. Air Force is sending a large contingent of aircraft and personnel, including Air Combat Command’s F-22 aerial demonstration team from Joint Base Langley-Eustis, Virginia, according to Pacific Air Forces.

Other U.S. participants are: