Skip to content
Justin Johnson, Deputy Chief of Staff for the Secretary of Defense, poses for his official portrait in the Army portrait studio at the Pentagon in Arlington, Va, Sept. 17, 2019. (U.S. Army photo by William Pratt)
Expand Photo 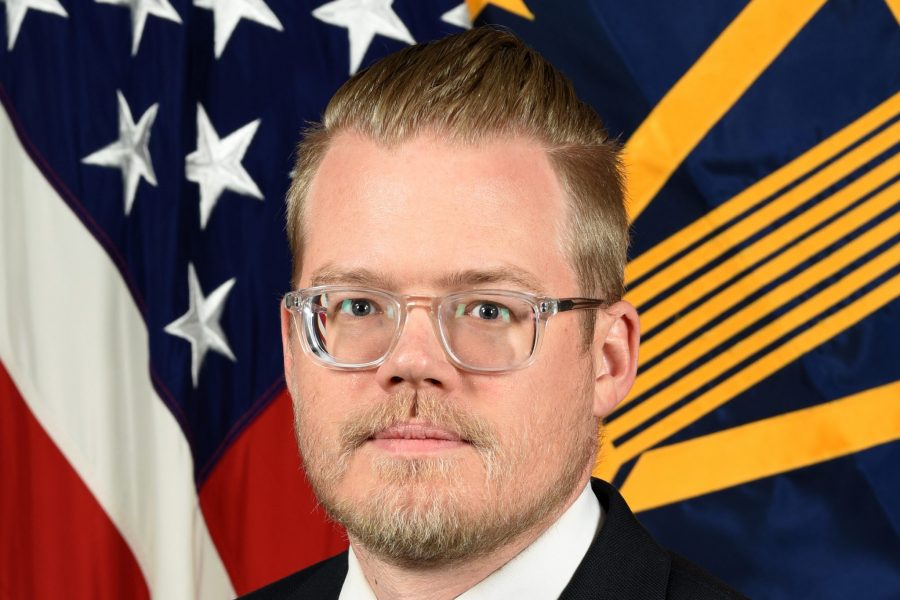 The Pentagon on Oct. 29 added a new top leadership position to oversee space-related combat policy across the department, as required by lawmakers in the 2020 defense policy bill.

The assistant secretary of defense for space policy will report to the undersecretary of Defense for Policy, and is responsible for “interagency coordination and international engagement on space policy and strategy,” the Defense Department said in an Oct. 30 release.

The Space Force is a new military service that organizes, trains, and equips military personnel to operate satellites and radars and launch rockets, among other missions. SPACECOM is the combatant command created to handle daily operations with those people and assets. Both were created last year.

Gregory Pejic will move into that job as Johnson moves up, and will hold it until someone is formally appointed to do the work. Pejic has worked as a special assistant to the Pentagon comptroller, according to ProPublica.

The high-level shuffle comes as the Space Force prepares to ask Soldiers, Sailors, and Marines to transfer into the new service and as the Pentagon shapes a new space acquisition enterprise. Johnson and Pejic will be key voices in those decisions and more.