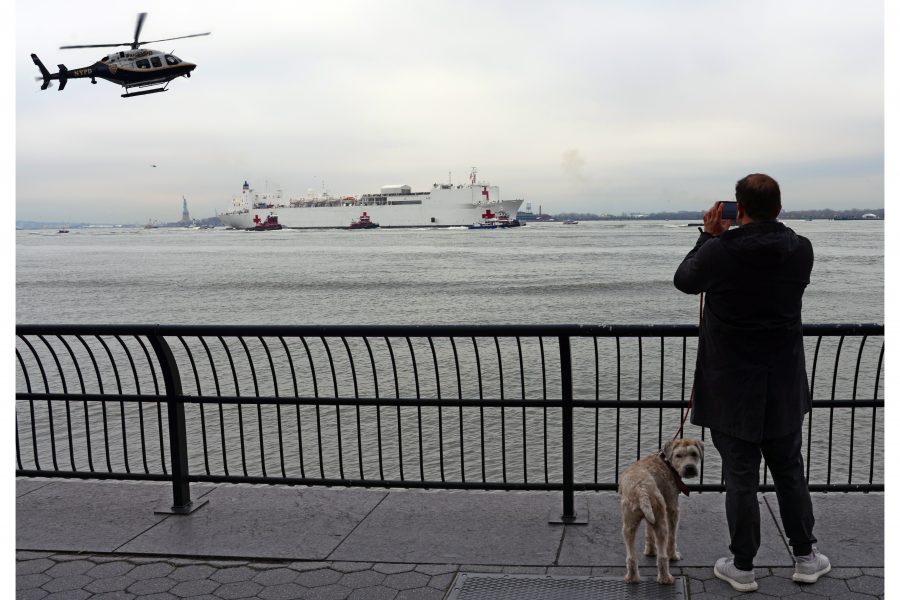 An Army National Guardsman died on March 28—seven days after being hospitalized with COVID-19—becoming the first U.S. service member to die from the disease.

“This is a stinging loss for our military community, and our condolences go out to his family, friends, civilian co-workers, and the entire National Guard community,” Defense Secretary Mark Esper said in March 30 statement. “The news of this loss strengthens our resolve to work ever more closely with our interagency partners to stop the spread of COVID-19.”

As of March 30, there are 1,087 total COVID-19 cases in the military community, with 569 of them Active-duty service members. Inside the Air Force, 164 Active Airmen have tested positive.

The military’s deployment of personnel, equipment, and medical facilities continued in recent days as the new coronavirus outbreak spread, with the two Navy hospital ships now in their destinations and three field hospitals standing up at two joint bases.

On March 30, the USNS Comfort arrived in New York City to help alleviate the strain on local hospitals, with the USNS Mercy already accepting patients in Los Angeles. Three Army field hospitals will stand up at two joint bases on April 2—two at Joint Base McGuire-Dix-Lakehurst, N.J., and one at Joint Base Lewis-McChord, Wash., in support of medical efforts in these areas.

These field hospitals are in addition to facilities being built by the U.S. Army Corps of Engineers at convention centers and other large buildings in several cities across the country.

Additionally, a 450-person Navy Medical Unit is on “Prepare to Deploy” orders to go to Texas and New Orleans, according to U.S. Northern Command. Lastly, three Air Force bases—Beale Air Force Base, Calif.; Lewis-McChord, and McGuire-Dix-Lakehurst—have been approved to support the Federal Emergency Management Agency with staging and storage for their responses.

Inside the Air Force, mobility aircraft have continued their airlift of critical supplies to address the outbreak. As of March 30, six C-17s had airlifted 3 million COVID-19 test kit swabs both to support testing within the U.S. and for military members in Europe, according to a Defense Department statement.

While the military has deployed masks and ventilators from its stockpile, the Defense Logistics Agency will spend another $84.4 million to buy 8,000 ventilators. The Pentagon expects a delivery of an initial batch of 1,400 by early May, according to a release.