Skip to content
The main gate at NAS Pensacola is shown in this March 16, 2016, photo. Navy photo by Patrick Nichols.
Expand Photo 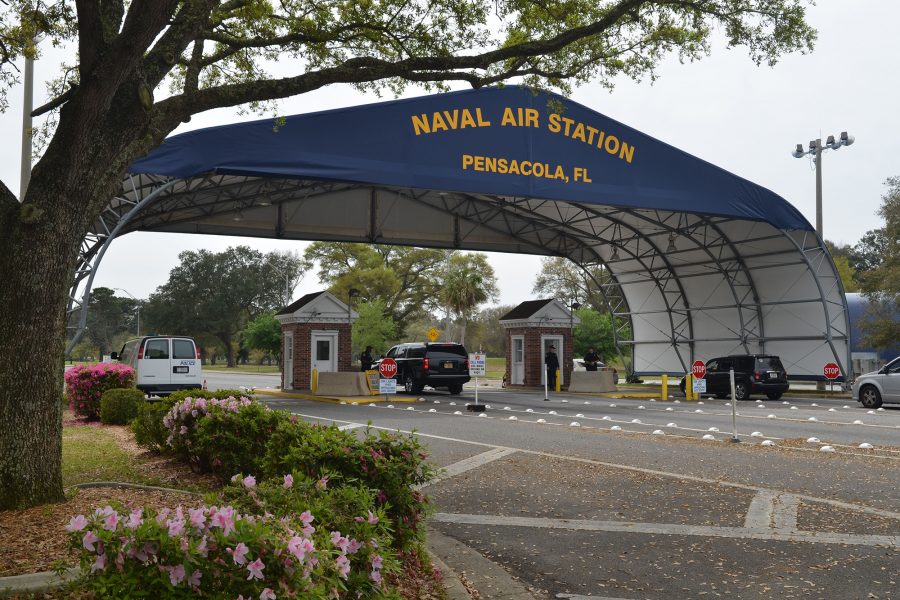 DOD: Increased Security Will Impact Trainees from All Nations Training in US

The Pentagon is looking at how it vets Saudi Arabian students who come to the US for training following the Dec. 6 shooting at NAS Pensacola, Fla., but that review will eventually expand to all international students.

The shooting at the Naval flight training base, in which a Royal Saudi Air Force member killed three US Navy personnel before being killed by first responders, prompted a 10-day review of security vetting procedures, Pentagon spokesman Jonathan Rath Hoffman told reporters Dec. 12.

Following the shooting, the US Navy halted the flight training of more than 300 students, along with other operational training programs for Saudi personnel—a decision made by Defense Secretary Mark Esper, Undersecretary of Defense for Intelligence Joseph Kernan, and US Northern Command boss USAF Gen. Terrence O’Shaughnessy. The Saudi flight students are limited to classroom instruction, and have access to food and medical attention if needed, Hoffman said. No other nationalities are impacted.

The Pentagon hopes to increase DOD involvement in vetting procedures. Currently, the Department of State and Department of Homeland Security vet the students, before the Pentagon goes through its own process, Esper said Dec. 7.

Hoffman said the intent is to take information from State and the host countries, and “run it through systems we have,” he said. The review will look at what these systems will look like.

While there has not been a prohibition on new students entering the US, no new students have arrived since the shooting, he said. Though once their visas are approved, they will go through a new vetting process.

To date, more than a million foreign students have trained inside the US. There are a “number of countries looking to send their best students here to brush up on their skills, then come back and excel in their own militaries,” he said.

The foreign training is “vital” to helping partners increase their capabilities, increase their interaction with the US, and further a “cultural understanding,” Hoffman said.