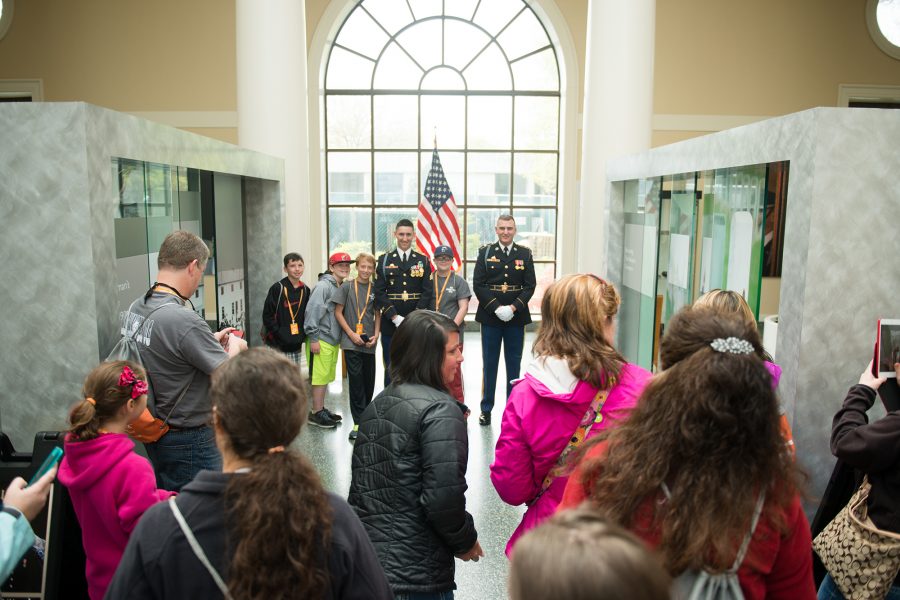 DOD Installations Double Down on Security After Iraq Strike

Military installations near the nation’s capital are stepping up security following the targeted killing of Qassem Soleimani on Jan. 3.

Hours after the drone strike that killed the former Iranian Quds Force commander, Arlington National Cemetery boosted its security posture, mandating identification checks at all of its entrance gates for visitors aged 16 or over.

“Effective immediately, all visitors 18 years of age and older [pedestrians, drivers, and passengers] must present a valid government-issued photo identification upon entering the cemetery,” the security page of its website states. “Visitors 16 and 17 years old may present a school-issued identification for entry. Visitors include all funeral attendees, tourists, and personnel on official business. School group leaders and tour guides must also present the required identification.”

The cemetery is also encouraging visitors to take a see-something, say-something approach to security and to contact the JB Myer-Henderson Hall Watch Desk if they notice anything out of the ordinary. It did not, however, reply to a request for comment about other components of its enhanced security posture by press time.

Walter Reed National Military Medical Center in Bethesda, Md., also buckled down on security in response to the Iran threat.

“The Department of Defense, US Navy, and their subordinate commands, including NSA [Naval Support Activity] Bethesda, are constantly evaluating security requirements across the world,” according to a Jan. 5 traffic advisory.

NSA Bethesda—the home of Walter Reed—“implemented operational changes based on security requirements,” including gate closures and access restrictions, as well as additional vetting for all non-Defense Department personnel without official military ID visiting NSAB in their personal vehicles. The advisory warned that all individuals accessing the base “should expect and plan for delays” as a result of the changes.

The changes will be in place indefinitely, NSA Bethesda spokesman Jeremy Brooks told Air Force Magazine by phone on Jan. 6.

The US Secret Service declined to detail what kinds of measures it is taking to secure the White House, US government executive office buildings, and the rest of its jurisdiction within Washington, D.C., which includes the district’s critical infrastructure, in response to the Iran threat, but said it is prepared to alter its security posture as needed.

“While the agency does not discuss the specifics of our protective operations, the US Secret Service continuously assesses the threat environment surrounding all protectees and will adjust postures as necessary as part of the robust execution of our zero-fail mission,” a Secret Service spokesperson told Air Force Magazine in a Jan. 6 email.

US Northern Command “is implementing additional force protection condition measures to increase security and awareness for all installations” in its area of responsibility.

Air Force base security and gate closures announcements have started to pop up on social media since the targeted strike. Each local military installation will brief its personnel on base-specific access rules and restrictions, according to NORTHCOM spokesman Lt. Cmdr. Michael Hatfield.