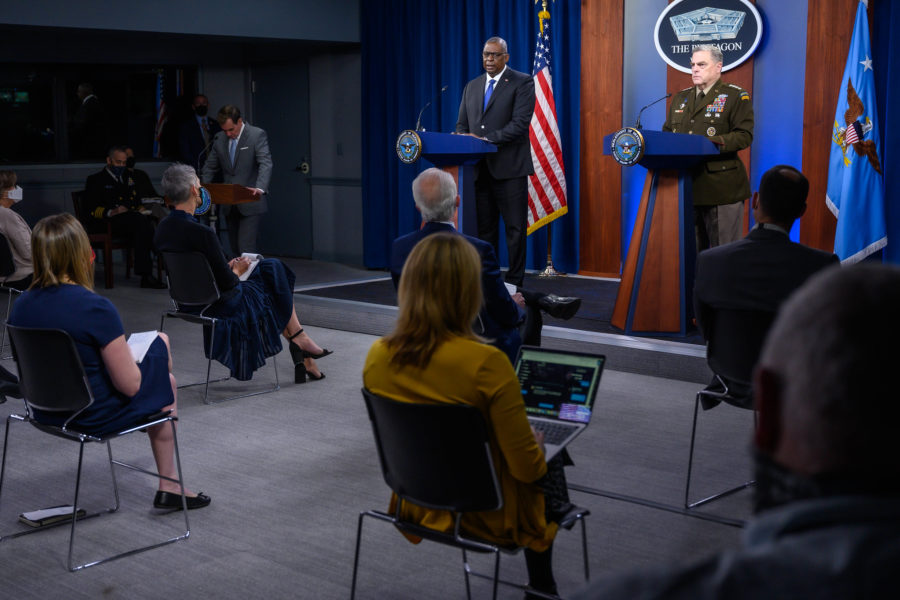 As momentum builds within the Pentagon and on Capitol Hill to remove commanders from overseeing sexual assault prosecutions, top Defense Department leaders say they are open to the idea, but they want to give a commission time to finish its work, and they want to have discussions with service leaders before making any changes.

Defense Secretary Lloyd J. Austin III, when he took the position in January, made addressing sexual assault in the military a top priority and convened an independent commission to look into ways to address the issue. A preliminary report from the commission recommends removing the chain of command from prosecuting sexual assault, while a new measure in the Senate has dozens of cosponsors aiming to do the same.

“All options are on the table” to address the issue, Austin said. While the Defense Department has historically handled the issue one way, “We really need to kind of broaden our horizons and begin to look at things differently and be willing to take different paths to improve things.” This will also likely include steps beyond the chain of command issue, he said.

“This is very important to me, and it’s very important to this entire department,” Austin said. “And we’re going to stay sighted on this until we find ways to improve. I think the accountability piece of it is a very important piece, but it’s not the only piece. You know there are climate issues, how we take care of victims issues. There are a number of things that the independent review commission are looking at that will add to this entire picture here.”

Chairman of the Joint Chiefs of Staff Gen. Mark A. Milley said his view of the issue has evolved and that he’s open to changes such as removing the chain of command from the process simply because the problem has grown so large with no positive changes.

“I was the Chief of Staff of the Army for four years, and I’ve been the Chairman for coming up on two, and … what has caused me to have a change—and I’ve given it a lot of hard thought—[is] we haven’t moved the needle,” Milley said. “That’s the bottom line. We haven’t resolved this issue.”

Recent data, based on surveys, estimates that about 20,000 men and women were sexually assaulted within the military in the past year, Milley said. That amounts to about 1 percent of the total force, and the number has not gone down over time.

Additionally, surveys have shown that younger troops do not trust their chain of command to handle sexual assault investigations, he said. “We, the chain of command—the generals, the colonels, the captains, and so on—we have lost the trust and confidence of those subordinates in our ability to deal with sexual assault,” Milley said. “So, we need to make a change.”