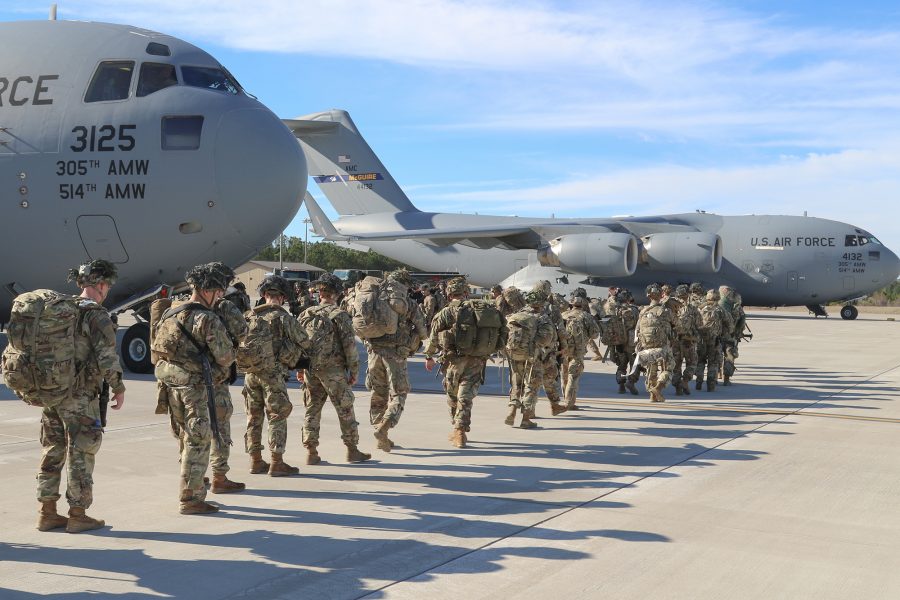 The Pentagon is bolstering security at the US Embassy in Iraq after Iranian-backed militias attacked it on Dec. 31, 2019.

About 750 soldiers are immediately deploying, with more possible over the next several days, while US forces in Iraq are prepared to take “pre-emptive” action if there are indications that the safety of American personnel is threatened, Defense Secretary Mark Esper said.

Other forces have been “alerted” to be ready to deploy “if necessary, depending on the situation,” Chairman of the Joint Chiefs of Staff Gen. Mark Milley told reporters on Jan. 2. The US is confident in the security of its embassy and personnel in the heavily fortified green zone, he said, noting there is ample air and ground combat power in the region, so “anyone who attempts to overrun that will run into a buzz saw.”

“Let me speak directly to Iran and to our partners and allies,” Esper said in a statement. “To Iran and its proxy militias: We will not accept continued attacks against our personnel and forces in the region. Attacks against us will be met with responses in the time, manner, and place of our choosing. We urge the Iranian regime to end their malign activities.”

On Dec. 31, Iranian-backed militias and supporters stormed the US embassy in Baghdad, torching a reception area and tearing down walls before retreating the next day. US Marine Corps quick reaction forces in the region immediately responded on MV-22 Ospreys, with AH-64 Apaches also flew show of force flights over the area.

The tense situation began with a rocket attack on a base in Kirkuk, killing a US contractor and injuring four US forces. In response, US aircraft conducted an airstrike on Dec. 29 on a location ran by Kataeb Hezbollah, an Iranian-backed militia. The militia and its supporters stormed the embassy after funerals for those killed in the airstrike.

“We know it was Iranian-backed Shia militias because key leaders were spotted in the crowd and some militia members showed up wearing their uniforms and carried the flags of their militia, including KH,” Esper said in a statement. “We continue to urge the Iraqi government to prevent further escalation.”

“This is why we exist,” the 82nd said on its Twitter feed. Air Mobility Command, in its own tweet, added its airmen are proud to “partner with and deliver” the soldiers where needed.