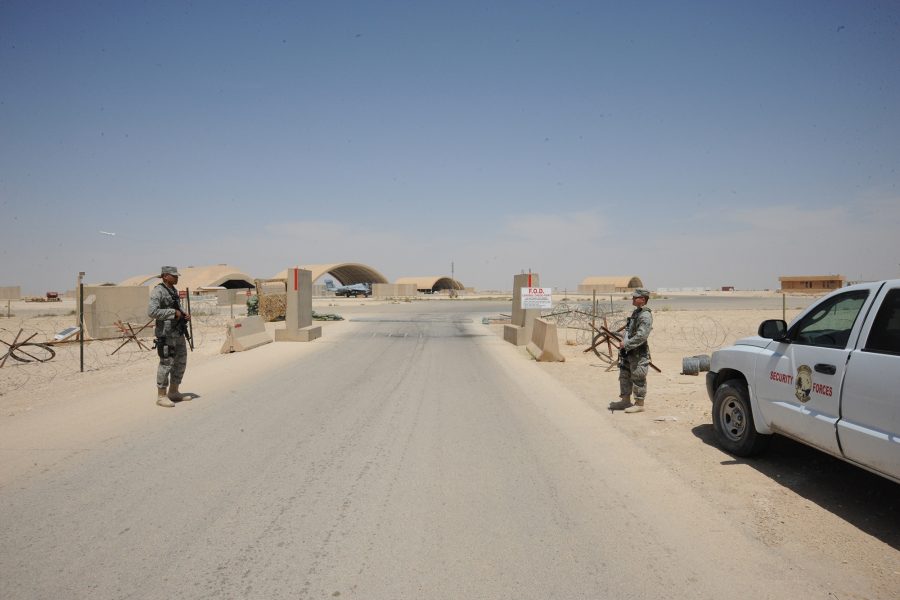 The Pentagon said Iran fired more than a dozen ballistic missiles at two bases in Iraq hosting US personnel on Jan. 7 with unknown casualties and damage.

The missiles, which were launched from inside of Iran around 5:30 p.m. EST, targeted US bases at Al Asad and Erbil in Iraq in what Tehran is saying is revenge for the US killing of its senior military leader, Qassem Soleimani, on Jan. 3.

Iranian Foreign Minister Javad Zarif announced the conclusion of the strikes around 10 p.m EST via Twitter.

Defense Secretary Mark Esper, Chairman of the Joint Chiefs of Staff Gen. Mark Milley, and other senior military and intelligence officials met with President Donald Trump in the aftermath of the strike. Trump, in a tweet late Jan. 7, said the initial assessment showed limited damage to US assets in the attack.

CNN, citing US defense officials, reported that there had been no US casualties, though Iraqi personnel had been injured or killed in the attacks.

Iran’s state-run Fars News Agency said the operation, which it called “Martyr Soleimani” included “tens of ground-to-ground” missiles. Iran has repeatedly targeted US forces indirectly through proxy militias throughout the Middle East in recent years. However, if confirmed to be a ballistic missile launched from inside its borders, it would be the first time Tehran has directly targeted Americans with its military in recent history.

The last direct kinetic hostilities between the US and Iran occurred last June, when Iran shot down a Navy RQ-4A BAMS-D high-altitude reconnaissance drone. Iran insisted the aircraft, which is a version of the Air Force Global Hawk, violated their airspace. Though Trump threatened a military response, he backed off, and the US instead conducted cyber attacks against Iranian missile control systems and stepped up economic sanctions on Iran.

Previously, in 2016, Iran seized two small Navy boats, which that country said entered its territorial waters, taking 10 US sailors prisoner for 15 hours before releasing them, unharmed. It was later determined that the boats had, in fact, passed through Iran’s territorial waters due to what the Navy termed a “navigational error.”

The Jan. 7 attack comes hours after Esper said the US should prepare for attacks from Iran, either from its militias or from the Iranian military itself.

Iran has the largest and most diverse ballistic missile inventory in the Middle East, with missiles able to reach as far as 2,000 kilometers away, according to a 2019 Defense Intelligence Agency assessment. Iran and its proxies have relied on the mobile, short-range ballistic missile Qiam-1 for recent attacks in locations such as Saudi Arabia and on ISIS targets in Syria.

The US can detect missile launch plumes using the Defense Support Program and SBIRS (Space Based Infrared System) satellites. A missile’s launch point can further be calculated through Army Patriot radar systems, which calculate the point of origin based on the missiles’ flight path.

The Pentagon said it has “taken all appropriate measures to safeguard our personnel and partners,” in recent days in response to Iranian threats. “These bases have been on high alert due to indications that the Iranian regime planned to attack our forces and interests in the region.” The department will “take all necessary measures to protect and defend US personnel, partners, and allies in the region.”

Al-Asad is the US military’s major operating base inside Iraq, situated west of Baghdad. It has been a focal point of US operations in the anti-Islamic State group fight, hosting USAF assets such as C-130s, HH-60s, A-10s, and F-16s. It has become a high profile image of the US presence in Iraq, with President Donald Trump visiting in December 2018 and Vice President Mike Pence visiting in November 2019.

In a Jan. 7 briefing before the Iranian attack, Esper said the US acted on intelligence that Soleimani was just “days” away from an attack targeting Americans. The international community and some members of Congress had been skeptical about the “imminent” threat, which several US leaders have cited as the main reasoning behind the strike. Pentagon leaders were on Capitol Hill prior to the missile attack to brief the “Gang of Eight” —the top Republican and Democrat in the Senate and House and the chairmen/ranking members of House and Senate Intelligence Committees—on the intelligence behind the strike, with a briefing for all members expected Jan. 8.

“He [Soleimani] was clearly on the battlefield,” Esper told reporters during the briefing. “He was conducting, preparing, orchestrating military [operations]. He was a legitimate target and his time was due.”