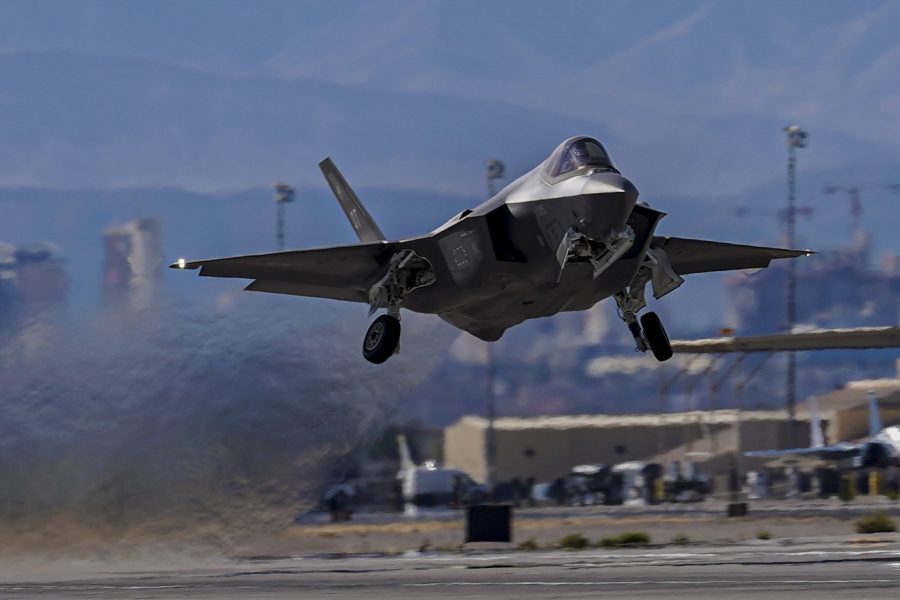 Another fifth-generation wireless connectivity initiative will come to Nellis Air Force Base, Nev., as part of the Pentagon’s broader push into 5G research.

The Defense Department announced May 28 its research and engineering branch will partner with the Air Force Warfare Center to build a 5G cellular network at Nellis for defense and civilian use.

Officials aim to use the network for two main purposes. One is to set up 5G-enabled command and control operations. Updated C2 software could “incorporate human-machine interfaces, which go beyond simple graphic-user interfaces and may include audio, gestures, augmented reality devices, and haptics that stimulate touch and motion,” according to a DOD release.

The other is to practice chopping up the network into portions with different speeds and reliability levels needed for a range of uses, an approach known as network slicing. “This prototype will also test interoperability with legacy and future generations of cellular and mobile networking,” DOD said.

The Information Warfare Research Project, a Navy and Marine Corps-focused industry consortium, will solicit prototypes from its members for the project.

“The network will feature relocatable cell towers that can be set up and taken down in less than an hour,” the Pentagon said. “Testing will involve mobile operations centers where team members will use the network while on the move.”

Construction is slated to begin in July and the network should be up and running to start testing in January 2021, according to Joseph Evans, DOD technical director for 5G and the lead for the department’s 5G development effort. Tests will run in three yearlong phases, and only people involved in the testing will be allowed to use the private network.

In a separate project, AT&T said in January it would bring 5G infrastructure to Nellis in 2021 to “support wireless data and voice services” across the flight line, facilities, dormitories, and the Mike O’Callaghan Military Medical Center. The Air Force wants to roll out 5G to all of its bases nationwide in phases.

DOD said the newest 5G project is in addition to an experimentation and prototyping campaign that is exploring uses of faster, more reliable connectivity at Hill Air Force Base, Utah; Joint Base Lewis-McChord, Wash.; Marine Corps Logistics Base Albany, Ga.; and Naval Base San Diego, Calif.