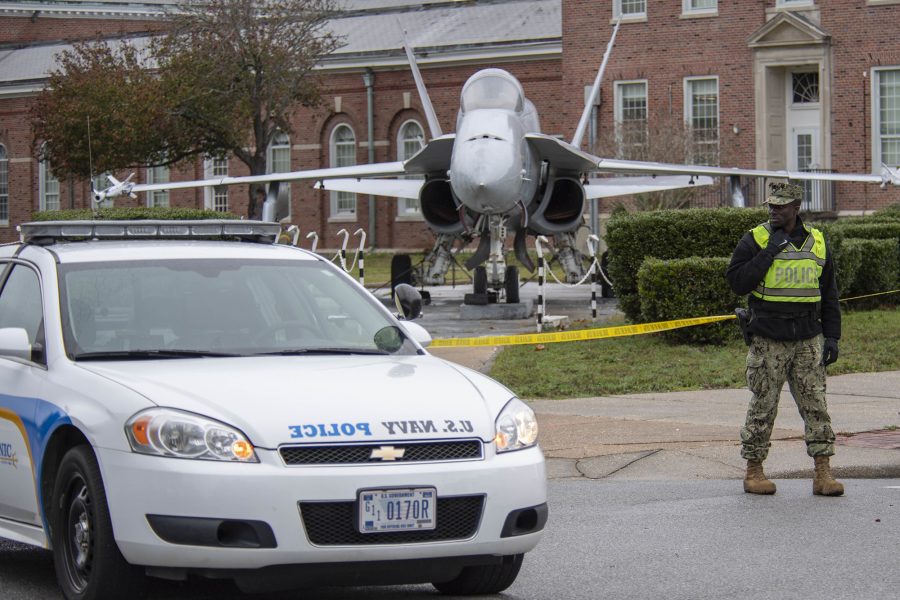 The Pentagon soon will announce new safety measures and restrictions on foreign military access to US bases in the aftermath of last month’s shooting at NAS Pensacola, Fla.

Defense Secretary Mark Esper will travel to the base next week to announce the measures. While there he will visit with first responders and others impacted by the Dec. 6 shooting by a Royal Saudi Air Force trainee who killed three US Navy sailors and injured eight more, Pentagon spokesman Jonathan R. Hoffman said during a Jan. 16 briefing.

“We’re looking at ways to ensure that … we’re taking all appropriate steps. We owe that to our people, we owe that to the families,” Hoffman said. “But we also want to ensure that this program continues. We believe that the international military student-training program is incredibly valuable.”

Previously, the Defense Department allowed the host nation, the Department of State, and the Department of Homeland Security to vet foreign students who come to the US for training. Going forward, the Pentagon will look at “additional sources of information that we have available to us,” Hoffman said.

Changes will not be specific to individual bases, but will apply “nation-wide” at all locations that have international students in training.

At any given time, there are about 5,000 international students in training at US bases. Within the past 20 years, more than 1 million students from about 150 countries have trained at US bases, Hoffman said, noting this training has proven to be valuable.

Air Force Chief of Staff Gen. David Goldfein said last month that combined training is key for interoperability with allies, and is an “asymmetric advantage we bring.”

“My biggest concern would be to walk away from a key relationship with folks we need when we go into combat,” he said.

US Attorney General William Barr this week called the shooting an “act of terrorism,” saying the shooter displayed a “jihadist ideology.” In the aftermath of the shooting and the Department of Justice investigation, Saudi Arabia has recalled 21 of its service members for what it says are actions “unbecoming an officer.”