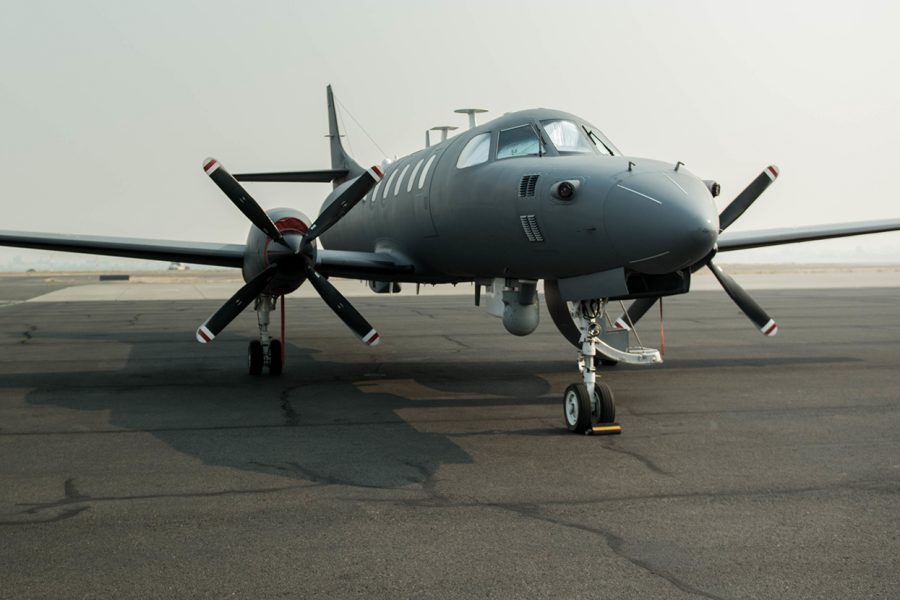 At issue are the RC-135, a small fleet with multiple varieties of planes used to gather information on things like electromagnetic signals and ballistic missile launches; and the RC-26, a niche Air National Guard aircraft that helps track suspects in civilian and military missions such as counter-drug cases. Its cameras and communications equipment also assist with disaster response, maritime patrol, and more.

In the bipartisan, bicameral compromise version of the 2020 National Defense Authorization Act released Dec. 9, lawmakers blocked the Air Force from spending money to retire or prepare to retire any RC-135s until 60 days after the Defense Secretary tells Congress that other technologies can match the plane’s capabilities and that those tools provide what global combatant commanders need for indications and warning, intelligence preparation, and support to airstrikes and other kinetic and non-kinetic operations.

The language doesn’t apply to RC-135s that can no longer fly because they are too damaged or expensive to repair.

Rivet Joints, Combat Sents, and Cobra Balls are part of a class of specialized ISR platforms that could be vulnerable to enemy air defenses in a future conflict, and officials have debated the merits of keeping the jets versus looking to get those same capabilities in new ways as part of the Advanced Battle Management System project or something similar. The platforms are based at Offutt AFB, Neb.

The bill similarly protects the RC-26B, telling the Air Force it can’t spend money to “retire, divest, realign,” or put the fleet in storage or in the backup inventory until the service secretary sends a report to Congress.

In February, Rep. Adam Kinzinger (R-Ill.), a lieutenant colonel in the Air National Guard who flies the RC-26, wrote in an Air Force Times op-ed that the plane is the service’s only aircraft that can perform counter-drug and border security for state and federal partners.

“Despite the important abilities of this reconnaissance plane, Air Guard officials announced they’ll be removing it from use, and will do so quickly,” he said. “Their announcement was made quietly, as the country’s attention was drawn to the government shutdown focused on the issues on our southern border. … I’m sure the President would be surprised to learn of the Air Guard’s decision to retire one of our most valuable aircraft for border patrol missions.”

Congressional language would hold up the ANG’s effort. No more than 90 days after the legislation is signed, lawmakers want to hear how the Air Force supports civilian and military ISR needs using the RC-26B, which of those needs the service should actually be tasked with addressing, and how it could handle those requirements without the plane.

To move toward retirement, the Air Force needs to compare the costs and effectiveness of using other ISR tools instead, and consider how other military and civilian organizations could supplant those capabilities, too.