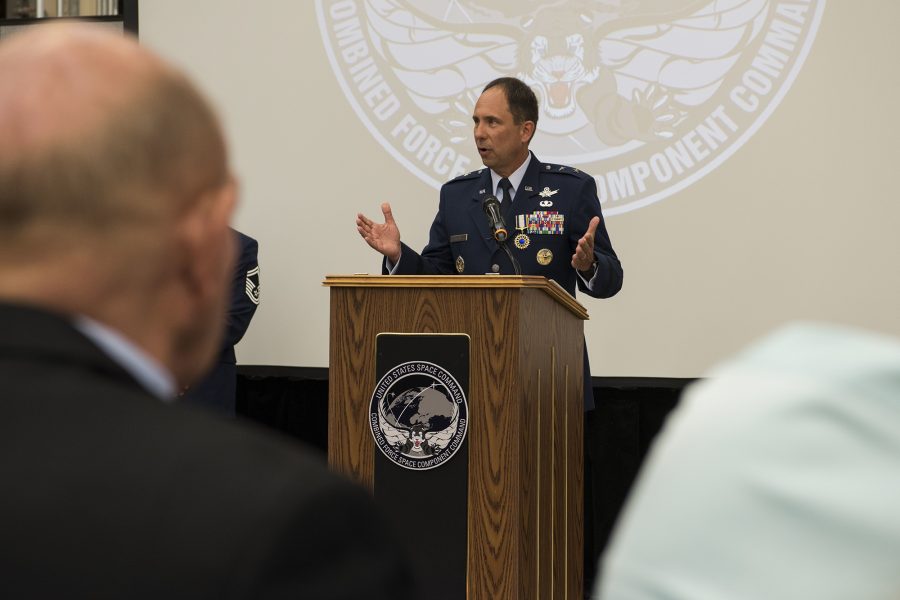 The Space Force has three weeks to come up with an initial organization plan that Congress wants by Feb. 1, a service official said Jan. 10.

Maj. Gen. John Shaw, who serves as both US Space Command’s combined force space component commander as well as the Space Force’s Space Operations Command boss, said at an AFA Mitchell Institute for Aerospace Studies breakfast that they’re considering who the Space Force should recruit and how, what new groups should comprise the service, and how doctrine will shape the path forward.

Shaw emphasized the plan must improve on how space assets work with air, land, sea, and cyber forces, and how the US collaborates with other countries.

“How do we best leverage technology and wield it at the speed of war?” he said. “We’re trying to bake that in. I think we have some idea of what that looks like.”

Setting up teams so that people who work on technology development sit side-by-side with operators is one promising way of making the Space Force more adaptable, he added.

Space officials say they want to build a lean, agile service that breaks free of the Air Force mold while retaining a USAF spirit of innovation and independence. But many of those details are still unanswered or not yet public, after President Donald Trump signed legislation Dec. 20 establishing the Space Force as part of the Air Force.

SpaceNews reported Jan. 4 a group dubbed “Task Force Tang-O” is working out the specifics and has suggested creating a Space Operations Command, a Space Training and Readiness Command, and a Space Force Materiel Command, which would oversee multiple space research and acquisition organizations.

While Congress wants to see the fledgling service achieve the basic outlines of creating its own structure and culture within the next two years, the Defense Department is developing a five-phase roadmap that will ready the Space Force for full operations in 2024.

“This transition timeline was designed to ensure Space Force has enough time to develop procedures and hire enough people prior to assuming responsibility for critical missions,” the Air Force said in a recent release.

As part of the Fiscal 2020 National Defense Authorization Act, lawmakers asked for a slew of information in the first organizational blueprint, which should cover fiscal 2021-2025, and other reports. Members of Congress want to see the Space Force’s requirements for its procurement, development, personnel, construction, and operations accounts in the Feb. 1 report.

They also asked for the Defense Secretary to suggest amendments within two months of the law’s enactment to help “fully integrate the Space Force as an Armed Force, and the regular and reserve military and the civilian personnel of the Space Force, into current law.” A separate report, due within 180 days of enactment, would help ensure the Space Force brings in quality employees, sets up pay and promotion processes, details training, and more.