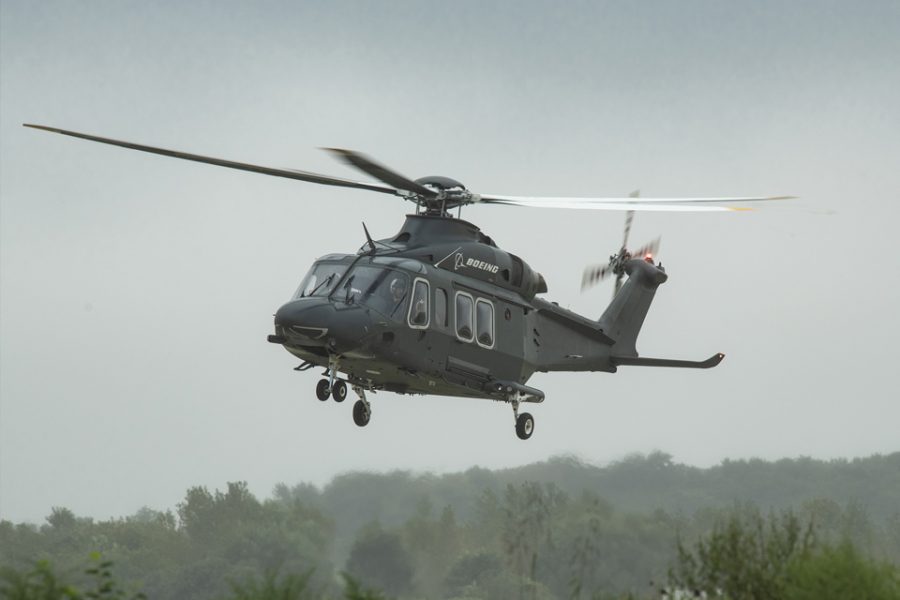 Lt. Col. Mary Clark will assume command of Det. 7 on Dec. 18, the day before Global Strike holds a naming and unveiling ceremony for the helicopter, which will replace the Vietnam-era UH-1N Hueys, according to a Dec. 6 release.

“Detachment 7 will manage four helicopters, with the first scheduled to be delivered Dec. 19 at the naming and unveiling ceremony,” according to the release. “The second aircraft is due to arrive mid-January 2020, while the third and fourth aircraft are scheduled to arrive in February.”

After years of delays, the Air Force fast-tracked its helicopter buy and required Boeing to deliver the first aircraft by the end of 2019. Global Strike boss Gen. Timothy Ray said in September that helicopters should be ready for operations in fiscal 2021.

Up to 84 new Boeing-Leonardo MH-139s will patrol nuclear missile fields and provide emergency and VIP transportation when needed, among other missions. USAF is paying $2.4 billion to procure the faster, longer-range fleet.

This story has been updated to reflect the correct cost of the MH-139 procurement contract.