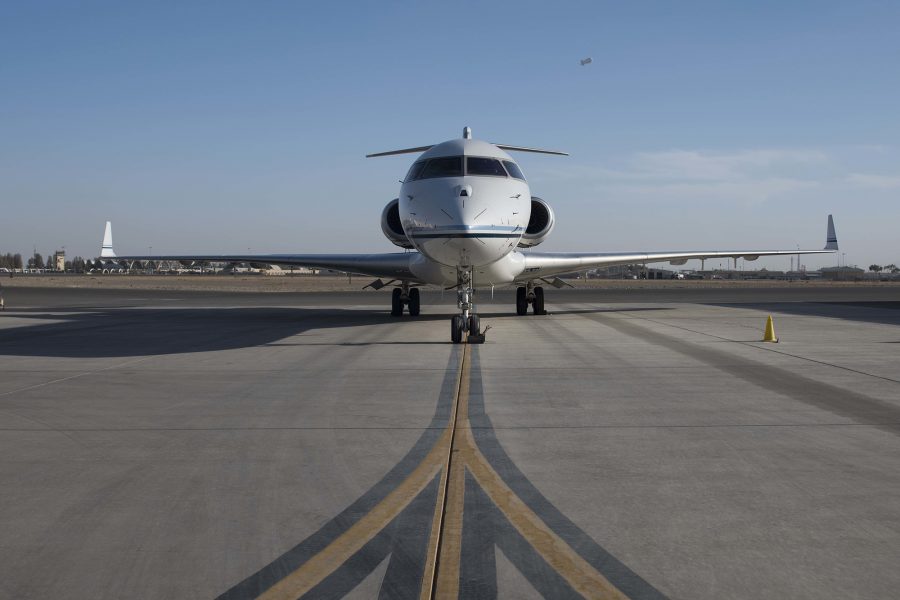 E-11A aircrew shut down the wrong engine during an in-flight emergency and were unable to restart the aircraft’s powerplants, causing the Jan. 27, 2020, crash that killed both pilots in Afghanistan, an Air Force investigation found.

“This tragic accident and the loss of these two Airmen will not be forgotten,” said Gen. Mark D. Kelly, commander of Air Combat Command, in a release. “These Airmen gave the ultimate sacrifice in service to the nation while deployed supporting an overseas combat mission. They should be recognized and remembered for their dedication and bravery.”

Around 11 a.m. local time, the pilots took off in the E-11A, tail number 11-9358, from Kandahar for a combat sortie that also served as a mission qualification flight for the co-pilot. About an hour and 45 minutes into the flight, the left engine catastrophically failed as a single fan blade separated and was ingested by the engine, according to an Air Force Accident Investigation Board report released Jan. 21.

The pilots heard a violent bang and the plane started to shake. The aircraft’s Full Authority Digital Electronic Control system sensed the engine’s problem and initiated a shutdown. This notified the aircrew through both an indication system in the cockpit and a caution light on the pilots’ glareshield.

The aircraft, flying at about 41,000 feet, could have made it to any of the closer locations but Voss attempted to fly back to Kandahar, and radioed air traffic control. “Mayday, Mayday, Mayday … it looks like we have an engine failure on both motors, we are proceeding direct to Kandahar at this time,” he said, according to the AIB.

The aircrew tried to airstart the engines, but they could not provide any usable thrust, meaning the plane could not make it back to Kandahar, and was then out of glide distance to the other bases.

This meant the crew had few options, and they attempted to then glide to FOB Sharana in Ghazni Province. The plane did not have enough altitude and airspeed to make it, and the crew tried to land on rough terrain about 21 nautical miles short of the FOB. The E-11 was damaged significantly when it touched down, skidding about 340 meters. The aircraft was destroyed, and the pilots were fatally injured.

After the crash, the aircraft’s emergency locator transmitter activated and nearby A-10s diverted to try to locate the downed plane. They found it, but weather obscured the area and prevented a search and rescue team from recovering remains the day of the crash. The next day, crews were able to recover the pilots’ remains, the cockpit voice recorder, and the digital flight data recorder. U.S. assets destroyed the plane in place.

The Air Force AIB states the main cause of the crash was the aircrew mistakenly determining the right engine had failed, shutting it down and causing the dual engine out emergency. Investigators also found the decision to try to make it back to Kandahar contributed to the mishap.

The E-11A is a small, unique aircraft in the Air Force’s fleet. Before the mishap, the service had four of the aircraft based at Kandahar to help troops communicate on the ground using what previously were incompatible systems. The Air Force developed the aircraft as an urgent operational need after communication problems were identified in Operation Red Wings in 2005.