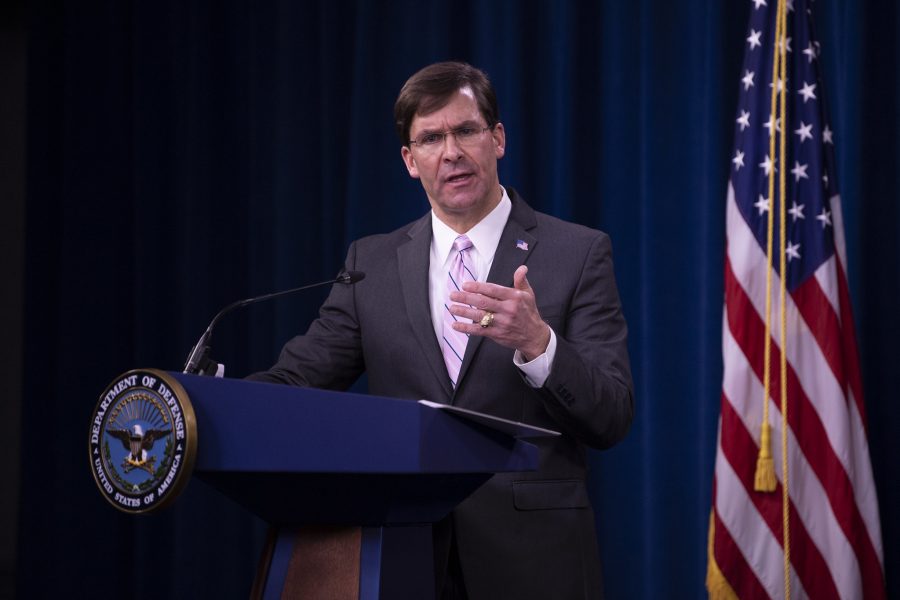 The Pentagon will extend its stop movement order, currently set to expire May 11, and limit the exemption process to further address the spread of the new coronavirus, Defense Secretary Mark Esper said.

Esper first ordered military personnel across to globe to limit movement in mid-March, with several officials including USAF Chief of Staff Gen. David Goldfein saying the restrictions could be extended. Esper confirmed April 14 that an extension is coming, though the details are being finalized. The order will likely last into the summer, with a review process every 15 days to allow for a curtailment or further extension.

“The key thing is to protect our people and make sure we’re ready to act,” Esper said.

Undersecretary of Defense for Personnel Matt Donovan will announce the changes in the near future, with the goal to give personnel enough notice to make adjustments, Esper said. The eventual decision to reopen travel within the military will be “driven by science” and the understanding of the virus. Military personnel and their families move around the globe, and require significant logistical help to move their household goods and enroll in schools.

“Before I start moving people around, having people conduct [permanent change of station] moves, I want to make sure I can do it with a high degree of confidence that I will not spread the virus and contaminate units and communities,” Esper said.

The new coronavirus has spread throughout the military, with 2,618 cases in the military, including at least 294 among Active Duty and Reserve Airmen as of April 14. Including civilian, dependents, and contractors, there are 4,769 total cases, including those who have recovered as well as deaths.