Skip to content
US airmen from the Pennsylvania Air National Guard assigned to the 340th Expeditionary Air Refueling Squadron conduct a preflight briefing in front of a KC-135 at Kandahar Airfield, Afghanistan, in support of Operation Freedom's Sentinel on Nov. 13, 2019. Air Force photo by A1C Brandon Cribelar.
Expand Photo 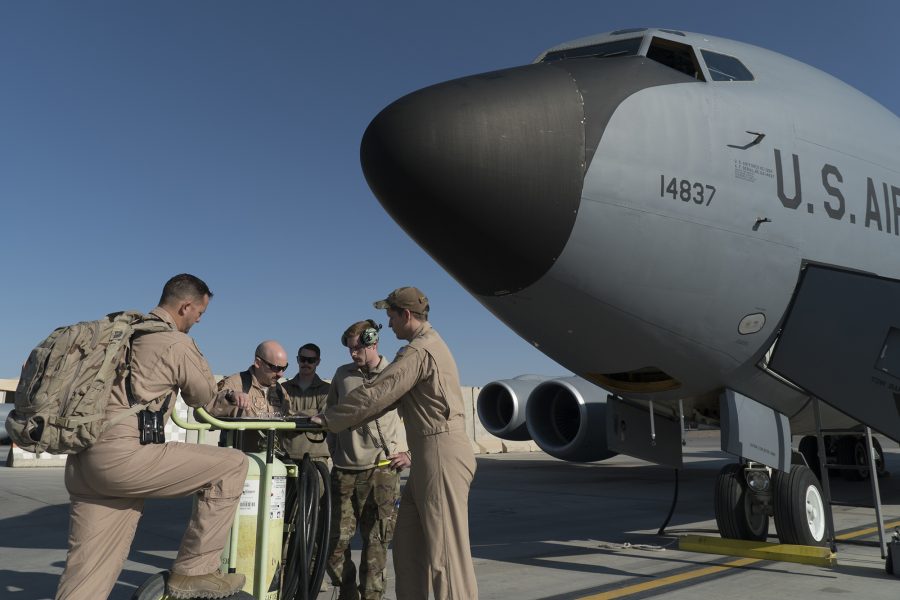 Esper: Drawdown in Afghanistan Possible, Would Enable Shift to Pacific

“I would like to go down to a lower number because I want to either bring those troops home, so they can refit and retrain for other missions or/and be redeployed to the Indo-Pacific to face off our greatest challenge in terms of the great power competition that’s vis-à-vis China,” Esper told journalists following reports that President Donald Trump will announce a reduction in the number of US forces deployed to Afghanistan.

Resolute Support mission command believes it can conduct the counter-terrorism mission with a smaller number of personnel, while continuing to train, advise, and assist Afghan forces “so that we ensure that Afghanistan never again becomes a safe haven for terrorists,” Esper said.

Earlier Dec. 16, Sen. Lindsey Graham (R-S.C.), speaking in Kabul, said the reduction could bring the number of Americans deployed to Afghanistan down to 8,600 from 12,000. Graham said he would support the move, which could come within the “next few weeks,” though he emphasized that any drawdown must be “conditions-based.”

A withdrawal also depends on whether the Taliban keeps promises it has made in talks, though such talks have been on pause since the Dec. 11 Taliban attack on Bagram Air Base.

Esper said the best solution is a “political agreement,” though a reduction in the troop level is still possible without one. There are no orders to do that, yet.

“We’ll just take this a day at a time and see how things play out in the coming weeks,” Esper said. “This is a conversation that has to be had between me and the Secretary of State. We want to consult closer with our allies, but at the end of the day it will be the commander in chief’s decision.”