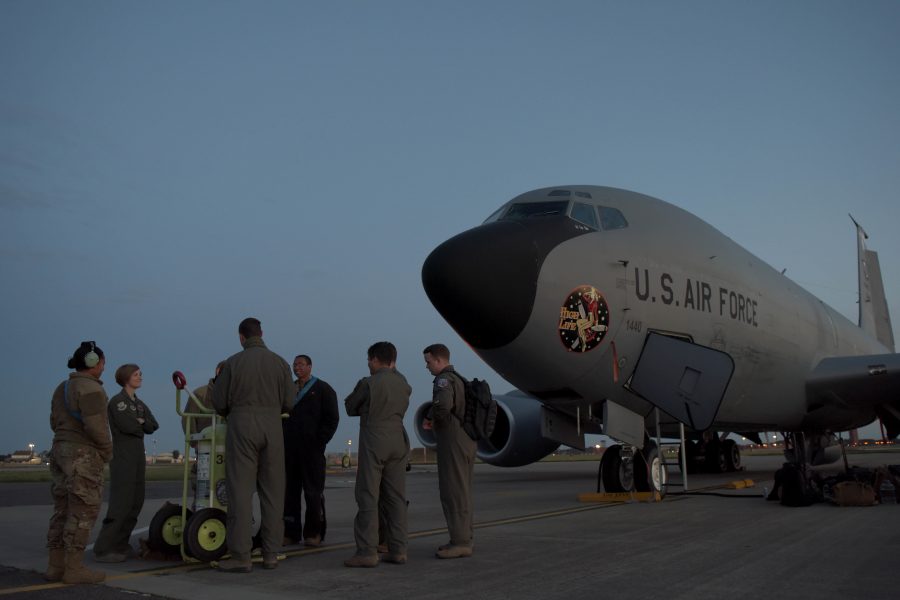 RAF Mildenhall, U.K., will remain open and keep its American refueling and special operations missions through the 2020s, reversing the Pentagon’s original 2015 plan to consolidate bases and infrastructure across Europe.

The Pentagon last week announced broad plans to downsize the troop presence in Germany, including keeping the 100th Air Refueling Wing and 352nd Special Operations Wing at Mildenhall instead of moving them to Germany’s Spangdahlem Air Base in 2022. The 2015 European Infrastructure Consolidation plan was unpopular and long targeted for change, Defense Secretary Mark T. Esper said Aug. 5.

The military has debated for years whether to keep Airmen at Mildenhall, the only permanent U.S. air refueling wing in Europe. The base hosts more than 4,200 Active-duty Airmen, according to Air Force Magazine’s 2020 almanac.

“[It] made obvious strategic sense in the wake of the [National Defense Strategy],” Esper said during an online Aspen Institute event. “We’re keeping 2,500 Airmen there.”

He did not offer specifics on why it is strategically beneficial to remain in the United Kingdom instead of Germany.

Pentagon, U.S. European Command, and Air Force officials argue that stationing tankers and special operations forces in the U.K. will ensure “the uninterrupted readiness and responsiveness of these units.”

When the Defense Department outlined its vision to consolidate unused infrastructure across Europe in 2015, officials at the time pointed out that Spangdahlem had expanded and updated its facilities. Two F-16 squadrons there also consolidated into one in 2010, and an A-10 squadron left in 2015, making room for aircraft under a new mission. Moving special operations forces, including CV-22s and MC-130s, to Germany would have put them closer to Army Special Forces.

Officials pushed the 100th ARW’s move from 2022 to 2027, before putting it on hold earlier this year. Wing officials said early in the process that transition plans had started, including moving some support to nearby RAF Lakenheath, U.K., though none of the steps were irreversible.

Without newcomers from Mildenhall, and the Pentagon’s proposal to shift the 480th Fighter Squadron from Spangdahlem to Italy, Spangdahlem will no longer have a permanent flying mission. The 480th FS is the sole flying squadron under the 52nd Fighter Wing stationed at the German base.

Base officials say, however, that the 52nd Fighter Wing should keep its other missions—providing “credible deterrence for NATO,” offering inter-theater airlift, building partnership capacity, and bringing in people and resources to prepare them for deployment.

Esper said Aug. 5 that the proposal to remove the 11,900 forces from Germany stemmed from his order for each combatant command to review its overall force structure, and was accelerated by President Donald J. Trump’s June directive to draw down the American footprint there.

While senior defense officials maintain the plan is not specifically about Germany’s defense spending and instead reflects an overall strategy of flexibility and deterrence, Trump on Aug. 5 repeated his belief that Berlin needs to offer the NATO alliance more money to keep U.S. troops around.

NATO member countries aim to spend 2 percent of their gross domestic product on defense, but Germany and many others fall short of that goal.

“Germany is a wealthy country and they have to pay, and we’re not going to have 52,000 troops in Germany, where they make a fortune off the troops, they build cities around our troops,” Trump said during an appearance on Fox and Friends, referring to the previous, maximum number of U.S. personnel that could be deployed to the country. “Germany took advantage.”